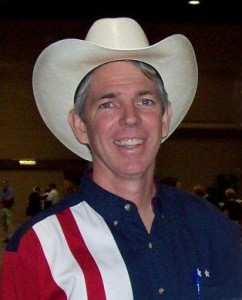 Last month, right-wing psuedo-historian David Barton appeared on “The Patriot and The Preacher” radio program, where he claimed that “biblical teaching” were responsible for a 75 percent reduction in violent crime in the city of Las Vegas, Nevada.

Barton said that he was “a math and science guy” before God “providentially” led him into the study of American history, prompting him to reiterate his claim that it was in this capacity that he discovered that the removal of mandatory prayer from public schools was responsible for a steep decline in academic achievement. For example, Barton believes that the end of school-sponsored prayer led to a significant drop in SAT scores.

Barton claimed that he could prove this via “double causation,” which he later called “double correlation,” by showing that just as removing organized prayer from public schools leads to lower test scores, adding the “God factor” to schools increases test scores.

“There appears to be a God factor in this thing,” he said, “and we were able to document actually 47 categories of government-kept statistics that plummeted at that point in time when we told God to take a hike. Apparently He did and it hasn’t worked out too well for us since then. But when God is reintroduced back into policy, for instance, in Las Vegas, the churches there worked with the police department to teach morals in the city, the violent crime rate has gone down 75 percent in Las Vegas by the reintroduction of biblical teachings back in the city through the police department and the churches.”