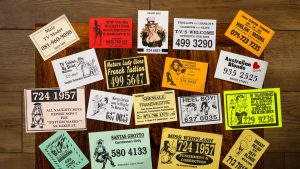 In the 1980s a change in the law meant UK phone boxes became noticeboards for business cards selling sexual services. As well as accumulating a cult following, these miniature advertisements tell us a lot about fluctuations and fashions in what was on offer.

By Dr. Kate Lister / 10.17.2018
Lecturer in the History of Sexuality
Leeds Trinity University

The sex trade is as old as civilisation itself, and as long as people have been buying and selling sexual services, the authorities have been trying to regulate it. As a historian of sex work, I can tell you that no attempt to abolish prostitution through criminalisation has ever been successful. What’s more, the threat of punitive measures forces the trade underground, and creates dangerous working conditions. 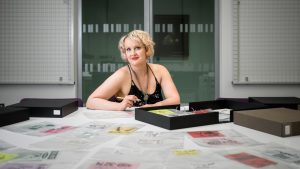 The dilemma faced by every sex worker operating under criminalisation throughout history is how to attract clients without also attracting the attention of the law.

Like many industries, sex work has been revolutionised by the rise of the internet, and the online market is now the largest sector of the UK sex industry. But how did sex workers advertise and contact clients before the internet? 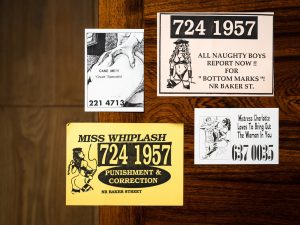 In 1956 it became illegal to solicit on the streets, so sex workers had to find new ways to recruit clients. Indoor sex work, in brothels and saunas, is generally safer than street sex work, but often requires a third party, who will take a cut of the profit. So to obviate the need for a go-between, sex workers began to advertise their services with small, cheaply produced cards that were placed discreetly in newsagents’ windows.

These colourful, bold advertisements came to be affectionately known as ‘tart cards’, and the thousands housed at Wellcome Collection offer a valuable insight into the hidden history of selling sex. 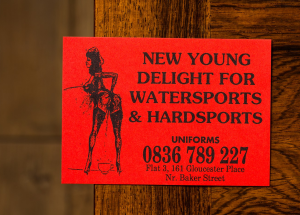 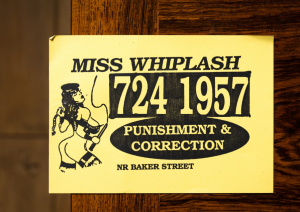 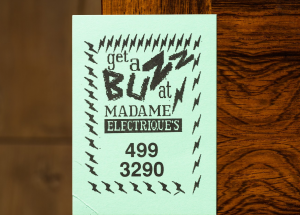 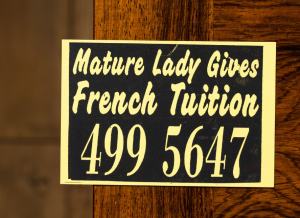 Collected between April and May 1993 / Wellcome Collection, Creative Commons 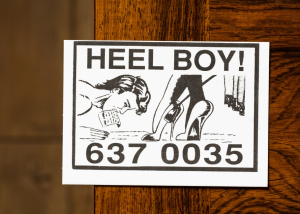 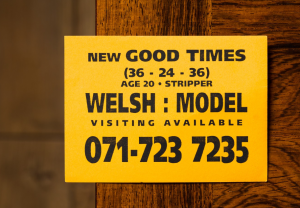 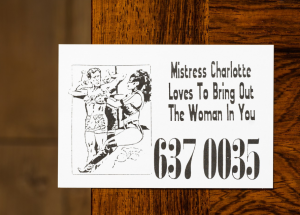 The 1953 Post Office Act made it illegal to advertise in or “in any way disfigure” telephone boxes in the UK. When this act was repealed in 1984, business-savvy sex workers were quick to move their cards out of shop windows and into public telephone boxes. Although tart cards are still found in the telephone boxes of cities all around the world, they garnered something of a cult following in Britain, and are most immediately associated with London. 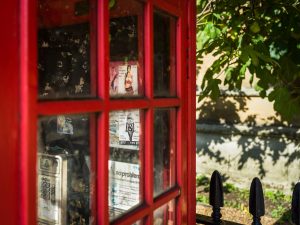 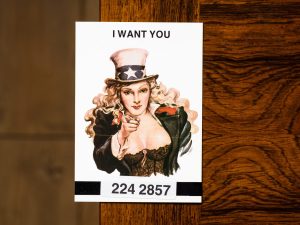 The cards offered sex workers a basic form of client screening. The only contact detail provided is a phone number, which the client would call to discuss what they wanted, as well as arranging a time and place. The provider would only give out an address once they had established that this was someone they wanted to see. 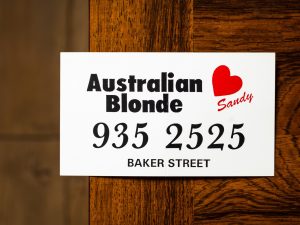 Not only are the simple designs quite beautiful, but they also allow historians to chart fluctuations in the sex-work community, the supply and demand of sexual services, and even patterns of migrant sex workers in the capital. 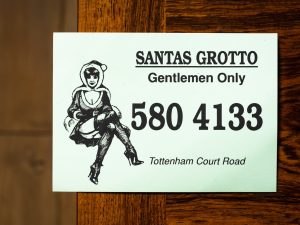 “Saucy puns and wordplay are found in many of the seasonally themed cards.” / Wellcome Collection, Creative Commons 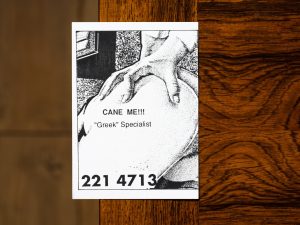 One service widely advertised in the cards but not seen as often today is “TV Services”. ‘TV’ stands for ‘transvestite’, which in the early 1990s was a clunky catch-all term for someone who had been assigned male at birth but wished to explore gender roles. 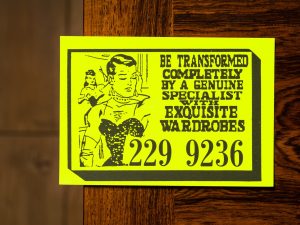 “In the pre-internet world, there were precious few spaces where individuals could safely express their true gender identity.” / Wellcome Collection, Creative Commons

Some of the TV services on offer fed in to a dominant and submissive exchange – what the kink community call ‘forced feminisation’ or ‘sissification’ today. But many providers were offering “wardrobe” services, meaning they had a safe space where clients could explore make-up, clothes, wigs, etc. Others offered “TV instruction”, to “bring out the woman in you”, where they would work with a client on becoming more “feminine”. In the pre-internet world, there were precious few spaces where individuals could safely express their true gender identity.

The Demise of the Tart Card

In 2001, tart cards had become such a nuisance in the UK that the Criminal Justice and Police Act made placing them in phone boxes punishable by six months in prison or a fine of up to £5,000. You can still find the odd card here and there, but as the mobile phone has rendered the phone box redundant, and the internet has created a far safer way for sex workers to advertise to clients, the humble tart card has had its day.

But this is no bad thing. ‘Beyond the Gaze’ was a three-year research project that ran from 2015 to 2018 and looked at the effect of the internet on the UK sex industry. The study found that 89 per cent of UK sex workers felt online platforms had allowed them to work more independently, 85 per cent reported using the internet to screen and monitor their clients, and 78 per cent said that advertising online had improved their quality of life. 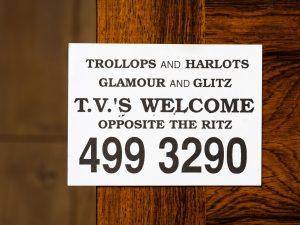 “TV stands for ‘transvestite’, which in the early 1990s was a clunky catch-all term.” / Wellcome Collection, Creative Commons

Tart cards are a remarkable and unique piece of history. They reveal so much about our collective sexual past and allow us to peep into the bedrooms of yesteryear, but cultural attitudes to sex work have changed. New technology has taken most sex work off the street and certainly out of the phone box. It has made sex work safer for those who choose to do it.

Sex workers have the right to work safely and to be respected, and the tart card is symptomatic of a culture that didn’t recognise that. As wonderful as they are, the best place for them is in a museum.