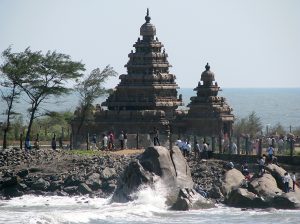 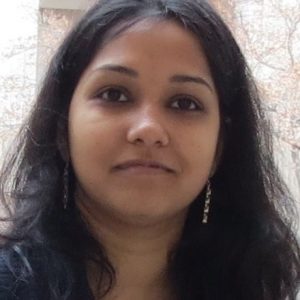 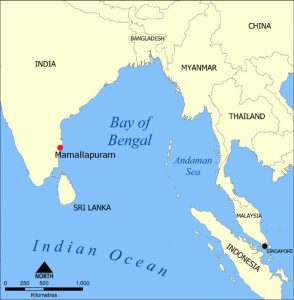 Along the shores of one of the largest bays in the world, the Bay of Bengal, stands a temple complex that draws inspiration from the sea and its naturally occurring rock formations. The majestic Shore Temple (known locally as Alaivay-k-kovil) sits beside the sea in the small town of Mamallapuram in the state of Tamil Nadu in India. This complex of three separate shrines was constructed under the patronage of the Pallava king Nrasimhavarman II Rajasimha, who ascended the throne in 700 C.E. and ruled for about twenty years.

The Pallavas and the city of Mamallapuram

Mamallapuram, also known as Mahabalipuram, was an important port town during India’s early history and developed as a key center for artistic activity under the patronage of the Pallava rulers. Nrasimhavarman I, who took the epithet Mamalla (meaning “great warrior”), ruled for about 38 years beginning in 630 C.E. and sponsored a large number of rock-cut monuments at Mamallapuram, including cave shrines, monolithic temples, and large sculptures carved out of boulders. While the Pallava kings primarily worshipped the god Shiva, they also supported the creation of  temples dedicated to other Hindu gods and goddesses and to other religious traditions such as Jainism. The Pallava rulers were particularly inspired by the growing personal devotional movement known as bhakti, in which worshippers approach the divine as a cherished child or loved one.

A temple in Dravidian style 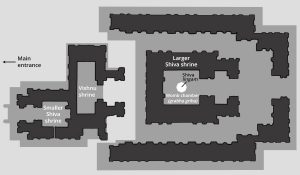 Plan of the Shore Temple 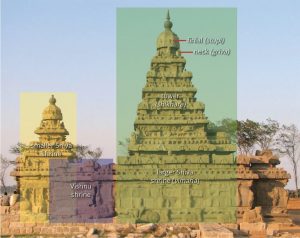 Indian temple architecture can be broadly divided into two schools: the Nagara, or the North Indian tradition, and the Dravidian, or South Indian style of architecture. Both Nagara and Dravidian temples consist of a main shrine (vimana) which houses the inner sanctum known as grabha griha (literally “womb chamber”), topped by a pyramidal tower known as a shikhara. At the Shore Temple, the entire superstructure has an octagonal neck (griva) topped by a round stupi or finial. Dravidian temples are typically enclosed within an outer wall (prakara, shown below) with a large gateway tower known as a gopura. 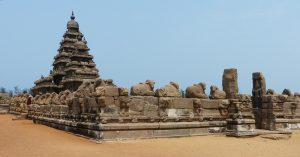 The development of early Indian architecture demonstrates a progression from structures of wood and timber to cave shrines, rock cut structures, and eventually freestanding temples constructed out of mortar and stone. Cave shrines were dug into cliffs and hills and their scheme and ornamentation clearly exhibit the continuing influence of traditions used in earlier wooden structures. The rock cut temples were constructed out of large freestanding boulders that artists would work by carving the rocks from the top to the bottom on both the exterior and interior simultaneously. 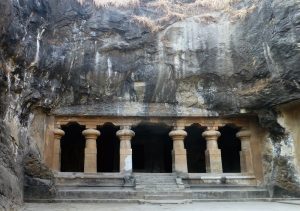 A temple with three shrines

The Shore Temple is both a rock cut and a free-standing structural temple. The entire temple stands on a naturally occurring granite boulder. The complex consists of three separate shrines: two dedicated to the god Shiva, and one to Vishnu. The Vishnu shrine is the oldest and smallest of the three shrines, The other elements of the temple, including the gateways, walls, and superstructures were constructed out of quarried stone and mortar. 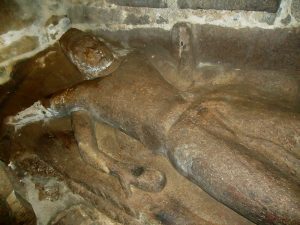 Image of reclining Vishnu in the Vishnu shrine of the Shore Temple (photo: Pratapy9, CC BY-SA 3.0)

The entrance to the temple complex is from the western gateway, facing the smaller Shiva shrine. On each side of the gateway stand door guardians known as dvarapalas who welcome visitors to the complex and mark the site as sacred. The smaller Vishnu temple sits between the two Shiva shrines, connecting the two. It has a rectangular plan with a flat roof and houses a carved image of the god Vishnu sleeping. Images of Vishnu reclining or sleeping on the cosmic serpent Shesha-Ananta, appear throughout Indian art. While the artists who made this carving did not include a depiction of Shesha-Ananta, it is possible that originally the rock was painted to include the snake. The shrine walls have carvings depicting the life stories of Vishnu and one of his avatars, Krishna. 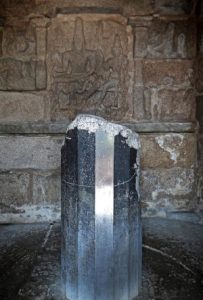 Lingam and carvings in the large Shiva shrine of the Shore Temple (photo: Jean-Pierre Dalbéra, CC BY 3.0)

Like the Vishnu shrine, the two Shiva shrines include rich sculptural depictions on both their inner and outer walls. The large Shiva shrine faces east, and has a square plan with a sanctum and a small pillared porch known as a mandapa. At the center of the shrine is a lingam, the aniconic form of Shiva in the shape of a phallus. Though the temple is not a site of active worship today, visitors can sometimes be seen worshipping and offering flowers to the lingam, bringing the sacred site back to life.

On the back wall of the shrine appear carvings of Shiva (this time in anthropomorphic or human-like form) with his consort, the goddess Parvati, and their son Skanda. The inner walls of the mandapa contain images of the gods Brahma and Vishnu, and the outer north wall of the sanctum includes more sculptures of Shiva as well as a depiction of the goddess Durga. The small Shiva shrine faces west and has a square plan with a sanctum and two mandapas. As with the larger Shiva shrine, the smaller shrine’s sanctum originally housed a lingam, which is now missing. A sculpted panel depicting Shiva, Parvati, and Skanda enlivens the back wall. Both Shiva shrines have identical multi-storied pyramidal superstructures typical of the Dravidian style. 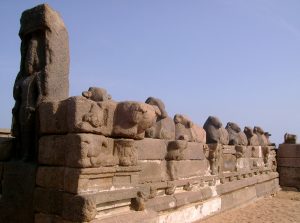 The rich sculptural program seen throughout the three shrines continues on the outer walls of the Shore Temple, facing the sea. Years of wind and water have worn away the details of these carvings, much in the same way that the sea erodes and shapes boulders over centuries. A row of seated bulls appear at the entrance wall (prakara) of the larger Shiva shrine. These bulls represent Nandi, the vahana or vehicle of the god Shiva. Nandi is believed to be the guardian of Shiva’s home in the Himalayas, Mount Kailasha, and a seated Nandi sculpture is an essential part of a Shiva temple.

As an architectural form, the Shore Temple is of immense importance, situated on the culmination of two architectural phases of Pallava architecture: it demonstrates progression from rock cut structures to free standing structural temples, and displays all the elements of mature Dravidian architecture. It signifies religious harmony with sacred spaces dedicated to both Shiva and Vishnu, and was also an important symbol of Pallava political and economic strength.

According to legend, sailors and merchants at sea could spot the shikharas of the temple from a distance and use those majestic towers to mark their arrival to the prosperous port city of Mahabalipuram. In this way, not only was the temple a home for the gods Shiva and Vishnu, but also a feature of the landscape, and an icon of the dominion of the great Pallava kings.