Most people will be much better off putting the money spent on a genetic test towards a gym membership, or a pair of trainers. 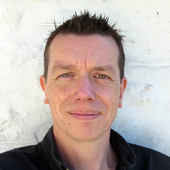 By Dr. Jonathan Pettitt / 08.08.2017
Reader in Genetics
University of Aberdeen

Genetic variation is an unavoidable feature of life. As a consequence of this – and unless you are an identical twin – you are genetically unique. You have a distinctive combination of genetic variants, almost all of which are shared with your parents, although shuffled into new combinations. With few exceptions, all of your characteristics, such as hair colour, height, ear wax quality, and disease susceptibility, are influenced by your genetics.

As a consequence, increasing numbers of people want to learn more about their genetic inheritance, which can be driven by a desire to find out whether they are carriers of, or possibly sufferers from, serious genetic disease. Other people are interested in what a genetic test might be able to tell them about their ancestry. Some people are simply curious. 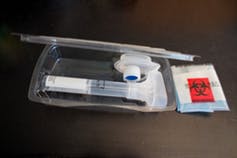 Direct-to-consumer genetic testing companies – which provide genetic tests based on a saliva sample that you send in from home – have proliferated in response to this demand in recent years. Big names include 23andMe, AncestryDNA and Orig3n.

But what can these tests actually tell you about disease risk? And how reliable are ancestry predictions derived from an analysis of your genetic makeup?

From population to personal

The key problem in understanding both disease risk and genetic ancestry when interpreting someone’s results is that our knowledge of both is mostly based on studying large populations. The person taking the test will want specific, personal predictions – but extrapolating results from population level measures of genetic risk to that of the individual isn’t straightforward.

For instance, our understanding of the genetic basis of a given human trait comes from making statistical associations between the trait and a specific genetic variant. For rare genetic diseases, such as Huntington’s Disease, the connection between the disease and the genetic variant that causes it is very strong, so disease risk can be predicted with some confidence. For more common diseases, or traits such as height and BMI, however, there are hundreds of genetic variants that make relatively small contributions to these. Predictions of individual risk in these cases then becomes extremely hard.

The difficulty in making personal disease risk predictions becomes more apparent when you discover that the most comprehensive direct-to-consumer genetic tests look for about 700,000 genetic variants. This sounds like a lot, but it is actually only a fraction of the genetic diversity that exists in each person. And without knowing the full complement of genetic variants, risk predictions for most diseases will be inaccurate. What this means is that at the level of an individual, our understanding of the genetic basis for most human traits is incomplete, complex and messy.

Ultimately, what most people will learn from such genetic tests will be of limited health care value; you are much better off putting the money you would spend on a genetic test towards a gym membership, or a pair of trainers – something that will have a proven effect on health and well-being. 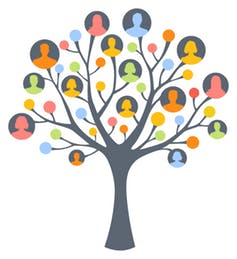 Our individual genetic diversity is obviously influenced by our ancestry, and some genetic testing companies will offer to connect you to famous people in the past, or to particular locations. However, here again we encounter the problem of inferring individual narratives from population-based information as what we know about human ancestry comes from studying the genetic histories of populations, not individuals.

For instance, if we assumed European ancestry then I wouldn’t need to charge your credit card or ask for a cheek swab to tell you that Abd-ar-Rahman III, the founder of the Caliphate of Córdoba (and descendant of the Prophet Mohammed), is your ancestor. Recent studies suggest that every person living in Europe about 1,000 years ago, if they left descendants, is an ancestor of every European today.

This is consistent with an earlier global mathematical modelling approach, which made the more startling prediction that every individual alive several thousand years ago (2,000-5,000BC, depending on the parameters of the model), assuming they left descendants, was the ancestor of every living person today. Everyone. So, without doing a genetic test, I can tell you, whoever you are, that you are descended from the people who founded Mesopotamia, as well as the rice farmers living on the banks of the Yangtze river. And they’re my ancestors, too.

Is it worth a spit?

Ultimately, genetic home testing can be an entertaining way of engaging with your genome. However, if you are wanting to get a better perspective on your personal disease risk, these kits are no substitute for professional healthcare services. And they are unlikely to tell you anything profound about your ancestral connections to famous people or locations in history.