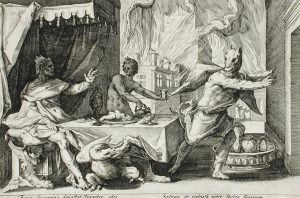 In Ancient Greek texts, the king Lycaon is punished for misdeeds by being turned into a wolf. / Wikimedia Commons

Tapping into ancient knowledge can help us feel connected to our ancestors – but that doesn’t mean we should take their advice.

Lifestyle company Goop – founded and run by actor and businessperson Gwyneth Paltrow – was fined US$145,000 (£112,000) for making unscientific claims about products on its website: specifically, that its jade and rose quartz eggs, intended to be inserted vaginally, could help to balance hormones and regulate menstrual cycles.

In a recent interview with the BBC, Paltrow defended the company, saying:

We really believe that there are healing modalities that have existed for thousands of years and they challenge … a very conventional Western doctor that might not believe, necessarily, in the healing powers of essential oils or any variety of acupuncture – things that have been tried and tested for hundreds of years. 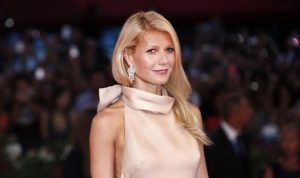 This isn’t the first time Paltrow has invoked the power of ancient “healing modalities”. In 2015, Paltrow endorsed “steam douching” as a means of cleansing the uterus – a practice Professor Emerita in Classical Studies Helen King traced back to fifth century Greece (to be clear, gynaecologists don’t recommend this).

The claim to be “ancient” taps into a belief – found throughout much of Western history since the Classical period – in natural sympathies: that certain objects (organic or otherwise) may be inherently imbued with beneficial properties that can be transferred to humans.

Of course, many ancient medicines are scientifically proven to be effective, and have been incorporated into modern pharmacology. For example, opioids – drugs naturally found in the opium poppy plant – were used medicinally as far back as the seventh century BC.

But human beings have long regarded objects or practices with undue reverence, simply because they are old. My research as a classicist focuses on the magical practices of the Romans, many of which were born of a belief that they were effective because they had existed for a long time, or that other people or cultures – party to arcane knowledge – might have been onto something good.

In the third century AD, Romano-Egyptian religious and magical beliefs became popular in the Western provinces of the Roman Empire for just this reason. So we find objects such as the Welwyn Charm – a tiny haematite ring setting which is engraved with a variety of deities and symbols: the Egyptian goddesses Isis and Bes, a lioness, an Ouroboros (a snake eating its own tail; a symbol of eternity) and a nonsensical Greek palindrome (a word that reads the same forwards as backwards). 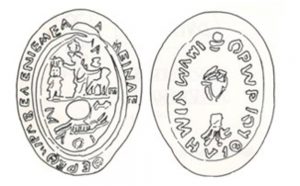 A line drawing of the Welwyn charm. The Roman Inscriptions of Britain, Volume II

The original user didn’t necessarily need to be able to understand the text or the images to figure out how it was supposed to work (in this case, as a protection from uterine diseases). Belief in the power of the arcane knowledge invoked by this exotic talisman would have been an important factor in their decision to use it as a treatment.

Looking back, we can trace the passage of such ancient, esoteric knowledge across the ages. A first century AD writer, Dioscorides, wrote a text called De materia medica (“On the medical materials”) in which he suggested that green stones could be used as an amulet to speed delivery in childbirth if strapped to the thigh. Perhaps a parallel for the Jade eggs sold by Goop? 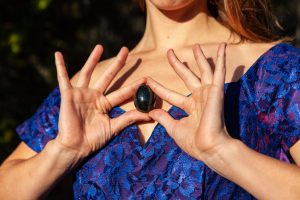 A contemporary of Dioscorides, Pliny the Elder was a Roman author, naturalist and philosopher, who died during the eruption of Mount Vesuvius. His work The Natural History was strongly influenced by contemporary and earlier writers. In it, Pliny sought to categorise and explain all of the wonders of the natural world. He even devoted two books to the properties of stones.

These ideas were picked up in the work of later writers. Take, for example, the lapidary of Marbodius of Renne, a French bishop in the 11th and 12th centuries. A translation of part of his work goes as follows:

Ten and seven species of jasper are found, Differing in colour all the world round; Hither and thither over the earth, The green and translucent are the best in their birth; Worn chastely, fevers and pestilence fly, And women in childbirth are helped thereby.

At this point, Marbodius was recounting knowledge of a medicinal use for a stone that was at least a thousand years old. This doesn’t take into account the mining and use of jade in China, which probably runs back several thousands of years. This long view offers a tantalising way for us to connect with our ancestors, via the thoughts we think and the behaviours we act out.

Yet as a classicist, I find Paltrow’s approach to ancient rituals and medicines to be a warped application of our work. A classical scholar would read Dioscorides and immediately start analysing the wider picture of his writing; investigating whether the descriptions of medicinal methods matched up against other contemporary or earlier records; reviewing the archaeological evidence and questioning who he was writing for and why.

Taking Dioscorides’ advice as gospel would be a dangerous idea, in light of modern scientific research. Yet there remains a sceptical strand of Western culture, which would seek to return to a time when we had fewer answers. Historians and archaeologists have an old maxim, which we often rely on: “absence of evidence is not evidence of absence”. We accept that our sources are, admittedly, patchy at the best of times. But this is taken as a reason to try and get closer to the truth, in spite of our limitations.