Washington suffragists supported the national crusade until the 1920 ratification of the 19th Amendment to the U.S. Constitution. 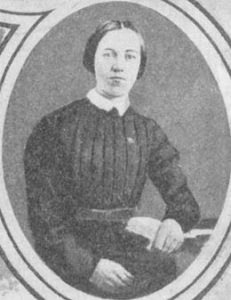 American women’s crusade for equal suffrage began in July 1848 at Seneca Falls, New York. At Seneca Falls, 200 women and 40 men signed the Declaration of Sentiments and Resolutions, and formed the National Woman Suffrage Association. One of the signers was Catharine Paine (1829-1908), who moved to Seattle in 1853 as the wife of the Rev. David Blaine (1824-1900).

Locally, the question of votes for women is as old as Washington Territory. At the inaugural session of the Washington State Legislature in 1854, Seattle’s Arthur Denny (1822-1899) proposed a bill to “allow all white women over the age of 18 years to vote.” Certain dissenting lawmakers were married to Indian women and some thought that was why the law failed to pass. Later election codes granted the right to vote to “all white citizens” but legislators repeatedly voted down proposals to concede that women were citizens. 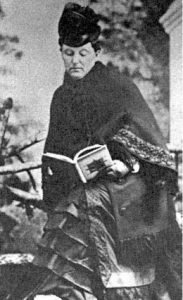 In 1871, Oregon’s leading suffragist, Abigail Scott Duniway (1834-1915), persuaded Susan B. Anthony (1820-1906), a national leader of the suffrage movement, to join her on a 2,000-mile, two-month lecture tour of Oregon and Washington. Anthony’s eloquent addresses to the territorial legislature in Olympia and to a responsive crowd at Seattle’s Brown Church galvanized both supporters and opponents. A pro-suffrage newspaper reported of her Seattle lecture:

[I]n handling this subject of woman’s equal right with the sterner sex to the ballot, she … brought to bear, every salient argument in its favor … showing in a conclusive manner that woman’s condition in life would be really improved, and her sphere for usefulness much enlarged when accorded equal privileges with men. Miss. Anthony makes no pretensions to eloquence or oratory, but she is nevertheless a pleasing and forcible speaker …” (Weekly Intelligencer). 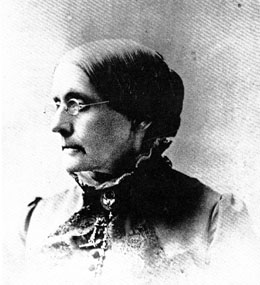 In contrast, an anti-suffrage newspaper called Susan B. Anthony:

“… a Revolutionist, aiming at nothing less than the breaking up of the very foundations of society and the overthrow of every social institution organized for the protection of the altar, the family circle, and the legitimacy of our offspring, recognizing no religion but self-worship, no god but human reason, no motive to human action but lust … . With her the teachings of Holy Writ and the traditions relating to woman’s social status universally accepted by all civilized society, go for nothing … . She did not directly and positively broach the licentious social theories which she is known to entertain, because she well knew that they would shock the sensibilities of her audience, but confined her discourse to the one subject of woman suffrage as a means to attain equality of competitive labor. … Our sole purpose now is to enter our protest against the inculcation of doctrines which we believe are calculated to degrade and debauch society by demolishing the dividing lines between virtue and vice. It is true that Miss Anthony did not openly advocate free love … but she did worse – under the guise of defending woman against manifest wrongs, she attempts to instil into their minds an utter disregard for all that is right and conservative in the present oder [order] of society. … Are our sisters, wives and daughters, prepared to accept the teachings of brazen harlots and open advocates of licentiousness? We trust not” (Territorial Dispatch and Seattle Times). 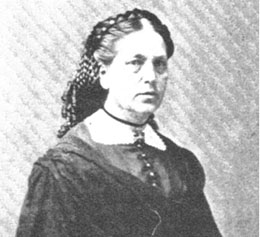 Among many women and men the positive view prevailed. Anthony helped to organize the Washington Woman Suffrage Association, and at the first meeting, delegates elected Sarah Yesler (1822-1887) of Seattle as acting president.

A spirited campaign followed. In 1883, the legislature approved the Woman Suffrage bill introduced by representative Joseph Foster from the Duwamish River Valley. On November 22, Governor Gordon Newell signed the act into law. Bells rang and guns boomed as suffragists celebrated their victory.

Women made up about 38 percent of the electorate. In the next election a higher percentage of women voted than men. They tipped the balance for law and order, and in several communities including Seattle, voted “whiskey hells” and brothels out of existence.

Legal challenges followed. One emotional argument was that innocent females who served on juries were being exposed to sordid facts of life, such as rape and incest. In an 1887 case, the Washington Territory Supreme Court sided with the plaintiff and ruled that it was unconstitutional for women to serve on juries. When the legislature convened in January 1888, it enacted a new law that granted women the right to vote without the right to serve on juries.

Nevada Bloomer Stands By Her Man

A bizarre challenge came from Nevada Bloomer, a Spokane saloonkeeper’s wife. Bloomer, who opposed suffrage, arranged to have her ballot rejected by precinct judges in a municipal election, then proceeded to sue them. On August 14, 1888, the territorial Supreme Court ruled the suffrage law void because Congress had not intended to give the territories authority to enfranchise women. When suffragists raised $5,000 to appeal the decision to the U.S. Supreme Court, Bloomer refused to cooperate. Without her as plaintiff, there could be no appeal. Bloomer sided with the saloon lobby, which opposed suffrage. 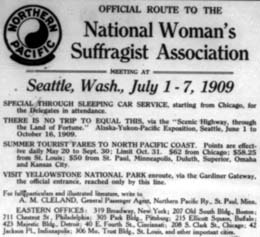 In 1889, male-only delegates to the state Constitutional Convention planned the ratification ballot with suffrage and prohibition as separate amendments. A powerful businessmen’s lobby maintained that female suffrage might prejudice Congress against granting Washington statehood. Voters approved the constitution by a margin of four-to-one. They defeated prohibition by three-to-two and trounced the proposed woman suffrage amendment by more than two-to-one.

The Washington Equal Suffrage Association gradually disintegrated with only five members at the 1904 convention.

Revitalization came in 1906 when they elected as president Emma Smith DeVoe (1848-1927), a seasoned organizer from the national crusade. Dr. Cora Smith Eaton contributed office space for headquarters in her suite in downtown Seattle’s Arcade Building. DeVoe enlisted support from other women’s organizations and launched what she called a “still hunt,” a grassroots campaign with few parades and plenty of speakers at supportive club, farmer, labor, and Protestant church gatherings. Above all, she wanted to avoid tactics that could arouse hostility.

To DeVoe’s consternation, not everyone agreed with her strategy. An equally committed leader, Spokane’s May Arkwright Hutton (1860-1915), maintained that “there’s no such thing as bad publicity.” She was a rags to riches millionaire who had come to Idaho as a miner’s cook, then struck the motherlode in the Coeur d’Alene mines. Because of Hutton’s generosity to orphan homes, and to Spokane, her supporters organized their own Political Equality League and elected her president.

In 1909, when the National American Woman Suffrage Association (NAWSA) convened in Seattle, the bickering between the DeVoe and Hutton factions peaked, resulting in two Washington delegations. In what the press called a Solomon’s judgment, NAWSA President Anna Howard Shaw declared that both delegations could be seated, but that neither could vote. 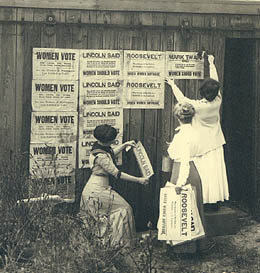 Despite the fracas, the campaign moved ahead and conflict between factions took a back seat. Washington suffragists focused on their goal. They rejected offers of national leaders to “meddle” in the state’s campaign. They insisted that local women knew their men best. On November 8, 1910, Washington state’s male electorate granted women the franchise by an overwhelming majority, breaking a 14-year gridlock in the national crusade and making Washington the fifth state in the United States where women could vote.

Washington’s enactment of woman suffrage opened the floodgates for other Western states which quickly followed suit. To counter strong resistance in the older and more entrenched East and South, the national crusade escalated its demand for an amendment to the U.S. Constitution. Washington women remained involved in the national crusade until the passage of the 19th Amendment to the constitution in 1920.

The 19th Amendment to the Constitution of the United States of America reads:

The right of citizens of the United States to vote shall not be denied or abridged by the United States or by any State on account of sex.
Congress shall have the power to enforce this article by appropriate legislation.

The 19th Amendment was proposed by resolution of the U.S. Congress on June 4, 1919. It was ratified by more than three-fourths of the states, and declared ratified in a proclamation of the U.S. Secretary of State on August 26, 1920, on which day it became the law of the land.