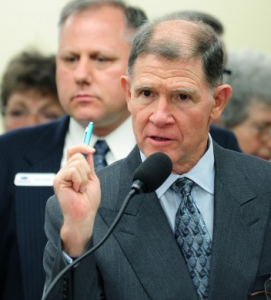 “Apparently, the gays, conspiring with pro-choice activists and Montana’s insurance commissioner, are the ones behind the arrest.  Surely he wasn’t arrested because he, you know, swindled an investor out of $150,000.  Ridiculous!”

When all else fails, blame them gays!

Himes, a pastor who has called for the death penalty for homosexuals, has been caught swindling his flock.  He says LGBT people are after him and behind the charges.