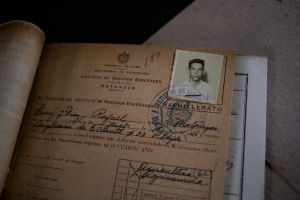 Jason Horowitz with “The New York Times” reports that Ted Cruz’s father, Rafael, does not have the support of his youthful peers from Cuba who all remember things very differently.  It seems his freedom-fighter story is more than a bit far-fetched, lending even more credence to perhaps explanation to Ted’s propensity to exaggerate and dramatize.

As Horowitz writes, “In interviews, Rafael Cruz’s former comrades and friends disputed his description of his role in the Cuban resistance. He was a teenager who wrote on walls and marched in the streets, they said — not a rebel leader running guns or blowing up buildings.”

Senator Cruz has often referenced his father’s “freedom fighting” years as he speaks to it as his inspiration to “fight for liberty”.  To be fair, the wool may well have been pulled over his eyes as well as ours.