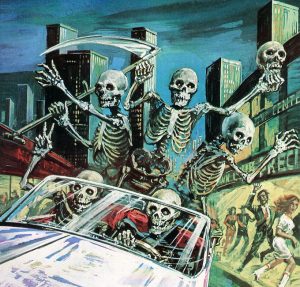 Zionism excavates its secular justification from the Jerusalem dirt

Recent articles and analyses of Jerusalem’s ever-changing landscape have suggested that archaeological digs, sponsored by government agencies, are replacing state security apparatuses, substituting exhibits and visitors centers for walls, fences, and checkpoints. In the wake of the recent election that further solidifies Israel’s “same-same-but-different” policy—that is, the continuation of a legal state of exception for Jews and, for all intents and purposes, an apartheid system for Palestinians, African migrants, and other select minorities—it is necessary to consider how infrastructural and cultural mechanisms of control are shifting and deepening alongside such political retrenchment.

Archaeology as a face of settler-colonial projects, however, is not at all a new phenomenon—think of pith-helmeted British scientist-adventurers pillaging Egyptian tombs—and is hardly limited to making systems of population and territorial control in occupied Palestine look humanitarian and friendly. In exalting Jewish history above the city’s myriad layers of conquest and civilization, Jerusalem’s settler/archaeological organizations continue archaeology’s colonial legacy of shaping a history through faith in the “facts” legitimated by antiquities. The historical certainty embodied in antiquities is then projected in official state narratives, tourist sites and excursions, and, as is the case with projects like USA network’s popular mini-series Dig, to international audiences through media ventures.

Dig’s storyline centers on protagonist Peter Connolly, an FBI operative recently relocated to Jerusalem following the apparent suicide of his daughter. To solve the murder of a young archaeology student working at a site located in the tunnels below the Temple Mount (a project that seeks to locate the highly-sought Arc of the Covenant), Connolly must weave the seemingly disparate threads of a variety of religious zealots making preparations for the end-of-times. To do so, he has to discover the role of an ancient breastplate—once used by High Priest of the Second Temple and recently stolen from the city’s Rockefeller Museum—all while balancing the stress of a recent divorce, losing his daughter, and letting go of his past as a seminary student. Stories detailing the pursuit of an all-red calf by a group of ultra-Orthodox Jews, the rearing of a “pure” boy to be summoned to his destiny through a Bar Mitzvah by a Christian sect in New Mexico, and a Palestinian-American fugitive entwine to create an image of messianic, cult-like religious actors who, despite doctrinal differences, threaten to collectively change the course of humanity.

In addition to its narrative mystery, Dig’s mass appeal depends on its ability to produce an image of Jerusalem that posits the city as a potential site of social salvation. The means by which this is achieved are twofold: through a captivating narrative with Jerusalem so central an element that it goes beyond simple backdrop, and through creating an image of the “good Jew,” an integrated citizen who aligns his or her activities with the interests of the Jewish state. By depicting ultra-Orthodox Jews as dangerously religious, secular Jews—both within the show, as embodied by the character Golan Cohen, a brusque Israeli detective, and those working behind the scenes on production, like the Zionist-nationalist organizations contracted to oversee dig sites—are idealized. The historic Land of Israel, thus, is positioned as a place of origin, and the Jewish nation-state is illustrated as the future’s deliverance.

Dig is not the first project created for American audiences in tandem with Israeli broadcasting. Following the deregulation of Israeli television in 1993—which, until then, was composed of a single state station—Hollywood has looked to Israeli media with fervor. Post 9/11 anxieties ensured further resonance of plotlines tested on Israeli viewers and tweaked by American media companies. The most ubiquitous of these programs is Showtime’s Homeland, premised on Israel’s Prisoners of War, which follows the reintegration of Israeli soldiers—one a recent convert to Islam—after returning from capture in Lebanon. When asked to muse on America’s watching Israel for up-and-coming concepts, the Israeli writer and director of Dig (and Homeland) Gideon Raff noted the commonality of the two countries’ political concerns, social grievances, and “sacred values of storytelling.” Keshet, the company responsible for the Israeli portion of Dig’s development, is so committed to strengthening the Israeli-American TV pipeline that a subsidy concerned solely with the Israeli production of American shows is in its early stages. American actors and TV personalities are frequently offered expense-paid excursions to Israel, coordinated through state agencies, in the hopes of molding future media in a manner that speaks validity to the actions of Israel.

The television show as propaganda medium is not unfamiliar in the scope of Israel’s international branding campaign. Partial state sponsorship of Israeli hasbara, or internationally-aimed cultural soft power, can be seen everywhere from government-sponsored tours of the Batsheva Dance Company to Zionist advocacy groups that work under the banner of “peace organizations” putting on cultural events on American campuses. The mundane, seemingly apolitical nature of this entertainment aims to show Israel as globally relevant, innovative, and progressive. Simultaneously, Israel’s neighbors (and the Palestinians it controls) are positioned as, at best, out of touch with liberal transnational culture and, at worst, undeveloped and reactionary. By promoting Israel’s creative and artistic output as apolitical cultural endeavors, detached from the militarization of secular society, hasbara projects aim to create a legitimate face of the Israeli state, thus justifying the occupation of Palestine.

In the popular imagination, archaeological remains conjure images of the past as a museum, history as relics behind glass. As a nationalist movement premised on the return from exodus, however, the Zionist use of archaeology goes beyond that of cultural appreciation or historical romanticization. Political Zionism relies on connecting archaeological fact-making to present-day narratives in order to provide scientific evidence for indigeneity and, thus, land expropriation. As anthropologist Nadia Abu El-Haj explores in her seminal book Facts on the Ground: Archaeological Practice and Territorial Self-Fashioning in Israeli Society, relics are seen as proof of Jewish belonging to the land, and are used as political evidence of rightful control of Jerusalem. Archaeology is seen in Israel to be a science that trumps current realities; discoveries of important artifacts, however dubious the claims, provide impetus for state land-grabbing and the construction of infrastructure that caters to the private needs of Jewish Israelis. Archaeology thus sets the stage for what is considered a continuation of the glorious rule of ancient Israelites rather than a modern project of colonization.

Though not mentioned explicitly in Dig, excavation in Jerusalem falls under the purview of the Israeli Antiquities Authority (IAA). Rather than directly supervising each site, the IAA often contracts oversight to private organizations. In the case of Dig, producers worked closely with the Ir David Foundation, a settler organization that controls the ostensible site of the ancient City of David and promotes establishing a Jewish majority in its vicinity, which is a present-day Palestinian neighborhood. Archaeology as a seemingly innocuous setting for a primetime drama, then, acts as a method of making Israeli claims to land politically neutral, using the science of archaeological exploration as cover for expansion and expulsion. The show, of course, does not include the private security, land appropriation, or settler-instigated violence that is as much an aspect of the archeological site’s daily life as the discovery of relics.

Beyond terror-centric plotlines, one can see why Jerusalem makes for a particularly intriguing setting for a pre-apocalyptic whodunit mystery. In the act of unearthing biblical antiquities, archaeological endeavors function to bind a venerable past to future possibilities, whether these are religiously significant or politically driven. Dig’s narrative relies on the present-day relevance of a specific antiquity—the aforementioned breastplate—as a precondition for control of the city and its future global influence. As the series’ first episode notes, the artifact in the wrong hands has the potential to unleash unknown havoc.

By demonizing the ultra-religious as those “wrong hands,” Dig implicitly counterposes an image of the good Jew: one who cooperates with the workings of the Israeli state, whether through civic duty or through advancing nationalist expansion by way of state ties. Dig’s producers play heavily on the image of threateningly messianic orthodoxy. Ultra-Orthodox groups, who have long held strained relations with the Israeli government over issues ranging from military service to legitimacy of the contemporary nation-state, are positioned as primitive, superstitious, and dangerous through their participation in “barbaric” activities designed to bring about the coming of the Messiah. By portraying the ultra-Orthodox as fundamentally at odds with and in the margins of Israeli society, Dig distances the Israeli mainstream from the “excesses” of the ultra-Orthodox settlers, producing a reasonable liberal Israeli subject who is just as threatened by these apocalyptic rubes as the Palestinians whose territory they illegally settle.

Israeli hasbara projects need not be explicit in their political aims. The construction of Dig’s storyline, like other Israeli/American entertainment ventures, favorably packages Israel’s reign across all aspects of its occupation. Archaeology streamlines a narrative of Jewish precedent of control and a flourishing Israeli culture. Dig not only showcases Israel as an ideal backdrop of entertainment, but subtly posits its present-day reality as the locus of a struggle against messianism and ultra-religious fundamentalism.

Thus, archeology is used to transform Israel’s religious claims to the holy land into wholly secular ones. Rather than some biblical gift from God to His chosen people, the Israeli state has a scientific and secular historical claim to the land, which one need only excavate from underneath the feet of all those poor misguided Palestinians. In the liberal Zionist imaginary, Israel’s modern-day “secular” state maintains the ancient historical and religious importance of its physical site while simultaneously protecting the world from catastrophic religious fundamentalism, be it Muslim, Christian or Jewish. Rather than the largest source of ethnic and religious tensions in the region, archeology is used to imagine Israel as a modern bulwark against apocalyptic madmen and murderous fundamentalists. Just don’t look too closely at what’s happening above the ground.