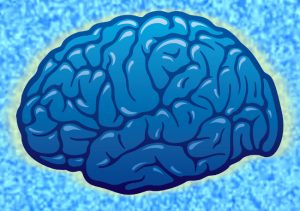 In a way, you can simply will yourself into a new physical form – that is if you use your will to routinely move heavy things, run around, or eat fewer tacos.

Just as you can change your body at the atomic level by lifting weights, exercising, or eating differently, you can willfully alter your brain by performing another physical act: thinking in a certain way.

In this episode we explore using your brain to change your brain at the level of your neurons and synapses.

Of course, self-directed neuroplasticity isn’t a new whoa-dude-bong-hit idea. It has been possible through other methods like learning a new language or earning a degree in chemistry for, well, since there have been brains. But as author and meditation teacher Michael Taft explains in the episode, the evidence seems to suggest that with mindfulness meditation one can achieve a level of brain shaping and pruning that would be impossible otherwise. 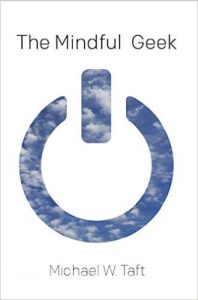 In his new book, The Mindful Geek

, he writes that the more you attempt to focus, the better you get at focusing on command, and so a real change begins taking place – you slowly become able to think differently, to hold thoughts differently and to dismiss thoughts that before led to attention difficulties or unwanted thoughts and clutter – and that’s not magical or the result of shaking hands with a deity, he says. It’s biological. In the interview, Michael explains the benefits of the secular, scientific practice of modern mindfulness meditation

After the interview, I discuss a news story about how using simple language makes you seem more intelligent, and using complex, esoteric words makes you seem like a doofus masquerading as a smarty pants.