During the medieval period the Muslim community was rather tolerating and accepting in this regard. 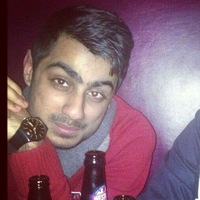 Contrary to popular belief, Islam has not always had a strained relationship with the LGBT community. In fact, during the medieval period the Muslim community was rather tolerating and accepting in this regard. It is definitely telling that homosexual relationships involving  high-ranking officials (rulers, generals etc.) were the subject of many poems and stories. One of the most famous stories regarding homosexuality in the Muslim world is that of the Sultan Mahmud, who died 1030. Mahmud was of the Ghaznavid dynasty in modern day Afghanistan and eastern Iran and the texts deal with his relationship his lover Ayaz. Their love story actually sits alongside other classical, heteroerotic tales and has often been compared to the love between a believer and God.

Today, homosexuality is forbidden in Islam. This is not much different to the opposition to such relationships outlined in the Bible (which goes to say that both partners that take part in homosexual acts should be executed). Yet the teaching and interpretation of these statements can allow for openness and understanding. Today, with the advent of transgender and gender-fluid identities, it is all too important to take time to truly study and learn a religion’s position before assuming it. Also there is a stark difference between a religion’s stance on homosexuality and its outright condemnation and punishment of it. In fact, steps are being made, albeit slowly, in the direction of acceptance among all Abrahamic religions.

The Ayyubid dynasty, which begins with Saladin’s brother Al-Adil, is also closely connected with homoerotic tales regarding its rulers. Al-Malik al-Ashraf, ruler of Damascus, strongly devoted himself to his pleasures, of which his love for young Turkish soldiers was prominent. He even composed poetry to showcase his affections in public:

“May I be the ransom for a full moon whom description is at a loss to encompass,
One who is liberal with my blood, despite being honest and trustworthy.
Should I marvel? He keeps my wealth safe,
But sees my soul destroyed by him and pays it no mind!”

Examples like this are more common than it appears, with countless stories about the ruling elite that partook in the attraction of males. In fact, it was so widespread that during the 14th century it caused the wives of the ruling elite to change their fashion style to a more masculine approach to ‘win over their husbands’ hearts, and then the women of the city in general followed their lead in doing this.’

Lesbianism is harder to come by in sources and stories. There is minimal data available to support the existence of women taking part in same-sex relationships. Poems and stories are non-existent. That is not to say there is nothing; yet it shows that when it comes to openness, males were privileged. However it must be emphasised that, again, this does not mean that lesbianism did not exist. It can be assumed (very carefully) that due to the prevalence of male homosexuality that female love must have played a role, even if it was a small one, in medieval Islam.

Religious observance aside, and religious differences aside, the objective of this article is to highlight that homosexuality was not seen with the same glasses it is today. The Abrahamic religions do have a fragile relationship with the LGBT community and it is something that requires a lot more work going forward. Oftentimes, in medieval society homosexuality was not restricted to the private sphere it was celebrated by poets and storytellers. So perhaps the past holds the key to a better future for the relationship between the LGBT community and Islam.