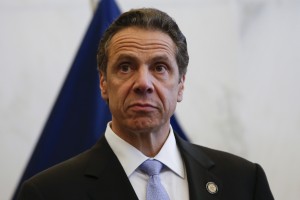 The governor released a statement in which he said:

In New York, we believe that all people – regardless of their gender identity or sexual orientation – deserve the same rights and protections under the law.  From Stonewall to marriage equality, our state has been a beacon of hope and equality for the LGBT community, and we will not stand idly by as misguided legislation replicates the discrimination of the past. As long as there is a law in North Carolina that creates the grounds for discrimination against LGBT people, I am barring non-essential state travel to that state.

Gov. Cuomo took the same action last March when Indiana considered a similar bill.  That bill still passed, but only after Gov. Mike Pence – following public outcry and the actions of other governors such as Cuomo – sent the bill back to the state legislature for a reworking.  It’s final version is still controversial.

The governor is staying the course, saying, “New York State’s ban on publicly funded travel shall take effect immediately and shall continue until such law is repealed.”

Governors and other states have been taking action to hit states such as North Carolina and Georgia where it hurts – the purse.  They are welcome to their laws, but they have no right to revenue from outside sources.