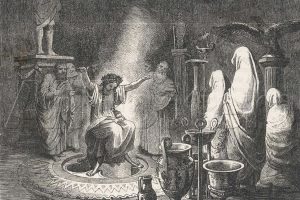 There’s a surprising amount in common between ancient ways of thinking about the future and the techniques we use now. 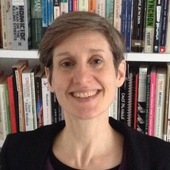 When something unexpected happens to us we still tend to ask “why me?” – and it’s difficult to know where to look for an answer.

While scientific analysis can provide us with better general comprehension of how the world works, it doesn’t always help us to understand our own experience. And public discussions of risk all too often become arguments about who is to blame, for example, after disastrous flooding.

But we can also learn a lot from history, specifically the Ancient Greeks and how they conceptualised fate, luck and fortune, and tried to anticipate the future.

In Ancient Greek culture, fate, luck and fortune were familiar, everyday concepts. They were not just imposed by the gods, but were themselves divine forces, invisibly disrupting people’s lives.

People coped by trying to engage with these forces. One way was to visit an oracle – a temple or sanctuary where a supernatural figure could provide insights into matters that were hidden or unclear, such as future events. The most famous oracle was at Delphi in central Greece, where a woman (the Pythia), possessed by the god Apollo, answered questions posed to her, often by representatives of city-states.

Examining the thinking behind deciding to visit an oracle can help us to understand why people did this. Before visiting an oracle, to make sure they got the most useful response, consultants had to phrase their questions carefully. To do this they had to reflect on the different ways in which their futures might work out.

Once they had an answer from the oracle, they had to work out what it meant. Scholarship is undecided as to whether Delphi’s responses were given as riddles that had to be solved or as simple “yes” or “no” responses. Either way, visitors would still have had to try to fit the answer they received to a likely future outcome – and decide on what action they would take.

Trust in your wooden wall

Herodotus, the fifth-century BC historian of the Persian Wars gives a famous example of this process. He relates how, as the Persian invaders approached, the city of Athens sent ambassadors to Delphi. The first oracle they received was one of impending doom. The ambassadors felt they could not take this message back to Athens, so they asked for another.

The second oracle was more puzzling: long and full of vivid imagery, it included the idea that a wooden wall would help the Athenians. The ambassadors took this oracle back to Athens, where the citizens discussed its meaning. Different groups interpreted it differently, and pursued various courses of action, but the majority followed the military commander, Themistocles. He argued that the wooden wall represented the navy and that Delphi was foretelling an Athenian naval victory at Salamis – which, as history tells us, is what actually happened.

True or not, this episode provides two important insights into ancient Greek futures thinking. First, the Athenians seem to have conceived of their future as being both plural and full of possibilities. Their future was not set in stone, but was something fluid that they could influence. Second, that in the process of thinking about the future, they exercised a crucial skill: storytelling.

We all tell stories – it’s so natural we rarely think about it. But in fact, storytelling is a crucial tool for dealing with the unexpected. If we can explore different possible multiple narratives about how the future might turn out, we can make more informed decisions in the present.

In the process of developing different stories about, and imagining our roles in, different possible futures, there’s room for further learning – about ourselves, and how we respond to particular situations.

The everyday process of storytelling can support us as individuals in dealing with the unexpected, and – at the policy level – inform how we plan for the future. My discussions on this subject with Claire Craig (chief science policy officer at the Royal Society – here acting in a personal capacity) suggest that thinking about ancient oracles and how they work brings us face-to-face with some aspects of modern approaches to dealing with risk and uncertainty. 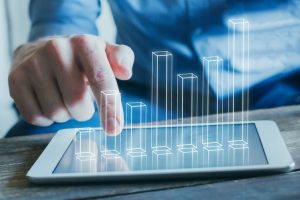 Some of the most important approaches to coping with unexpected events, from economics to the weather, involve modelling: these include scenario planning (an approach to strategy that uses storytelling) and computational modelling. These approaches enable us to imagine in detail what it would be like if a particular future came about.

This does not mean that this approach can tell us what will happen – none of us knows how the future will develop and no model can tell us exactly. We must still think critically about how models are used as evidence, what answers they provide and how the uncertainties around them are presented.

We also need to take account of what is known about how individuals react to new and challenging information. For example, the effects of confirmation bias may mean that it is difficult for people to change their minds; and individual decisions will be shaped by the interplay of analysis and emotion.

But telling stories about the future does enable us to explore different possible answers. We can learn a lot from examining the futures that models depict and reflecting on how those imagined environments could shape our behaviour.

Modelling, oracles: both are technologies of anticipation. With both technologies we need to craft our future stories with care: paying attention to the questions we ask, as well as the answers we create. Perhaps one of the insights from thinking about our pasts is how to approach our futures.