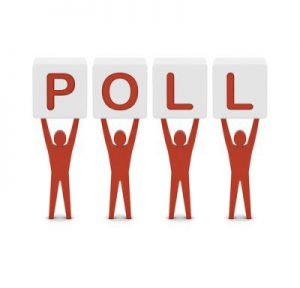 The audio tape brought to light by the Washington Post clearly had an impact of Republican Presidential nominee Donald Trump’s poll numbers: Democratic Presidential candidate Hillary Clinton. A new NBC News/Wall Street Journal poll taken before the most recent debate, where Trump played mostly to his base and is unlikely to have moved independent and women voters:

The poll, conducted on Saturday and Sunday but before the second presidential debate, shows Clinton with 46 percent support among likely voters in a four-way matchup, compared to 35 percent for Trump.

And among all registered voters, Clinton’s lead is 13 points, her largest advantage over Trump since the poll began testing the pair last September.

And — panic time for the GOP — this could gravely impact its Congressional campaigns:

As Republicans grapple with how to hold on to control of the House and Senate despite the Trump campaign’s woes, Democrats overall now have a seven-point advantage on the question of which party voters want to see in control of Congress.

Forty-nine percent of voters say they’d like to see Democrats in power on Capitol Hill, compared to 42 percent who chose the GOP.

Although voters overall are split over the impact of the 2005 tape of Trump describing kissing and touching women’s bodies without their consent, less than a quarter of Republicans say that the revelations should be grounds for other GOP Senate and House candidates to drop their backing of Trump (nine percent) or call for him to drop out of the race (14 percent.)

A total of 52 percent of respondents say that the audiotape should be an issue in the campaign, while 42 percent say it should not be an issue.

And the debate? Rush, Sean, Breitbart and conservatives are hailing it as victory but most other analysts feel it either did not win over any new voters for Trump or was the final nail in the GOP’s coffin. The Week’s Damon Linker bluntly says Trump has destroyed the Republican Party.

The question whether more revelations about Trump come out and how they can possibly be as damaging as the tape. But there’s a month to go and the question becomes will there be October surprises — surprises that don’t involve Trump?

*Will Vladimir Putin via (intelligence experts and the Obama administration say) Wikileaks deliver some real or falsified email that is devastating to Clinton right before the election?

*Will terrorists who are reportedly rooting for Trump see the U.S. as cannot-resist low hanging fruit and unleash a series of attacks on the United States to make Trump’s “law and order” line what many American’s want?

Or will Trump continue to seemingly implode — all the while building what many believe is a post-election anti-Hillary media empire?

But counting Trump out could be and is a mistake given all of the things that could happen in October. Andrew Sullivan nails it in his comments about Trump’s last debate:

I’m horrified to say that Trump will survive this, even though he absolutely shouldn’t. I suspect this performance will prevent a total meltdown in his campaign. His Breitbart-style attacks on Clinton will have riled up his base. Her defensive rebuttals were not crude enough to hit home. But it remains true that this man openly pledged to put his opponent in jail if he is elected – something that is truly destructive of a liberal democracy. He pledged to ally with Putin’s Russia in global politics. He offered mere slogans when asked to provide substantive policy answers. And he took politics to a new low in his tabloid antics.

He’s a disgrace and a national embarrassment. And he may still win this election.