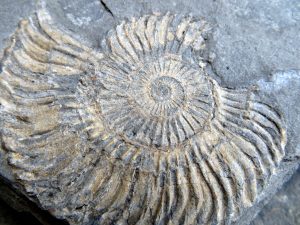 Nineteenth-century England saw a major revolution in the scientific understanding of the natural world. 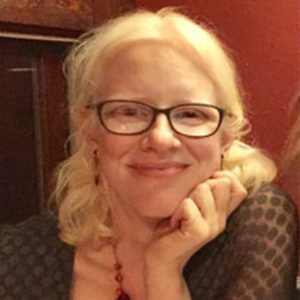 Nineteenth-century England saw a major revolution in the scientific understanding of the natural world. Charles Lyell’s 1830s Principles of Geology explained how landscapes were shaped and reshaped by daily processes like erosion, and Charles Darwin’s 1859 On the Origins of Species introduced the concept of natural selection. Publications like these transformed the non-human world from a collection of static forms to be classified into a constantly changing combination of processes.

These theories broke into a society of rigid class, gendered, and racial hierarchies. A class hierarchydividing upper, middle, and working classes, which were further subdivided into skilled and unskilled workers and underlied by an extremely impoverished underclass, persisted throughout the 19th century. The working class was legally excluded from political decision making for much of the era. It wasn’t until 1918 that all men over 21, regardless of property or income, could vote in Britain. That was the same year that women over 30 finally won the right to vote, and it wasn’t until 1870 that a woman was allowed to retain their property instead of automatically transferring it to her husband upon marriage. Racist caricatures of African people circulated freely as the British empire continued to grow, even after slavery was abolished in the 19th century.

In such a context, the new scientific theories were potentially subversive: if cliffs and finches could change over time, why not human institutions? Suddenly, nothing was inevitable.

Some responded with horror. In her oft-cited 1973 essay “On Dover Beach,” Ruth Pitman reads Matthew Arnold’s famously pessimistic 1867 poem in part as a response to the new awareness that the cliffs and beach he contemplates are in the process of eroding. And if the cliffs can erode, what else can he not depend on? That is the fear he responds to when he writes:

…the world, which seems
To lie before us like a land of dreams,
So various, so beautiful, so new,
Hath really neither joy, nor love, nor light,
Nor certitude, nor peace, nor help for pain.

Others scrambled to use Darwin’s theories to justify existing hierarchies. As Dr. Carolyn Burdett outlines, the philosopher Herbert Spencer, who actually coined the term “survival of the fittest,” argued that competition in human societies would help the species overall, and, therefore, aiding the poor was hampering evolution’s work. Social Darwinism was also used to justify colonialism, and thinkers like mathematician and eugenicist Karl Pearson argued that European forces prevailed over conquered territories because they were fitter.

As Catherine Elizabeth Birch points out in her thesis “Evolutionary Feminism in Late-Victorian Women’s Poetry,” such arguments were also employed to bolster gendered hierarchies, with Darwin himself writing in his 1871 The Descent of Man that “[t]he chief distinction in the intellectual powers of the two sexes is [shown] by man attaining to a higher eminence, in whatever he takes up, than woman can attain…” But for women like the poet Mary Kendall, stuck on the wrong end of such a seemingly rigid hierarchy, theories of natural change meant something else entirely.

May Kendall was born Emma Goldworth Kendall in Yorkshire in 1864, the daughter of a Methodist minister. Not much is known about her life beyond the work she left behind — a novel co-written with Andrew Lang, two collections of poetry, three novels, and, in the 1910s, a sociological collaboration with Benjamin Seebohm Rowntree detailing the lives of the rural working poor and calling for a minimum wage. As both a “New Woman” who never married and defined herself by her writing career and as a sociologist and activist who helped found the York chapter of the socialist Fabian Society, she was someone who challenged expectations both for herself and for others.

In “Sympathy, Humor, and the Abject Poor in the Work of May Kendall,” Diana Maltz places Kendall among a group of British women writers in the 1880s and 1890s who saw the subversive potential in the theory of evolution, using it justify their own “evolution” out of lives defined by fathers and husbands. Kendall’s contemporary Amy Levy even dared to ask, “Shall marriage go the way of God?”

Kendall was less directly challenging and more playful in her approach. In Dreams to Sell, her first collection of poems published in 1887, she devotes an entire section to “Science.” The poems vary in subject matter from an Ichthyosaurus to the possibility of a fourth dimension, but they share a deep fascination and engagement with science itself, along with relentless mockery of anyone who would use science to maintain the status quo.

In “The Philanthropist and the Jellyfish,” Kendall uses a scientific discovery as a punchline. The narrator feels great pride in his charitable plan to return a stranded jellyfish to the water, but is humbled when she tells him, “I’m dead to woe or bliss: / I haven’t a Sensorium / And that is how it is.”

It isn’t an accident that the speaker is male and the jelly-fish female. Indeed, when the speaker first notices the jelly-fish, he describes her almost like a human woman in a bad love poem: “Her beauty, passive in despair, / Through sand and seaweed shone, / The fairest jelly-fish I e’er / Had set mine eyes upon.”

That the philanthropist misreads the jelly-fish as “passive” and “despairing” when really she doesn’t mind being stranded on the beach could be a veiled criticism of pseudo-scientific arguments of the day. Such arguments claimed that higher education harmed women’s reproductive systems or that female brains weighed less than men’s, making them less intelligent. The jelly-fish talks back to the philanthropist with actual scientific information about her own body as a rebuke to male attempts to understand her needs, suggesting the “science” of women’s frailty is just as faulty as the arrangement it supports is unjust.

Her most famous and anthologized poem, “Lay of the Trilobite,” takes aim at social Darwinism more generally. In it, a man comes upon a Trilobite and marvels how far evolution has taken him, crowing over “The providential plan, / That he should be a Trilobite, / And I should be a Man.”

But the Trilobite talks back to the man, questioning his superiority:

‘The native of an alien land
You call a man and brother,
And greet with hymn-book in one hand
And pistol in the other!

‘You’ve Politics to make you fight
As if you were possessed:
You’ve cannon and you’ve dynamite
To give the nations rest:
The side that makes the loudest din
Is surest to be right,
And oh, a pretty fix you’re in!’
Remarked the Trilobite.

The previously smug speaker comes away from the conversation wishing “that Evolution could / Have stopped a little quicker.”

The poem first appeared in the popular magazine Punch, and according to John Robert Holmes in “‘The Lay of the Trilobite’: Rereading May Kendall” would have been understood by its audience as a satire of the “providential interpretation of evolution” that sought to restabilize the potentially destabilizing theory of biological change over time by saying it was God’s plan after all. The trilobite astutely points out that, while humans have evolved in terms of brain capacity, human history makes it hard to assign any moral value to that evolution.

But, in a clever move, the arguments the trilobite makes against man’s superiority are also the arguments social Darwinists would make for it. The reference to the prayer-book-and-pistol-toting adventurers is a clear criticism of colonialism, and the “survival of the fittest” logic of warfare is one reason humans are in “a pretty fix.” The speaker ends up wishing evolution had stopped before reaching the imperial heights the social Darwinists prided themselves on, casting doubt on the value of their definition of “fittest.”

For Holmes, Kendall’s main enemy as a satirist was “complacency.” She mocked anyone who assumed their understanding of science told them everything they needed to about the world, and let that understanding either stop them from acting due to a despairing paralysis or determine their actions due to faith in providential evolution.

Holmes uses this interpretation to resolve the apparent contradiction in the last poem in the ‘Science’ series, “Women’s Future.” In it, Kendall appears to endorse the providential view of evolution she mocked in the “Lay of the Trilobite” by claiming “evolution” will guarantee women a future in which their talents are justly recognized. But later in the poem, she calls on women to make this change happen themselves, to “rouse to a lifework – do something worth doing!”

“Women’s Future” is the last word on the “Science” section, and it is the only one in which Kendall adapts a female speaker’s voice. More than that, it is the most earnest and least comic of the series, suggesting it comes the closest to a clear statement of her personal beliefs on the appropriate response to science.

For Kendall, that response is to take science as inspiration, to act based not on the male-dominated discourse surrounding it but the spirit of inquiry that animates it at its best.

Interestingly, it is a response she herself adapted later in life as a social scientist. When Kendall declares, “We trust Evolution to make us amends!”, she is not claiming that it will guarantee women anything, but rather that it offers a hope to strive for. If species and geology are not fixed, than neither are human systems of oppression. They can be changed, and that change is something worth having faith in, as long as you help bring it about.