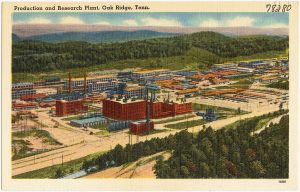 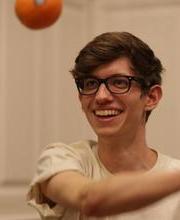 In the waning years of 1940, Mary Jane Cook began work in the Health Physics department of Oak Ridge National Laboratory, named for the dusty Manhattan Project boomtown that hosted it. One of her primary responsibilities was to collect data relevant for determining the “maximum permissible internal dose” of radiation for reactor workers. Following the atomic bombings of Hiroshima and Nagasaki, the health effects of radiation were of acute interest to military and civilian defense planners. Many officials imagined a future of unbounded civilian nuclear power, while others simply focused on more powerful nuclear weapons. Data concerning radiation safety was essential to protect citizens in the new “Atomic” era, and Cook’s research on permissible doses would be a critical contribution.

Cook traveled across the country to morgues gathering organ weight data during civilian autopsies and tabulated these numbers into population averages. Occasionally, tissue samples simply arrived in the mail. Cook’s colleague, Mary Rose Ford, who worked in the same lab studying the mass absorption of x-rays and gamma-rays (useful for understanding how radiation moves through bodies), became so successful in her work that researchers called her “Miss Internal Dosimetry.” Despite work of parallel importance, Cook received no such nickname.

As Karl Z. Morgan, the first head of Health Physics at Oak Ridge, would later recall, Cook not only did all the footwork of collecting and freezing civilian thyroid, brain, and kidney samples, but also examined these materials spectrographically to determine their elemental compositions. Her 1948 results, “A Survey Report of the Characteristics of the Standard Man,” went unpublished but circulated widely among radiobiologists beyond Oak Ridge. In 1949, when international researchers met at the Chalk River Conference to agree for the first time on a statistical baseline for future radiation studies and safety, which they called “Standard Man” partly after Cook’s report title, her conclusions were foundational.

Although she also made significant contributions to the study of nuclear radiation more broadly, coauthoring handbooks on protection and material absorption, Mary Jane Cook (who later took the married name Hilyer) would work on incarnations of the “Standard Man” project for more than twenty-five years. When researchers from the University of Utah presented estimates on permissible doses of strontium to Congress in 1965, they credited Cook with furnishing the data. When the International Commission on Radiological Protection published its monumental “Report of the Task Group on Reference Man” in 1975, a significant revision to original estimates concerning “Standard Man,” her work gathering and collating data was invaluable. Coauthors noted, however, that “During the last few months of editing, the services of M. J. Cook were lost to the group.” As far as public records show, Cook simply disappeared.

When a new nuclear reactor comes online (for example, the Watts Bar Unit 2 in 2016, America’s most recent), it is expected to meet a set of federal standards concerning “dose limits” of radiation for employees and the surrounding environment. These standards are calculated on the basis of a hypothetical figure, the “Reference Individual,” often “Reference Man,” a statistical amalgam of organs weights and other physiological averages.

The neutrality of the term cloaks a complicated history, including nearly seventy years of work by health physicists to establish benchmarks against which to evaluate radioactive safety. At play throughout were assumptions about the “average,” the “normal,” and the “standard.” “Reference Man” is, after all, not just any man: he (until recently, it was always “he,” though there is data for “Reference Woman”) weighs 70 kilograms (about 154 pounds); he is generally described as Caucasian (a “Japanese” and then an “Asian” reference were later developed) and aged between twenty and thirty years old. He is, more or less, like the author of this piece. He is also, according to Arjun Makhijani, President of the Institute for Energy and Environmental Research, ”scientifically inappropriate because the vast majority of people, including women and children, fall outside the definition.”

” “Reference Man” is, after all, not just any man: he (until recently, it was always “he,” though there is data for “Reference Woman”) weighs 70 kilograms (about 154 pounds); he is generally described as Caucasian, and aged between twenty and thirty years old. He is, more or less, like the author of this piece.

“Standard Man,” from whom “Reference Individual” metamorphosed, was born at a moment when the promise of atomic power appeared limitless and the protection of reactor workers and civilians imperative. It was this latter urgency in particular that confirmed the obviousness of offering male figures (and particularly the 70kg weight), since men were most likely to be placed at risk by occupational irradiation. But that selection mattered, since the weight of a “standard woman” at the time of Chalk River was closer to 56kg. Because permissible doses are determined partly by mass, what was safe for “Standard Man” could be hazardous for many women.

This exclusion was not, as far as available records show, a malignant oversight. Rather, we might view “standard man” as an example of what historian and philosopher Sarah Richardson has called“gender valences” in science; that is, particular moments when scientific concepts are inflected by gendered assumptions without being so explicitly noticed. “Gender valences” are neither “bad” nor “good,” notes Richardson, but when unacknowledged they may yield distortions in scientific assumptions and reasoning. According to experts, reactor workers were men, even if the biological data that constructed “Standard Man” was put together by men and women who worked at nuclear plants.

“Standard Man,” then, was a scientific gender valence with long-lasting ramifications. Though the gendering of “Standard Man” could appear to be a relatively trivial oversight, it is worth noting that these figures determined radioactive safety standards around the world for decades to come. Geographer Shannon Cram has shown that the Hanford Site in Washington (often described as “the most radioactive place in the Western hemisphere”) draws upon “Standard Man” data for its radioactive cleanup efforts. And as the California EPA’s Catherine Caraway notes, the 70kg datum is still standard for toxicity calculations in many places, even though Makhijani and others have repeatedly called its appropriateness into question. Standards, after all, have a tendency to stick.

There is no evidence that Cook was present at Chalk River, though Karl Z. Morgan presented her work to the assembled delegates. In the years that followed, the figures for “Standard Man” were more frequently credited to a report by scientist Hermann Lisco, in part because his data was published while Cook’s was not. One could easily imagine other reasons for her omission.

Yet the afterlife of Cook’s work is ongoing: research she carried out collaboratively with University of Tennessee physics professor Isabel H. Tipton for many years on trace elements in human tissue is still frequently cited to this day. Though Tipton, now deceased, was recently honored by Tennessee with a memorial scholarship that highlights women in physics, surprisingly little can be found about Cook beyond scattered references in scientific journals. When we spoke over the phone recently, Tipton’s daughter, lighting designer Jennifer Tipton, remembered Cook’s name but nothing more.

In this sense, Cook was not entirely exemplary; hundreds of women worked as research assistants, data collectors, tabulators, secretaries and more at each of the major American nuclear laboratories. As physicists Ruth H. Howes and Caroline L. Herzenberg have shown, few of them ever received major accolades or significant public recognition. Like Harriet Brooks, the brilliant student of Ernest Rutherford who left physics altogether when she married, hardly any left accounts of their visions for science more broadly.

Nonetheless, women like Mary Jane Cook Hilyer remain unacknowledged giants upon whose shoulders radiology stands. All too often written out of “Great Men” accounts of scientific progress during the Manhattan Project, they helped determine what we know of “man’s” place in the universe. And we can now add that “Standard Man” was partially constructed by a particular, talented woman.