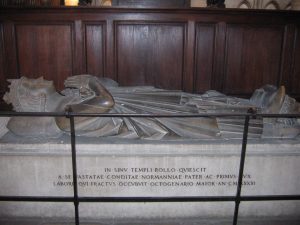 Rollo’s grave at the Cathedral of Rouen 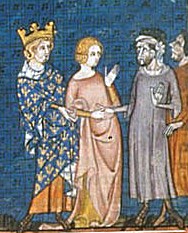 As I wrote in an earlier post about testing my family DNA, it was revealed that on the patrilineal side, my ancestry was about ninety percent Nordic Viking. This was a bit of a shock as the family history always stressed our ancestors were from Ireland and therefore we thought we were of Celtic background. In addition to this revelation, a new television series has aired on the History Channel called “Vikings”. The Vikings were starting to creep into my consciousness. So I began reading “A Brief History of the Vikings” by Jonathan Clements. In recounting what is known of Viking history and the sagas which were written about in the Middle Ages, Clements tells the story of Hrolf the Walker, otherwise known as Rollo or Rolf.

Now this is a Viking I knew something about. He was an ancestor of William the Conqueror, the Norman duke who crossed the English Channel and beat King Harold II (Godwinson) at the Battle of Hastings in 1066 to become the first Norman King of England. According to traditions and writings in Norway and Iceland in the twelfth and thirteenth centuries, there was a man named Harald Fairhair who is remembered by medieval historians as the first King of Norway.

Harald seems to have been pretty powerful. A great deal of trade was going on between Norway and other countries and Fairhair collected duties on the trade with Iceland and Lapland. There is some archaeological evidence that backs this tradition. He appointed earls who were entrusted with dispensing justice, enforcing the law and collecting taxes. These earls were allowed to keep a portion of what they collected for their own expenses. In return, they were obligated to provide soldiers for the king when needed. Fairhair’s system allowed for a great deal of economic prosperity, especially for the earls and the king. But the smaller landholders were likely disenfranchised. This made for some pretty unhappy Norwegians who couldn’t pay the taxes or protection money to the earls, forcing them from their land.

Some of the dispossessed fled across the North Sea to Scotland, the Orkneys, the Faroe Islands, and to Finnmark, Finland and the south Baltic coast. A few of these refugees may have ended up creating more trade for Norway but some created trouble for Fairhair. One of these troublemakers was the son of Fairhair’s associate Rognvald – Hrolf the Walker. Hrolf supposedly got his nickname because he was so large there was no horse big enough to carry him. After spending some time in the Baltic harassing the inhabitants, he must have become tired of this occupation or felt he could do better because he returned to Norway and was attacking in the west.

He eventually took his men and ships, travelling to the Hebrides and Ireland and finally the southern shore of the English Channel. Hrolf made many incursions into the territory of the Franks as the French were called then. He participated in the Viking siege of Paris in 885-6. In 911, Hrolf began a siege of Chartres. Many noblemen answered the plea for help from the Bishop and Hrolf was defeated on July 20, 911 at the Battle of Chartres. The result was the Treaty of St.-Claire-sur-Epte. Hrolf swore fealty to the French King, Charles the Simple, converted to Christianity, was baptized with the name Robert and may have married Charles’s presumably illegitimate daughter Gisela. 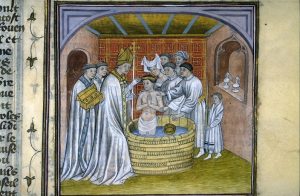 Depiction of the baptism of Rollo, from a fourteenth-century French manuscript, Toulouse Library.

Charles was probably formalizing an existing state of affairs as Hrolf had been in Frankish territory for some time. Charles may have seen an opportunity to create a buffer between future Viking attacks and his kingdom. Hrolf and his soldiers were given all the land between the river Epte and the sea and in return Hrolf promised to end his attacks and give military assistance for the protection of the kingdom which he appears to have provided. Hrolf developed into the head of a Viking aristocracy in his territory. The Scandinavian traditions and language soon vanished. Many members of this new elite adopted the practice of using two names, one ‘true’ Viking name and one more French sounding name for dealing with the locals. They continued their proficiency in battle and ruthless form of politics. Their soubriquet of “Norsemen” turned into the shortened form “Normans” and their territory became “Normandy”. Hrolf and his immediate successors adapted the title of “counts” of Normandy. There are some later medieval sources that refer to them by the Latin title “dux” or in English, duke. Hrolf’s son William Longsword reigned as Count of Normandy from 931-942.

The French king came to regret losing Normandy and Longsword had to fight to hang on to his territories. He was assassinated and his young son Richard the Fearless became ruler. He was thrown in prison by Louis IV of France but managed to escape. He combined resources with Hugh Capet, count of Paris and founder of the Capetian dynasty of kings of France. Richard was a strong leader who developed the Norman heavy cavalry and reformed the church. His sister Emma was married to King Aethelred the Unready creating a connection with England. Richard the Fearless died in 996 and his son Richard II the Good continued the policies of his father until 1026. This Richard was the first to undoubtedly be styled Duke of Normandy. Upon his death, his son Richard III became Duke but he died rapidly and suspiciously. While dying young was not necessarily unusual, suspicions fell on Richard’s brother Robert known as the Devil and the Magnificent who nonetheless became Duke of Normandy. Robert never married but he had a liaison with a young woman, Herleva of Falaise and by her had a son named William.

When Robert died while returning from a pilgrimage to the Holy Land in 1034/5, he left this young illegitimate son in charge of a rapidly disintegrating dukedom. William would struggle to consolidate his inheritance but with the help of some of his noblemen, he did this and more. In 1066, he gathered an army, crossed the English Channel and by right of conquest, became King of England. One of the greatest legacies and paramount enterprises of the Vikings in the early tenth century was this colonization of Normandy. As we have seen, Hrolf and his descendants came to have an important role in the politics of Europe. They ruled Normandy until 1204 when Philip Augustus annexed the duchy to the French royal domain and eliminated the title of Duke. 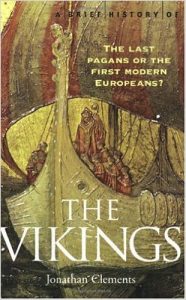 The Vikings:  The Last Pagans or the First Modern Europeans? / Jonathan Clements