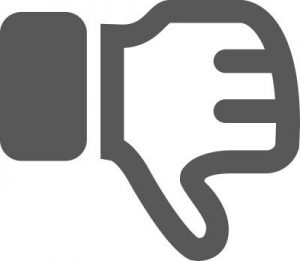 Last week, I took a break from reporting on the Trump campaign’s well-deserved and long-awaited implosion to observe Yom Kippur, the Jewish Day of Atonement.

On this day, we symbolically beat our breasts with fists as we say the Ashamnu (literally, “we are guilty”) confession: “We betray. We steal. We scorn. We act perversely. We are cruel. We scheme. We are violent. We slander. We devise evil. We lie. We ridicule. We disobey. We abuse. We defy. We corrupt …”

The confessional reads, in short, like a summary of Donald Trump’s strategy over the past 16 months.

But it also is a road map to recovery.

This ancient ritual is based on the concept of collective responsibility: Each of us may not have committed every sin, but we atone for all sins anyway, because we are indirectly responsible for the sins of the community. The concept comes from Deuteronomy 21:1-9: If a murder victim is found and the killer is unknown, the elders of the nearest town must perform an animal sacrifice to atone for the bloodshed. Medieval rabbis developed the concept further in the Talmud, giving us the Aramaic phrase, Kol yisrael arevim zeh bazeh”: All of Israel is responsible for one another.

At the end of the ugliest political season any of us has ever seen, the need to be responsible for one another has new relevance. Trump, those running his hate-filled campaign and the weak leaders of the Republican Party are directly to blame for the damage they’ve done to democracy and civil society. But we are all responsible for creating the environment that allowed Trump to rise. And we are all responsible for repairing our broken politics so this can’t happen again.

But the Trump fiasco has been more than two decades in the making, going back to Newt Gingrich’s destruction of civility; Bill Clinton’s personal misconduct; a Supreme Court that, in Bush v. Gore, delegitimized democracy; George W. Bush and Dick Cheney squandering the warm courage of national unity after 9/11; a bipartisan cycle of revenge in Congress; angry liberals portraying Bush as a war criminal; the fury and racial animus of the tea party and the birthers; GOP leaders too timid to tamp down the excesses; and Supreme Court decisions that allowed anonymous groups to spend unlimited sums poisoning the airwaves with vicious and false political speech.

My colleagues and I in the news business deserve much of the blame. Fox News essentially created Trump as a political figure, validating his birther nonsense and giving him an unparalleled platform before he launched his campaign. The rest of the news media, and most visibly CNN, gave the entertainer undiluted and uncritical coverage (at least until he secured the nomination), sacrificing journalistic integrity for viewers and readers. If you don’t report on Trump’s latest action, utterance or outrage, you won’t get the clicks or the ratings. And the combination of social media and a news industry fragmented by ideology allows an increasingly polarized public to choose only information that confirms their political views.

Trump exploited all this. Shame on him. But shame on us for letting him.

So how do we atone?

] Make sure he’s defeated, and resoundingly, to limit his hold over the GOP going forward. At the same time, we bind up the nation’s wounds by helping those non-college-educated workers who gravitated toward Trump because they’ve been hurt by trade, urbanization and a changing economy; a huge infrastructure-and-training bill would help. The Senate needs to return the Supreme Court to full power, and the justices need to consider how their campaign-finance rulings are destroying the electoral process. President Hillary Clinton needs to help House Speaker Paul Ryan, or whoever passes for a reasonable voice in the GOP, to isolate the extremists. We in the media — and I fault myself for this — need to find a way back to civic responsibility rather than rewarding the most entertaining candidate or whoever leads in the polls. And all of us need to recognize that our institutions are more fragile than we suspected.

“We all own a piece of this,” my rabbi, Danny Zemel, told me the morning after Yom Kippur. “The community has to own it.” Just as the Old Testament required city elders to atone for an unsolved murder in their jurisdiction, “the day after the election, we all face the collective challenge of what we do next to make sure that this does not continue, to get ourselves out of this morass.”

Trump is to blame, but we are all guilty. Ashamnu.