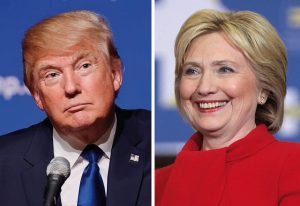 Some thoughts on the coming Presidential debate Monday night. First, debates matter a lot, but not necessarily for reasons people think. They rarely move poll numbers permanently themselves. But they do help to establish closing narratives to the campaigns and clarify existing narratives. Typically when the leading candidate has a bad first debate (Reagan 1984, Bush 2004, Obama 2012), there is a brief but only temporary spike for the opponent. But that usually dissipates by the second debate. 1980 is everybody’s favorite exception, but there was only one debate and it followed months of refusal by Jimmy Carter to even participate in one-on-one debate with Ronald Reagan.

Another point about polls: I generally believe most of the public polling movement in a Presidential campaign is the result of who is enthusiastic enough to answer a phone call and talk to a pollster, not necessarily shifting opinion. When bad news strikes candidate A, that candidate’s supporters don’t want to talk about it. Candidate B’s supporters are excited to talk about it, so the raw data shows a weirdly skewed response. Then the pollster corrects for this “non-response” bias by weighting the results to reflect a pre-conceived demographic makeup (and likely voter screen). Public pollsters are under deadline pressure from media clients to report their results fast, even if they capture the electorate during an unusual news moment. Note that campaign internal pollsters don’t have those time pressures, so they can make sure they get a truly accurate sample according to their predicted demographic makeup. They usually find much smoother and steadier poll numbers throughout the campaign.

That said, this year is unusual for two reasons.

Both candidates have extremely high unfavorable numbers. Which means a very high proportion of voters for each candidate are thinking only about opposing the other side.

And that leads to a second phenomenon: an unusually high number of voters are thinking of voting Third Party, not voting, or cannot figure out what to do. There is probably more volatility this election than before, though it shouldn’t be overstated. And even with that volatility, poll results have wavered between a Clinton lead in upper single digits to just about a tie or tiny Clinton lead. Trump has never broken through his polling ceiling. But Clinton has occasionally come down to even with that ceiling.

So what will the debates do for this race?

They will give voters the first opportunity to judge these two candidates side by side and in real time. The body language, content mastery, steadiness of tone, emotional resonance, temperament: all will be on display in a 90-minute miniature version of a White House crisis. The challenges for each candidate are obvious: Trump needs to show that he’s not insane, not an idiot, not a BSer, not a bullying bigot, and can articulate a vision that actually connects with most voters. Clinton needs to show that she is a real person beyond the caricature, can speak honestly about her positions and her actions, and can connect broadly to voters’ actual concerns. In both cases, they must connect with voters. And that requires more than one-liners and insults, of which that unusually large pool of undecided voters has seen plenty so far.

I know that the media is trying to alter expectations and the candidates are trying to work the refs, with plenty of fear out there that Trump will be declared the victor if he doesn’t urinate on the floor. But recent polls actually show a higher percentage of Americans thought Obama would win the first debate with Romney than think Clinton will win against Trump. So expectations are not as lopsided as many think.

This will likely be the most heavily watched debate in American history. Trump has never done a one-on-one debate, and certainly not one this long. He can’t throw in a few one-liners and then let Kasich and Cruz argue about policy specifics. He has to give answers himself, and those answers will be played back many times in the days following. If he goes the BS word salad route, it will show, even if HRC doesn’t call him out on the spot. On the other hand, Clinton must do a better job of condensing her policy prescriptions into segments that voters can rally around. And, as Josh Marshall has mentioned, she must avoided lawyerly responses to inevitable questions about emails, Benghazi or the Clinton foundation. As for responding to the Trumpian BS tornado, she must respond calmly by pointing out how he is wrong, but then move back to her positive case. If she does that, she will soar into a commanding lead for good. If not, this will keep going down to the wire.