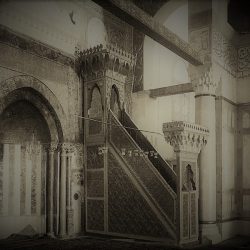 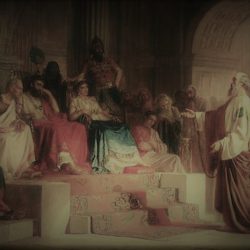 Caligula made Herod king of the territories of Gaulanitis (the Golan Heights), Auranitis, Batanaea, and Trachonitis. Curated/Reviewed by Matthew A. McIntoshPublic HistorianBrewminate Introduction Herod Agrippa, also known as Herod II or Agrippa I (11 BC – AD 44), was a King of Judea from AD 41 to 44 and of Philip’s tetrarchy from 39. He was the last ruler with the royal title reigning over Judea and the father[…] 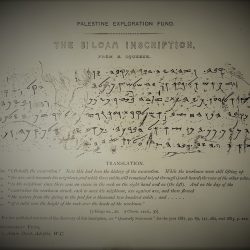 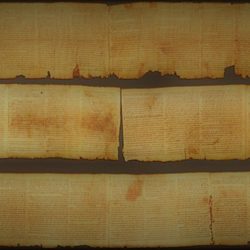 Oral-and-literate ancient Israel probably had performance settings that were standardized for its oral narrative literature. By Dr. Robert D. Miller II, O.F.S.Ordinary Professor of Old TestamentAssociate Dean for Graduate StudiesThe Catholic University of America Recent studies in oral tradition have shown that many societies produced oral and written literature simultaneously. Such a model for biblical[…] 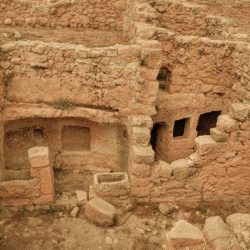 Immediately following the deposition of Herod Archelaus in 6 CE as a client king, Judea was turned into a Roman province. Introduction The Roman province of Judea, sometimes spelled in its original Latin forms of Iudæa or Iudaea to distinguish it from the geographical region of Judea, incorporated the regions of Judea, Samaria and Idumea,[…] 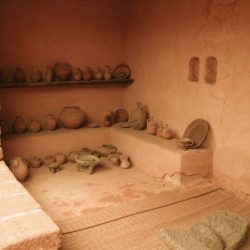 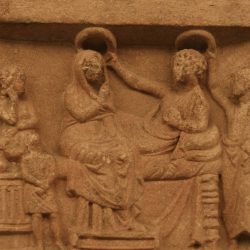 Plato’s Nomoi and the Book of Deuteronomy dealt intensively with the fissures between rich and poor within society. Abstract The way in which a nation’s economy is structured is of great importance for the material welfare of its people as well as the people’s relationship with the state and the operation of the state itself.[…] 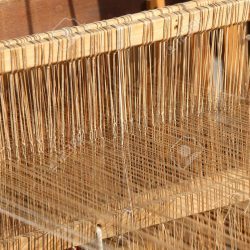 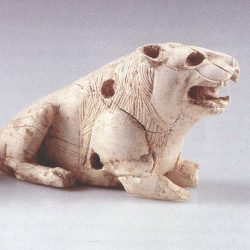 Art reveals many aspects of the ancient Kingdom of Israel. Introduction Ancient Israelite art traditions are evident especially on stamps seals, ivories from Samaria, and carvings, each with motifs connecting it to more general artistic traditions throughout the Levant. Ancient Israel, and therefore its art, existed from about the 10th century BCE until the late[…] 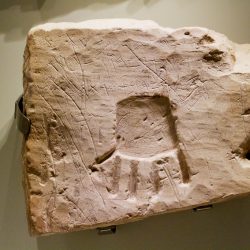 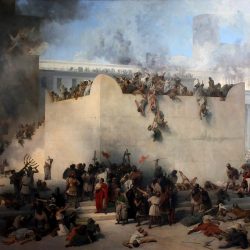 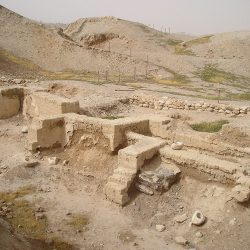 Human remains, the “Palestine Man”, found south of Lake Tiberias in the Zuttiyeh Cave, date back as early as 600,000 BCE. Introduction Palestine is one of several names for the geographic region between the Mediterranean Sea and the Jordan River and various adjoining lands. Different geographic definitions of Palestine have been used over the millennia,[…] 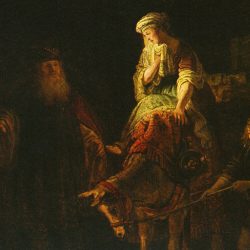 Jehoash strictly enforced the exclusive worship of the Hebrew God, Yahweh, and was on shaky ground politically. Introduction Jehoash, sometimes written Joash or Joas, was the king of the ancient Kingdom of Judah, the sole surviving son of Ahaziah. William F. Albright dates his reign to 837-800 B.C.E., while E. R. Thiele puts it at[…] 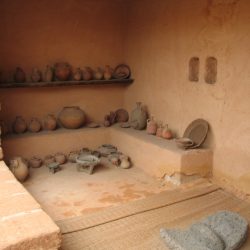 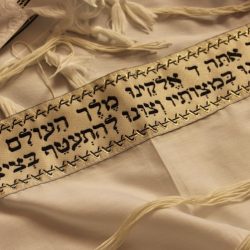 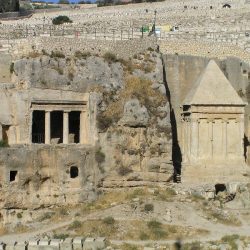 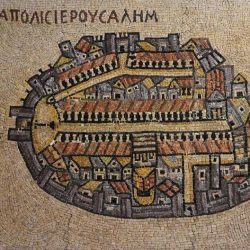 Jerusalem has been an urban center for approximately 5,000 years. Introduction Jerusalem is the capital of the modern nation of Israel and a major holy city for the three Western traditions of Judaism, Christianity, and Islam. It sits on spurs of bedrock between the Mediterranean Sea and the Dead Sea area. To the north and west, it[…] 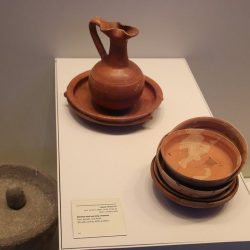 Archaeological remains attest to a rise in urbanization in the 10th century BCE as reflected in building technologies. Introduction Though the kingdom of Judah was not particularly notable in terms of technological developments, technology, nonetheless, played a central role in its rise as a political power in the region. Emerging in the 10th century BCE, it[…] 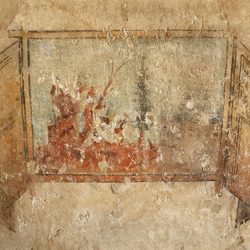 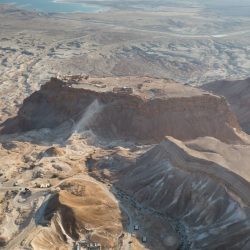 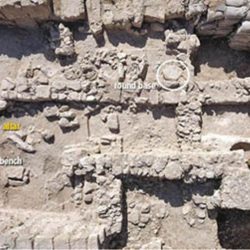 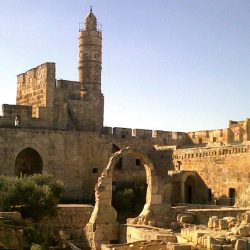 Archaeology, epigraphy, and literature function in tandem in order to establish a more coherent account. Introduction The Iron Age in the traditional Ancient Near Eastern chronology ranges from somewhere around 1200 BCE to 333 BCE. It begins from the era when it was first thought iron came to be used up to the ascendency of[…] 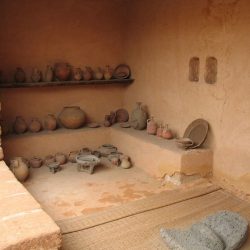 Looking at ancient Israeli construction and architecture, writing, industrial tools, and weapons of war. Introduction Technology enabled ancient Israel, the Northern Kingdom excluding Judah, to be economically prosperous and establish itself as a major political power as early as the 10th century BCE, steadily growing until its destruction in 720 BCE. Some of the most important[…] 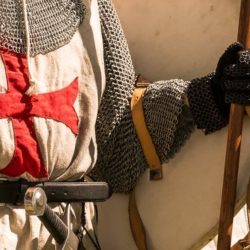 Many exaggerated claims have been made concerning the effects and consequences of the crusades on life in the Middle Ages and later. By Mark CartwrightHistorian Introduction The crusades of the 11th to 15th century CE have become one of the defining events of the Middle Ages in both Europe and the Middle East. The campaigns[…] 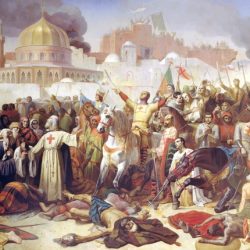 What were the motivating factors for crusaders, from the Pope to the humblest warrior? By Mark CartwrightHistorian Introduction The Crusades were a series of military campaigns organised by Christian powers in order to retake Jerusalem and the Holy Land back from Muslim control. There would be eight officially sanctioned crusades between 1095 CE and 1270[…] 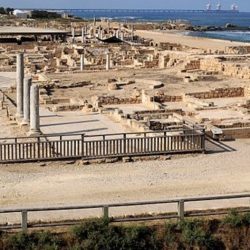 Herod built on a Roman scale. King Herod had a substantial architectural heritage to his name in the Levant by the time of his death in 4 BCE. As one of Rome’s most loyal client kings, he incorporated much Roman-style architecture throughout the lands he ruled. He visited Rome in 40 BCE and returned two[…] 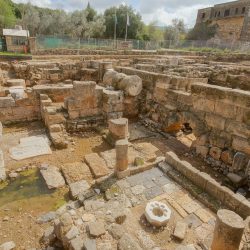 Banias was first settled by the Canaanites c.198 BCE and later renamed Caesarea Philippi by the Romans in 4 BCE. In the complex world of Middle Eastern boundary disputes, spare a thought for Banias, the ancient City of Pan. Straddling a strategic crossroads, it has for centuries seen masters come and go. Today’s tug-of-war is[…]