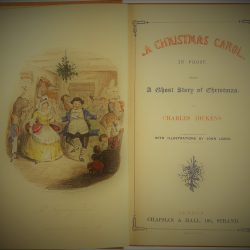 Reflecting on their essential role in developing the novel’s meaning and structure. Introduction There had been ghosts in literature before the Victorians, but the ghost story as a distinct and popular genre was the invention of the Victorians. Charles Dickens was hugely influential in establishing the genre’s popularity – not only as a writer but[…] 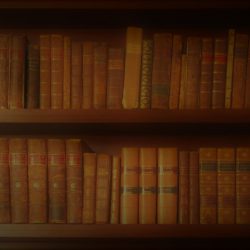 Class became synonymous with the ownership and appreciation of books and the personal qualities books were expected to foster. Abstract This paper explores the role of books in American antebellum domestic fiction. Written primarily for middle-class readers, domestic fiction offers advice on how to create an ideal home and in these ideal homes the presence[…] 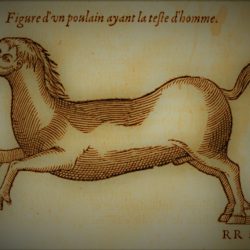 Monstrous figures continue to captivate today and remain a popular source of wonder and curiosity. What makes a monster? A monster is seen to be any creature that deviates from the norm…We feel pity and compassion, but we are also greatly unsettled. John & Caitlin Matthews, The Element Encyclopedia of Magical Creatures, 2008 Introduction Monsters are[…] 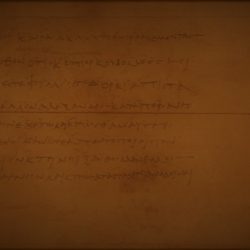 The biggest factor for the survival or disappearance of classical texts is actually likely to be their use in medieval school education. Works written by ancient Greek and Roman authors have made a major impact on the world’s culture and society. They profoundly shaped medieval thought, as you can discover in Cillian O’Hogan’s article The Classical[…] 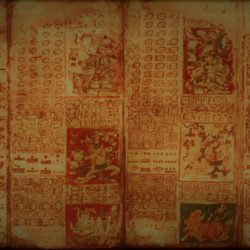 The first author of literature in the world, known by name, was the high-priestess of Ur, Enheduanna (2285-2250 BCE). Introduction Literature (from the Latin Littera meaning ‘letters’ and referring to an acquaintance with the written word) is the written work of a specific culture, sub-culture, religion, philosophy or the study of such written work which may appear in poetry or in[…] 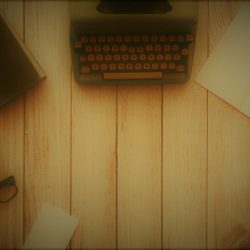 Writing is one of the activities that makes us humans so unique. For thousands of years, the human race has been attempting to record its thoughts and experiences with various forms of the written word. From its beginnings, the written word has become one of the most powerful tools we have when it comes to[…] 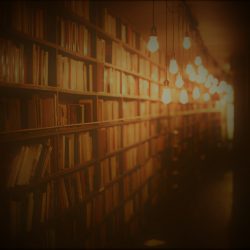 Those who understand the power of great books and the amount of knowledge they possess have never left their power go to waste. Many authors have managed to unlock so many secrets about humanity and our existence. This is a book list that will show you a few great books that shape our past, present,[…] 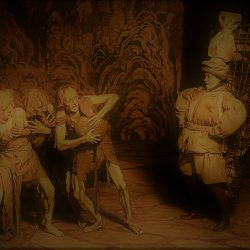 There is a suggestion that the name is in fact a veiled pun on a Low German phrase translating to “wipe-arse”. Introduction Till Eulenspiegel is the protagonist of a German chapbook published in 1515 (a first edition of c. 1510/12 is preserved fragmentarily) with a possible background in earlier Middle Low German folklore. Eulenspiegel is[…] 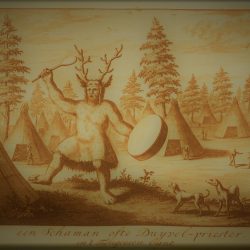 How mushrooms became established as a stock motif of Victorian fairyland. This article, Fungi, Folklore, and Fairyland, was originally published in The Public Domain Review under a Creative Commons Attribution-ShareAlike 3.0. If you wish to reuse it please see: https://publicdomainreview.org/legal/ From fairy-rings to Lewis Carroll’s Alice, mushrooms have long been entwined with the supernatural in art and[…] 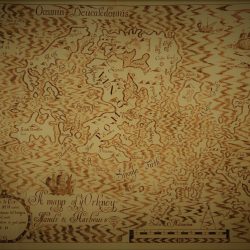 How early modern science’s fascination with unfamiliar objects helped a new chapter of Scottish folklore. This article, The Orkney Finnmen Legends: From Early Modern Science to Modern Myth, was originally published in The Public Domain Review under a Creative Commons Attribution-ShareAlike 3.0. If you wish to reuse it please see: https://publicdomainreview.org/legal/ At the end of the 17th[…] 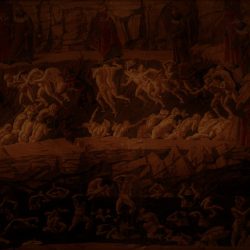 Dante primarily intended to explain biblical justice through his contrapasso. By Joseph KameenArtist and Educator Contrapasso is one of the few rules in Dante’s Inferno. It is the one “law of nature” that applies to hell, stating that for every sinner’s crime there must be an equal and fitting punishment. These punishments, however, are rarely[…] 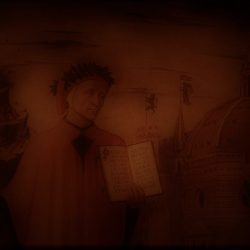 Dante’s written works are a heady mix of philosophy, politics, and literature. Introduction Dante Alighieri (1265-1321 CE) was an Italian poet and politician who is most famous for his Divine Comedy (c. 1319 CE) where Dante himself descends through Hell, climbs Purgatory, and arrives at the illumination of Paradise, meeting all sorts of historical characters along the[…] 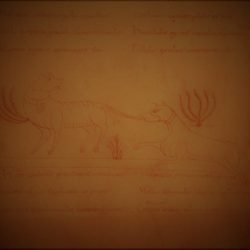 Ysengrimus is usually held to be an allegory for the corrupt monks of the Roman Catholic Church. Introduction Ysengrimus is a Latin fabliau and mock epic, an anthropomorphic series of fables written in 1148 or 1149, possibly by the poet Nivardus. Its chief character is Isengrin the Wolf; the plot describes how the trickster figure[…] 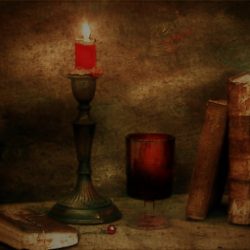 There are so many health benefits associated with reading books, and for your information, not just any books. You’ll want to ensure that the books you feed your mind with are enriching, relative, and expansive. Reading has been shown to help reduce stress, boost cognitive functions, and an overall improvement in your wellness. However, finding[…] 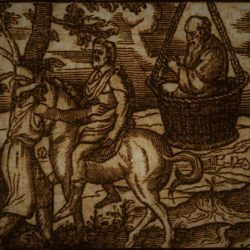 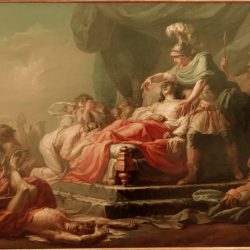 Memories of the past were an important guide to the future. This is in part why the funeral oration became so important in Athenian life. Introduction As a scholar of classical studies, I tend to look to the past to help understand the present. Ancient literature, especially ancient Greek epics, explore what it means to[…] 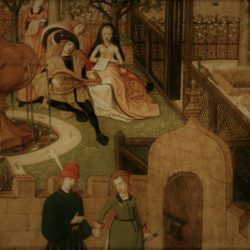 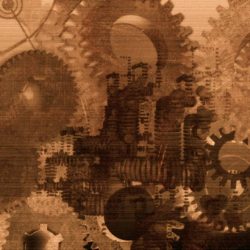 Steampunk examines the consequences extraordinary medical discoveries can have on both individuals and societies. Abstract Influenced by both 19th-century literature and popular representations of science, the figure of the medical doctor in steampunk fiction is marked by ambiguity. At the same time a scientist, a wizard and a mechanic, the steampunk doctor exists halfway between[…] 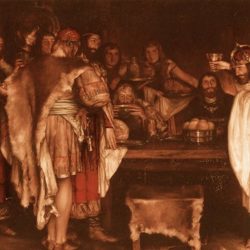 Macbeth appears to have cleverly positioned Scotland between her more powerful neighbors yet he did not isolate Scotland either. Introduction Mac Bethad mac Findlaích, (died August 15, 1057), was King of Scots (also known as the King of Alba) from 1040 until his death. He is best known as the subject of William Shakespeare’s tragedy[…] 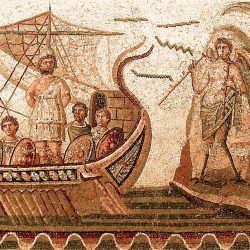 Odysseus’s natural leadership, smarts, and cool head are exceptional, and he is entertainingly deceptive and tricky. Introduction The Homeric epics, which tell stories of war, heroism, and coming home, have endured for perhaps 3,500 years. From their start as performances by oral poets to the books we read today, the tales have been told and[…] 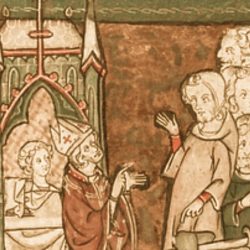 Looking for history in the latest version of King Arthur. Introduction For those of you watching Cursed, there are spoilers ahead.  The elusive Lady of the Lake from the legends of King Arthur is the leading character, Nimue, in Netflix’s new action-and-magic-packed series Cursed. Based on the 2019 graphic novel of the same name, Cursed[…] 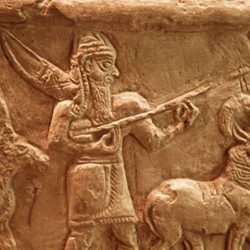 Exploring believed what and the effect literal belief in myths had on given social orders. Introduction Anthropologists and literary critics tend to read even sacred ancient literature in the manner of Homer’s and Virgil’s epics, that is, as fiction with historical elements. They don’t, however, always follow up with the implications of that. Mesopotamian myths[…] 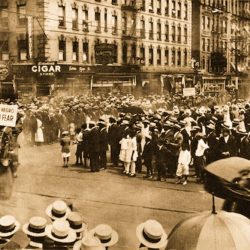 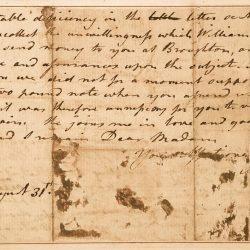 Gothic literature has a long, complex, and multi-layered history. Introduction Ever read a strange book or watch a scary film, and feel the hairs on your arms stand on end? Ever get the “chills” encountering a creepy story, or have a hard-to-pin-down, icky feeling while standing in a cemetery or house that feels “haunted”? Have[…] 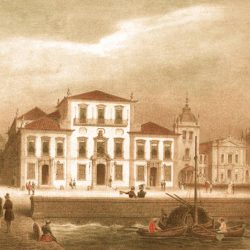 The travel literature, which did not have Brazil as final destination, could have disproportionate and unsuspected repercussions. By Dr. Ângela Maria Vieira DominguesProfessor of HistoryInstituto de Investigação Cientíca TropicalCentro de História de Além-Mar (FCSH/UNL) Abstract As part of a reflection on Atlantic history, I intend to reread the travel literature written by Europeans who stayed[…] 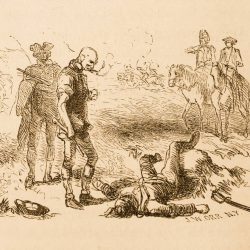 American fiction of the 19th century often featured a ghoulish figure, the cruel doctor, with unfeeling fascination about bodily suffering. This article, Sick Doctors: Suffering and Sadism in 19th-Century America, was originally published in The Public Domain Review under a Creative Commons Attribution-ShareAlike 3.0. If you wish to reuse it please see: https://publicdomainreview.org/legal/ On one page [of[…] 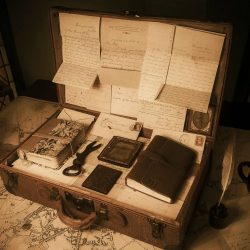 The myth is likely related to a medical condition with symptoms that may explain many elements of centuries-old vampire folklore. Introduction The concept of a vampire predates Bram Stoker’s tales of Count Dracula — probably by several centuries. But did vampires ever really exist? In 1819, 80 years before the publication of Dracula, John Polidori,[…] 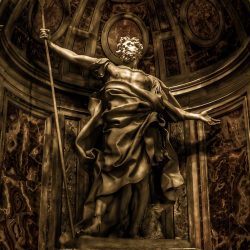 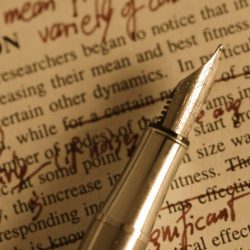 Writing is always followed by editing, which includes all the crucial elements needed to put a document upright. Editing works to take hold of the errors in a document, specifically bringing up the subject matter. However, editing is not a one-time thing and requires professional expertise. And with the market lined up with so many[…] 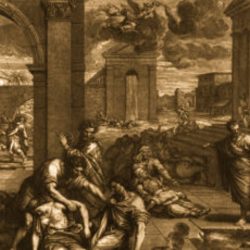 Poe’s story follows many traditions of Gothic fiction and is often analyzed as an allegory about the inevitability of death. Introduction “The Masque of the Red Death” (originally published as “The Mask of the Red Death: A Fantasy”) is a short story by American writer Edgar Allan Poe, first published in 1842. The story follows[…]