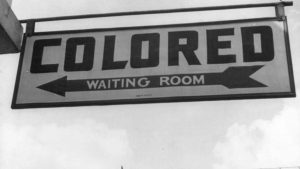 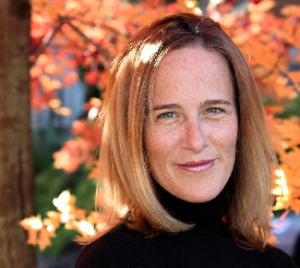 Segregation contradicts what most students have learned about American freedom and democracy. Textbooks locate segregation’s origins in Southern disenfranchisement laws of the 1890s and highlight the Supreme Court’s 1896 “separate but equal” ruling in Plessy v. Ferguson. The majority of African Americans still lived in the South and worked as agricultural laborers for white landowners who denied them an education and exploited them economically. New job opportunities during World War I offered one escape. More than a million African American Southerners joined the Great Migration to the North, where they could vote but where “custom and tradition” meant they encountered discrimination in employment and housing. Textbooks emphasize the National Association for the Advancement of Colored People’s legal challenges, and portray the 1954 Brown v. Board decision as the culmination of the fight. Thus, from the 1890s to the 1950s, African Americans endured as best they could.

Historians debate the origins of Jim Crow, but it is important to remember that slavery had mandated the use of laws and practices to govern interracial relations. Both de jure and de facto segregation of free African Americans in public accommodations, schools, and churches emerged in the nation prior to the Civil War. The South’s turn to de jure segregation in the 1890s did not, however, restore patterns that had prevailed under slavery, when slave owners and slaves often lived and worked in close proximity to one another. Separation from whites by choice accompanied freed people’s desire for independence from their former white owners even as they expected the full and equal citizenship guaranteed to them by the 14th Amendment. Historians have also persuasively argued that segregation represented a modern, Progressive Era solution to problems spawned by industrialization and urbanization. Hence, it was a creation unique to the New South.

The first generation of freeborn black Southerners were strivers, and the extent of their successes during and after Reconstruction alarmed the white supremacists determined to reassign all black people a subordinate place in the social order. Still, white supremacists had to be clever. Disenfranchisement laws, like those from the 1898 Louisiana state constitution, did not mention race explicitly because to do so would openly violate the 15th Amendment (see Primary Source Louisiana Grandfather Clause [1898]). Textbooks remain silent on the economic context in which de jure segregation was created as well as how ideas about manhood and womanhood influenced the rationale for imposing it. Interracial political alliances in the Republican and Populist parties informed the timing of Jim Crow’s debut, but Southern Democrats wrapped their justifications in the cloak of protecting white women from African American men. They relied on rape scares to convince all white men that they must unite along racial lines, not shared class interests or party alliances, to rid politics of African American men.

Textbooks do not adequately link the disenfranchisement of African American men to its consequences. Reviews of specific legislation hardly provoke a deeper consideration of what the vote accomplishes, particularly with regard to the allocation of resources for schools, neighborhoods, and social services. Nor do textbooks explain how the narrowing of the Southern electorate and the region’s domination by one political party affected national politics. Seniority in Congress meant that Southern legislators had an inordinate amount of power to shape all federal legislation. Textbooks also ignore the fact that the South’s opposition to the 19th Amendment was rooted in the realization that enfranchising women would bring African American women to the polls too.

Displaying photos of segregated water fountains utterly fails to convey how Jim Crow’s long reign shaped life for generations of African American and white Southerners. Whether in neighborhood stores or on public sidewalks, segregation established an intricate set of rules to govern every kind of interracial contact that were reinforced by its repeated daily humiliations. Laws and practices that assigned African American laborers the most menial and lowest-paying jobs and kept them out of labor unions ensured their economic subordination.

Segregation literally rendered African American life less valuable than white life. Black Southerners had higher mortality rates, for example, because they lived in areas where white officials did not invest in improving sanitation and because the lack of public spending on health services for black people typically meant fewer hospitals and treatment options. An untold number of black adults and black children died as a result.

Students need a clear understanding that violence—or the threat of it—was central to maintaining segregation, and what made racial terrorism so effective was its randomness in execution. Rumors of rape might spur a lynching or a race riot in which white mobs attacked entire black communities.

Textbooks obscure how lynching functioned as a political and economic tool. They do not explain spectacle lynchings which were highly ritualized events that drew hundreds or thousands of onlookers. Nor do the textbooks examine the specific contexts in which racial violence flourished and how these changed over time. Textbooks also fail to call adequate attention to the reality that this violence was national in scope. Primary sources like Claude McKay’s 1919 poem “If We Must Die” express African American responses to the racial violence that erupted following World War I (see Primary Source “If We Must Die” [1922]).

Also absent in textbooks are the organized efforts, first led by African Americans and later by interracial groups, to combat lynching and their failure to secure federal anti-lynching legislation. The December 1930 newsletter from the Association of Southern Women for the Prevention of Lynching reviews disfranchisement’s effects on Southern politics and condemns mob violence that resulted in lynching (see Primary Source News Bulletin, December 1 [1930]).

Textbooks that portray segregation as a prelude to a more celebratory narrative of the civil rights era collapse the history of earlier generations of African American people into a monolithic victimhood. Yet the dependence on violence as the ultimate enforcement tool underscores the difficult work of white supremacy. During Reconstruction, African Americans established churches, schools, businesses, and mutual aid societies to institutionalize their freedom, strengthen their communities, and train future leaders. They did not cease to act politically after losing the right to vote.

An almost exclusive focus on the Brown decision in textbooks eclipses other legal battles for equality in education, employment, and housing, along with the right to vote in the all-white Democratic primary. Primary sources demonstrate that African Americans embraced a variety of strategies to combat segregation’s injustices.

The excerpt from the Supreme Court’s 1948 decision in Shelley v. Kraemer, for example, pertains to a battle for equal access to housing outside of the South (see Primary Source Excerpt from Chief Justice Fred M. Vinson [1948]). At the same time, textbook celebrations of Brown overlook both the overt and the subtle delay tactics designed by state legislatures, which kept some school districts segregated into the early 1970s, as well as recent court decisions that have led to re-segregation in public schools.As the primary sources show, the South’s vicious de jure system of segregation stands apart. Yet the rest of the nation’s reliance on both informal custom and formal policy means that segregation—as well as the white supremacy and federal complicity that sustained it—cannot be dismissed as a regional aberration in an otherwise democratic nation.