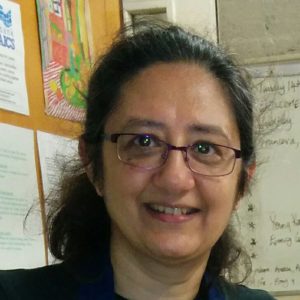 George Shuttleworth was a psychiatrist and an asylum superintendent at the Royal Albert Asylum in Lancaster for 23 years. He was also an important campaigner on education for mental patients. His book, ‘Mentally Deficient Children’ is an argument for the education of children with developmental and learning disabilities.  It was the standard text on the subject and ran to five editions from 1895 to 1922 – the ‘British Medical Journal’ declared it “such a widely read book… that there can be few psychiatrists throughout the civilised world to whom his name is not familiar”.

For the modern audience, Shuttleworth’s use of terms such as mentally deficient, idiot, imbecile and feeble-minded make for uncomfortable reading. Yet this was the language of mental health for the medical community, as well as society at large, in the 19th and early 20th centuries.

Terms such as lunacy and idiocy were used clinically, but their meaning was imprecise and often referred to a complex mix of symptoms and causes covering a range of conditions. Daniel Hack Tuke’s ‘Dictionary of Psychological Medicine’ defines a lunatic as “one who hath had understanding but by disease, grief, or other accident hath lost the use of his reason.” In the broadest terms, lunacy generally applied to mental illness, while idiocy applied to brain damage or developmental and neurological conditions.

“The difference between idiocy and imbecility,” he explains, “being one of degree not kind, it will suffice to say that the former designation is applied to the lower grades, the latter to the higher grades of marked mental defect, whether congenital or acquired. Mental feebleness (feeble-mindedness) is distinguished by departures from the normal mental development less marked than the above.” 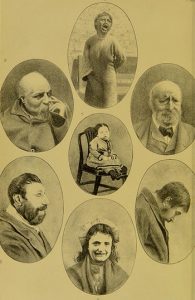 “Portraits of patients labouring under various forms of mental defect and disorder”. From ‘A Dictionary of Psychological Medicine’, 1892.

Given these were legitimate clinical terms of their day, why do they make us so uncomfortable? Is it because terms such as ‘idiot’ and ‘imbecile’ have become general terms of abuse in the playground and beyond?

It seems like more than squeamish ‘political correctness’ to me. Patients were identified as imbeciles, idiots, cretins and mongoloids rather than as people who had learning disabilities or developmental conditions. Underlying this was an ideology of social control.

Shuttleworth says “unfortunately there is sometimes associated with mental defect … moral weakness. He quotes Dr Blandford, Fellow of the Royal College of Physicians, on the issue of ‘moral insanity‘ or ‘moral imbecility’: “There is a tendency to low and depraved habits, brutish and sensual enjoyment, to low company … they show an absolute disregard for truth or for right behaviour.” As Blandford notes, it is not the behaviour in itself that is at issue, but whether it is appropriate for a person’s situation and place in society: “In examining such an individual we must consider his conduct in regard to his environment and bringing up. What might be passed over in the lower walks of life is in the higher evidence of a degraded mental state”. And a medical diagnosis of moral insanity could be a licence to incarcerate such people, in case their behaviour  ‘contaminated’ the wider population either by example or through their progeny.

What, then, do we make of Shuttleworth, a leading campaigner for the education of mental patients but nevertheless a man of his time? His obituary in the British Medical Journal says: “His character and personality were such that those who knew him mourn the loss of a warm-hearted friend and a sage counsellor, who was ever ready to give his services in the cause of the needy and distressed.” 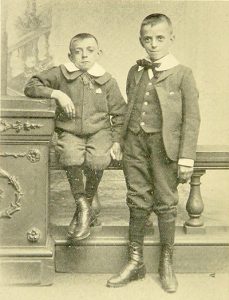 G. and D. B. aged 24 and 19, after ten years continuous treatment for “sporadic cretinism”. In ‘Mentally Deficient Children’, 3rd edition, 1910.

There is no doubt that he was a caring person. Along with all his social arguments and campaigning for the education of mental patients, at the very end of the book he concludes: “After all much that has been done for the idiot and imbecile and even for the feeble minded can only be justified on the ground of that quality of mercy which is ‘nobility’s true badge’.”

For me, there are two lessons here. The first is to beware of judging people from the past on our terms. The second is to question what presumptions, prejudices and beliefs lie hidden in the attitudes of even the most ‘enlightened’ of us when it comes to mental health today.

George Shuttleworth’s personal archive has been digitised by the Wellcome Library.