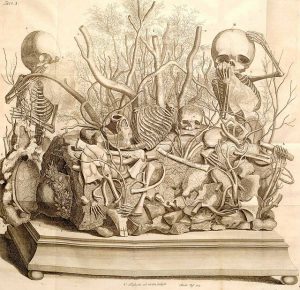 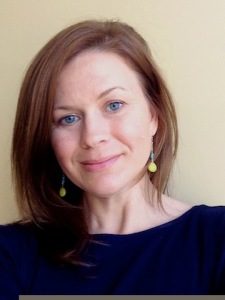 In the 17th and 18th centuries, makers of osteological specimens built fanciful displays with skeletons standing in landscapes made with embalmed human organs, skeletons dangling hearts on a string like a yo-yo, or specimens playing instruments while sitting on a pedestal.   While these kinds of anatomical specimens may seem morbid today, a couple hundred years ago they were considered just as scientific as artistic, and were a common part of museum collections.

These early anatomists created sculptures out of human remains to get the public interested in human anatomy and reduce any disgust felt about showing human skeletons. Any aversion people might have felt towards the presentation of human cadavers was likely due to the association that corpses had with capital punishment because of commonplace public executions, the fact that executioners displayed the decomposing bodies of criminals for months and years for added insult, and until the mid-18th century anatomists could only dissect cadavers obtained from the gallows. Because any hangman could display a dead body, early anatomists likely felt the need to separate their work from that of the executioner by presenting anatomical specimens with artistic flourishes.