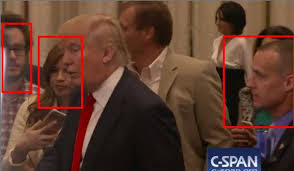 Donald Trump’s campaign manager, Corey Lewandowski, has been arrested by Jupiter, Florida, police and charged with misdemeanor battery for grabbing ex-Breitbart report Michelle Fields as she posed a question to an exiting Trump at the Mar-a-Lago Club on March 8.

The battery was witnessed by multiple reporters, including Ben Terris of the Washington Post, in addition to being captured on camera.

Fields, 28, Tweeted photos of bruises on her arm from the assault. 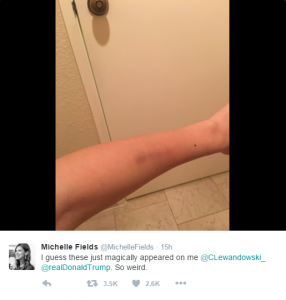 Trump’s campaign released a statement this morning claiming Lewandowski to be innocent.  They said he will enter a plea of not guilty and “looks forward to his day in court.”

See the video below: