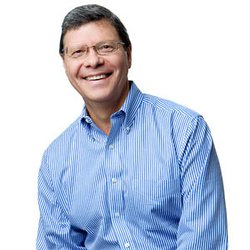 Well it has finally happened:  someone in the conservative talk radio culture and even in the media besides Megyn Kelly interviewed Donald Trump and didn’t seem to be falling all over himself/herself (attention Morning Joe, which when it comes to Donald Trump more often than not seems to be living up to the conservative talker Mark Levin’s nickname “Morning Shmo”) afraid to lose access to Trump.

The person:  Wisconsin conservative talker Charlie Sykes.  He got Trump on his WTMJ radio show. Many conservatives in Wisconsin are reportedly increasingly turned off to Trump who conservatives see as a phony conservative wannabe and they, like many prominent national conservatives, think his winning the nomination could set back the movement that first started taking over the party with the 1960 draft-Barry-Goldwater for President movement for years. Not to mention the GOP itself.

What Sykes did: he asked Trump the question on the beneath-the-dignity Trump battle with rival Texas Sen. Ted Cruz over their wives — if this was a schoolyard playground contest or a Presidential contest. Trump should have known Sykes was not going to be as easy an interview as the cable networks or even many of the broadcast network types who you can almosts see literally drool on getting him on again and again to see their ratings zoom. Skykes asked challenging questions and did follow ups.

Sykes style — albeit coming from an ideological standpoint — was the kind of style taught in most journalism schools (yours truly went to the Medill School of Journalism so I can attest to that as can any reporter at any level of the profession), where you bluntly ask the questions the public might be asking and also do follow up questions if you don’t get a solid answer, not just go through a check list. And if some readers/viewers don’t like it, no reporter went into the business to win popularity contests with news subjects. They try to elicit information which may mean they’re not trying to woo or not offend an interview subject.

Sykes asked Trump about his treatment Heidi Cruz, who he attacked last week by threatening to “spill the beans” about her. Trump’s comments came after a political group with no ties to Ted Cruz or his campaign paid for advertisements featuring magazine photos of Trump’s wife Melania. Trump followed up his threat by retweeting an unflattering photo of Cruz’s wife Hedi.

“Is this your standard?” Sykes asked. “That if a supporter of another candidate, not the candidate himself, does something despicable that it’s okay for your personally –a candidate for president of the United States– to behave in that same way? I mean, I expect that from a 12-year-old bully on a playground. Not someone who wants the office held by Abraham Lincoln.”

“I did a retweet,” Trump said. “And it was art by someone else.”

“Your wife is a beautiful, classy woman, why can you not say the same about Ted Cruz’s wife?” Sykes asked.

In response, Trump explained that his decision to tweet the photo of Cruz’s wife grimacing was a very “mild” response.

I didn’t even know it was necessarily a very bad picture of her versus [my wife] Melania,” he said.

After Trump asked that the interview be focused around policy issues instead of his Twitter timeline, Sykes hammered Trump for holding liberal positions in the past on issues like gun control, as well as campaign donations Trump made to Democratic candidates.

“Why shouldn’t conservatives here in Wisconsin think your claim to be a conservative is just a giant fraud?” Sykes asked.

“As a businessman, I never even thought about all the things you’ve talked about,” Trump said before lauding his past business successes.

“I am a conservative,” Trump said. “I’m not so conservative when it comes to the pure aspects of trade… I believe in free trade, which is nice and conservative,” he said before repeating his usual talking points about being a tougher negotiator with other countries by threatening to implement costly tariffs on imported goods.

“It’ll never happen,” Trump said of a tariff. “But you have the threat out there.”

“Well you’re a much better negotiator than I am,” Sykes said. “But you just said it’ll never happen, so you’ve basically said your negotiating ploy is a bluff.”

Listen to it for yourself:

Sykes also telegraphed what would happen on his show in a post on his website the night before. It’s worth reading in full, but here’s are some key parts:

Donald Trump is about to find out that Wisconsin is different. And one of the reasons is conservative talk radio.

In recent years, Wisconsin has repeatedly found itself at the epicenter of political upheavals (Scott Walker, Act 10, recall elections, Paul Ryan). In 2010, no state switched more decisively from blue to red and in this traditionally progressive state the GOP still controls the governorship, both houses of the legislature, a majority of the congressional delegation and (at least for now) a U.S. Senate seat. The heart of the conservative resurgence here is southeastern Wisconsin – which is turning out to be very unfriendly territory for the GOP front-runner.

Last week, we called on Wisconsin’s conservatives to be “a firewall of rationality in the madness that is the current GOP campaign.” Voters here are well positioned to do exactly that. They are savvy, well-informed, and deeply engaged. And they are not buying the vulgar buffoonery that Trump is selling. In the critical WOW counties around Milwaukee – Waukesha, Ozaukee, Washington – Trump is viewed positively by just 25% and negatively by 64% of GOP voters.

But I am only one of the hosts here who has broken with the national talkers who drank deep from the toxic cup of Trumpism. Wisconsin boasts an unusually robust talk radio infrastructure – one that includes my colleague on WTMJ, Jeff Wagner, WISN’s Mark Belling, Jay Weber, and Dan O’Donnell, as well as Green Bay’s Jerry Bader. There are no Hannity-like Trump fan boys here.
There’s more — and do go to the link and read it in full.

His comment about Fox News’ Sean Hannity nails part of the problem. To those inside the U.S. and outside who don’t know Sean Hannity, Hannity for years has been a kind of p.r. person or infomercial interview for those candidates who he agrees with. Hannity He now makes no bones about being for Trump. Some liberals have called Hannity “Rush Limbaugh Light” (in more ways than one…) but that’s not accurate or fair to Limbaugh. I am absolutely fan of Limbaugh’s, but he has a long history as a broadcaster and is in fact an excellent broadcaster who was, in the EARLY days of his nationally syndicated show, actually funny. Hannity is Limbaugh (whatever) pounds lighter without the notable broadcasting talent (no matter how many viewers Hannity has). Then you have Fox News’ Bill O’Reilly who is a friend of Trump’s (and some think a kindred spirit in the way he bullies guests) who will ask some questions but only go so far in asking Trump pointed questions — because O’Reilly doesn’t want to lose “the get” that gets him the ratings and makes him one of Fox’s biggest cash cows.

A thorough interview is not supposed to necessarily be fun for the subject if they’re in political life. And it should not be a big informercial throwing more softballs that a year’s worth of elementary school ball players. All too often you get those with a occasional hardball that’s seemingly thrown halfheartedly or weakly. Sykes asked the pointed questions his viewers wanted to hear — and gave Trump a taste of pointed follow up questions.