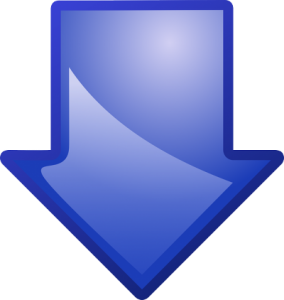 On the debate stage Sunday night, we saw a lifelong public servant with total grasp of the issues and concrete plans to take the nation forward. And we saw a saw a fraudulent boor who knows nothing about anything and brags about groping women. Let’s not pretend anymore that we have an actual choice.

Let’s not pretend there is any question about who “won” the debate, because only one candidate — Hillary Clinton — actually debated. Donald Trump did nothing but spew dangerous and incoherent nonsense, demonstrating in the process how fortunate we are that his electoral prospects finally seem to be circling the drain.

“If I win, I am going to instruct my attorney general to get a special prosecutor to look into your situation,” Trump told Clinton, referring to how she handled emails from her tenure as secretary of state. I believe those have to be the most shockingly un-American words ever uttered at a presidential debate, and they made me sick to my stomach.

That sort of thing happens in banana republics: Newly elected leaders use state institutions to persecute and punish their political rivals. Presidents of the United States do not behave this way, for heaven’s sake. The fact that Trump would threaten Clinton with prison proves he does not begin to understand, let alone respect, the traditions that have sustained our democracy since the time of the founders.

The debate at Washington University in St. Louis came two days after The Washington Post obtained and published video footage in which Trump boasts about subjecting women to sexual assault. If you are a “star” like he is, Trump says in the video, “you can grab them by the [vagina].” He used a vulgar word that I will not repeat.

The video was recorded on an “Access Hollywood” bus in 2005. The cavalier way in which Trump speaks of kissing and groping women — and of trying but failing to get “Access Hollywood” star Nancy O’Dell, a married woman, to have sex with him — led dozens of Republican officeholders to renounce their support for the GOP nominee. By Sunday evening, the stream of defecting senators, governors and members of Congress threatened to turn into a flood.

So Trump came into the debate needing to halt what looked like a death spiral for his campaign. His remedy was to throw red meat at his most loyal supporters, who constitute a sizable percentage of the Republican Party base. The message to the GOP establishment was clear: If you join the exodus, I’ll pull the whole party down with me.

But Trump’s poll numbers were already sliding before the “Access Hollywood” tape was revealed. During the debate he may have delighted the true believers who flock to his rallies. But he did nothing to change the fundamental dynamics of the race — or let principled Republicans continue to pretend he shares their values or ideals. House Speaker Paul Ryan announced Monday that he will no longer campaign with or defend his party’s nominee. That could be the death knell the Trump campaign so richly deserves.

Asked at the beginning of the debate about the video, Trump said it was just “locker room talk” and then started babbling about “a world where you have ISIS chopping off heads.” No one was fooled by this clumsy attempt to change the subject. Trump was essentially claiming that his moral character does not matter. But of course it does.

Trump’s other defense was, essentially, that however much of a misogynistic lout he might be, Bill Clinton is worse. Just before the debate, Trump staged a photo op with three women who claim to have been sexually assaulted by the former president decades ago and one woman whose rapist Hillary Clinton represented in court as a court-appointed defense lawyer. The Trump campaign seated the women prominently in the debate auditorium, perhaps in an attempt at psychological warfare.

It didn’t work. Clinton was relaxed, composed, patient and unruffled. Trump stalked, scowled and at times came up and loomed behind her, like a horror movie villain. She betrayed not a hint of concern.

As for substance, she offered plenty and Trump offered none. Campaign aides have tried to get him to learn something about health care policy, or the Syrian conflict, or his own tax plan. Those aides have failed.

Trump lost the debate. Now he should lose the election and go away.