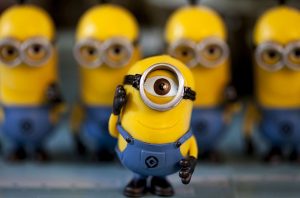 WE GOT THIS. Sonny Abesamis/Flickr

The gap between expert analysis and public opinion seems to be widening by the day. In the US, there is significant popular support for the policies of Donald Trump which the vast majority of experts regards as questionable, to say the least. In the UK we have seen a broad consensus of economics experts warning that a vote to leave Europe will be disastrous, but many members of the public still intend to vote to leave. The global scientific community continues to warn about the catastrophic dangers of climate change, yet many members of public see human-created climate change as a hoax.

These are just three examples of an increasingly wide-spread phenomenon: well-informed experts put forward a view on a topic based on the best evidence available and public opinion jumps the other way. Why does this happen?

One possible answer is that the general public is just stupid. To put this in more acceptable terms, the public do not have a sufficient IQ, enough education or the right information to accurately weigh up the arguments. This explanation may appeal to experts whose opinion is ignored, but it is not correct. Most of the public have sufficient raw intelligence to weight up basic arguments. General levels of education have never been higher – and almost any information is readily available to anyone with an internet connection.

A second answer is that public trust in experts is declining. A closer look at the evidence suggests this is not so. The annual Edelman trust barometer shows that academics and industry experts continue to be trusted by 70% of the public. This compares to 43% for CEOs and 38% for government officials. 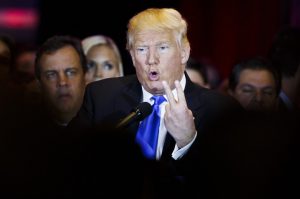 To find the real reason people seem to disregard the views of experts about important matters, we need to look at how we process information. In The Stupidity Paradox, a recent work with Mats Alvesson, we asked why is it that in a world of increasingly smart people we so frequently end up making incredibly stupid decisions.

One reason is our inbuilt cognitive biases. We often make quick decisions about complex issues on the basis of our past beliefs or even chance associations. After we have made these decisions – which often happen in a matter of milliseconds – we start the laborious process of proving ourselves right. We seek information which justifies decisions already made. Many members of the public have already made up their mind about about Trumponomics, Europe or climate change. All they focus on is finding information which confirms their split-second decisions. Information which questions their beliefs is carefully ignored; it could make them uncomfortable and require them to think again.

And it is true that paying attention to the evidence of experts can be uncomfortable. There are difficult contradictions that require humiliating climbdowns. Humans tend to avoid what psychologists call cognitive dissonances at all costs. When the facts don’t fit our beliefs we tend to prefer to change the facts, not our beliefs. In our own research we found that senior managers would ignore evidence that expensive change process had failed so they could cling to the idea they had wisely allocated the company’s precious resources. A study of the decline of mobile phone company Nokia shows this process very clearly. 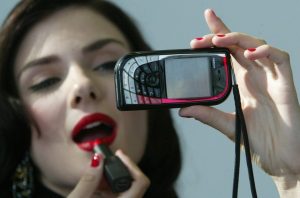 A further reason we ignore experts is that heeding their advice can create social discomfort; it can create awkward discussions with your peers. To avoid such discomfort people choose to rely on the judgements of their peers instead. In the short term this can mean social interaction flows along smoothly and you remain an accepted member of the group. But in the longer term it can create the kind of suffocating groupthink that did for Nokia – alongside some pretty powerful rivals, of course.

Economists usually have little impact on public opinion about important issues. Research shows that the only time economists sway public opinion is when it is about a technical issue. When opinion is about a highly symbolic issue, such as the EU, the public ignore economic evidence. When members of the public are exposed to economists’ opinions which are counter to theirs, they become more strident in their views. They seek out information which discredits expert opinion and ignore information which supports it.

At best, it can mean the public simply disregard the views of experts when it contradicts their own. At worst it can create a backlash where expert opinion swings public opinion in the opposite direction. This is what happened in the case of anti-vaccination advocates: the more expert opinion there was, the more stridently proponents of the anti-vaccination campaign clung to their views. 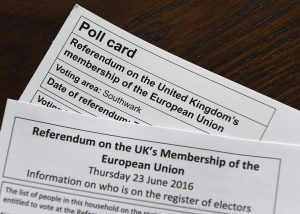 Will you do as you’re told? EPA/ANDY RAIN

We are more likely to harden our views against expert consensus when those at the top are more divided about the issue. A study by three US political scientists found that as US political parties have become more divided over the past 25 years, people have become more likely to believe strongly in issues which their side endorses but for which there is little substantive evidence.

It’s not just the poor, silly public. The way which experts think about complex issues is just as clouded. They are often unwilling to listen to views outside their own narrow professional circles. One study found that economists almost exclusively draw on ideas from other economists. This is quite different to other social sciences which are more likely to draw on other disciplines. Furthermore, when there are high levels of agreement among economists, there is often the largest gap with wider public opinion – in some cases as large as 35%.

So don’t be surprised when experts double down on their warnings about Trump, Brexit or climate change and appear to have the opposite effect on public opinion. Whether we are all stupid or not is a moot point, but we can certainly be decidedly obstinate in the face of the most compelling evidence.