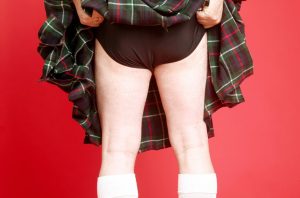 Most people’s shortbread-tin ideas about the Highlands and Islands are missing a key traditional ingredient. 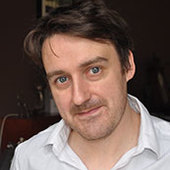 Either way, sex is unlikely to be near the top of your list. Yet the history and culture of the Highlands is saucier than the lid of a shortbread tin or the contents of a catechism would suggest. You just need to know where to look – or how to listen.

Scottish Gaelic poetry and song has a rich, frank and raucous heritage. Take the Argyll noblewoman Iseabail Ní Mheic Cailéin, for example, who wrote a song 500 years ago in praise of her family priest that would make a BBC Radio 1 programmer shudder:

This may have been anti-clerical propaganda, which was not uncommon at the time, but it is also an unabashed acknowledgement of female sexuality and desire – and a generous advertisement for Fergus, whoever he may have been.

For those that don’t know, the chanter is the pipe part of the bagpipes. The same instrument is also integral to two poems Mac Mhaighstir Alasdair wrote about his wife, both of them based on the rhythms of pipe music. In Praise of Morag likens his wife’s breasts to “geal criostal” (white crystal) and lily of the valley, while comparing her sides to bog cotton and her kisses to cinnamon. 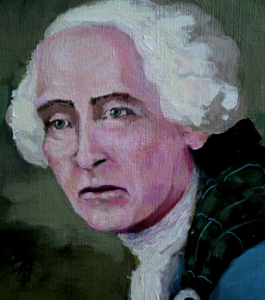 But then comes In Dispraise of Morag, written after his wife discovered he’d been wooing another woman. Now Morag is “A bhan-pheacach sin gun loinn, / Làn de dh’fhòtas innt” – “a graceless sinful girl, / full of stinking pus”. It demonstrates his great ability to shift from romantic compliments to acid put-downs.

Another of Mac Mhaighstir Alasdair’s interests is rotting bodies – especially genitalia, both male and female. His poem on an outbreak of gonorrhoea in Ardnamurchan in the western Highlands, for example, describes members so “fetid” they’re “shedding their skin”, leaving them “stripped”, “dripping” and “crippled by clap”. This is relatively unusual in Gaelic poetry, though there are parallels in works by François Rabelais, Jonathan Swift and Alexander Pope.

Many images in Gaelic love songs are common to the level of cliche. Breasts are like mountain-peaks, the colour of snow. Flanks curve like swan necks. Voices are sweeter than harp strings. Kisses are honey. Thighs are like tree trunks. 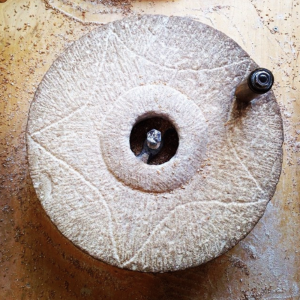 Such double meanings have largely been lost as a result of the influence of the church and particularly the decline of Gaelic culture in the 19th and 20th centuries. Now even Gaelic speakers struggle to read their own culture. Brochan Lom is often sung by choirs at the Royal National Mòd, the annual Gaelic cultural festival, and famously appeared in the pub scene of the film Whisky Galore! (1949).

Another port-à-beul from the oral tradition with saucy undertones is Am Muillean Dubh (The Black Mill), but you’ll likely miss the euphemism unless you know how to grind by pushing the rather phallic hand stone into the traditional quern to pound the grain. The “black mill” in the song is the vagina. The song associates it – perhaps fearfully – with devilish temptation:

Even from a cursory glance at old Gaelic verse, things are clearly going on that are missing from our understanding of Highland culture. We need to recognise the bawdy sense of mischief that was common currency in the tradition before it was swept aside by the religious revival in the 19th century. In contrast to the shortbread tin image of Highland culture, this sheds vital light on the past and the present – as Mac Mhaighstir Alasdair would have it, breasts, pricks, warts and all.