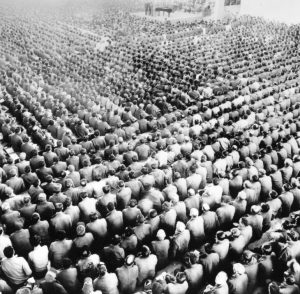 On the centenary of Jack London’s death, Benjamin Breen looks at the writer’s last book to be published in his lifetime, The Star Rover — a strange tale about solitary confinement and interstellar reincarnation — and how it speaks to us of the dreams and struggles of the man himself.

Twenty times a day, a catamaran sets out from the Northern California town of Larkspur. The vessel traces a graceful arc southward toward the San Francisco Ferry building, passing outcroppings of red boulders, low hills of golden grass, and the occasional houseboat. Before long the skyline of San Francisco appears, pearly white and silver towers surmounting the permanent bank of fog that shrouds the Golden Gate. The tourists who throng at starboard to take in the view rarely notice that another landmark looms directly behind them. San Quentin.

The prison’s environs are disarmingly beautiful. The building itself, of course, is as stern as one would expect a maximum-security penitentiary to be — all stained concrete walls and grim, cathedral-like buttresses. But the landscape is enchanting. At night, with crickets humming in the hills and mist-shrouded stars glowing above San Francisco, the juxtaposition feels dreamlike, hallucinatory. It is here, in this prison amid paradise, that the action of Jack London’s The Star Rover plays out. 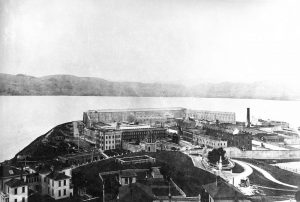 London’s sole foray into the realm of science fiction and fantasy is simultaneously a hard-bitten, minimalist monologue about life in solitary confinement and an exuberant tour of the universe. The book’s narrator, Darrell Standing, moves disarmingly from the agony of his confinement in a strait-jacket to his travel amidst the stars equipped with a glass wand that allows him to access an infinity of past lives, including a fourth-century hermit, a shipwrecked seal-hunter, a medieval swordsman, and a confidant of Pontius Pilate. It is a novel about sensory deprivation in a shared reality, and sensory overload in a private one.

This is a deeply eclectic book. It borrows liberally from the forebears of the fantasy genre: fairy stories, Norse legend, Greek myths. But it also manages to include feuding UC Berkeley scientists, “dope fiends,” Neolithic hunter-gatherers, kimchi, and a journalistic exposé of the modern prison system. The bizarre multiplicity is precisely the point. London’s narrative does many things, but it always seems to circle back to the question of how the worlds encompassed within a single consciousness can interfere with the shared reality of modern society. As we hurtle towards a near future of immersive virtual reality and unceasing digital connectedness, The Star Rover has much to tell us. 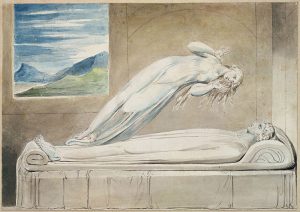 William Blake’s “The Soul Hovering over the Body”, an illustration to Robert Blair’s The Grave (1808) / Wikimedia Commons

The novel’s evocation of confinement sprang from a painful first-hand experience. London grew up impoverished and fatherless, and he lived rough as a teenager. During the winter of 1894 he served thirty days in the Erie County Penitentiary in Buffalo, jailed for the crime of vagrancy at the age of eighteen. The grimness of this wintry prison stint stuck with London. “Man-handling was merely one of the very minor unprintable horrors of the Erie County Pen”, he wrote in his memoir The Road (1907):

I say “unprintable”; and in justice I must also say indescribable. They were unthinkable to me until I saw them, and I was no spring chicken in the ways of the world and the awful abysses of human degradation. It would take a deep plummet to reach bottom in the Erie County Pen, and I do but skim lightly and facetiously the surface of things as I there saw them.

London’s experiences of prison and riding the rails in the fallout of the Panic of 1893 radicalized him. He joined the Socialist Labor Party in 1896 and began giving fiery speeches in Oakland parks. By the time he began The Star Rover — which originally entered the world as a magazine serial in February of 1914 — London drifted away from Socialist politics. Yet the narrative retains a vein of gritty realism that recalls the work of his friend Upton Sinclair. The central character Darrell Standing’s confinement in “the jacket” was inspired by London’s interviews with Ed Morrell, a former Old West outlaw who had suffered a brutal period of confinement in San Quentin. Amidst his star roving, Darrell Standing also finds time to reflect on the evils of the Philippine-American War: “It was laughable to behold Science prostituting all the might of its achievement and the wit of its inventors to the violent introducing of foreign substances into the bodies of black folk.” 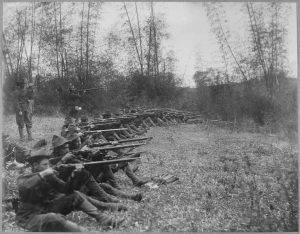 London was wrapping up the writing of The Star Rover when the First World War began. Although he couldn’t have anticipated the looming cataclysm of August 1914, London’s personal life had been in a shambles since the previous summer. That August, his beloved country estate, Wolf House, had burnt to the ground under mysterious circumstances. In the same year, he penned Jack Barleycorn, an autobiographical novel about what London, a severe alcoholic, called “the clear white light of alcohol”. Olivia Laing, in her fabulous book The Trip to Echo Spring: On Writers and Drinking, observes that alcoholic novelists often circle around their disease in their fiction, never quite acknowledging the extent of their own denial. London’s self-described “alcoholic memoir” manages, somehow, to dance around its central subject, never fully acknowledging the substance abuse that would kill him at age forty. “Read John Barleycorn and you will soon enough discover what ails him”, wrote one of London’s acquaintances. “The tragedy is that he does not even seem to know how far gone he is.”

Yet London, at some level, did know it. His writings in this period reveal a keenly intelligent man attempting to work through the metaphysics of his own addictions. We see this in John Barleycorn’s personification of alcohol intoxication as a dialogue with a nebulous force that London calls “the White Logic”. We see it in the same book’s references to “Hasheesh Land … the land of enormous extensions of time and space”, and in the odd detail of Darrell Standing using needles to escape his prison cell (London had become an IV morphine user by this time). And we see it in the central motive force of The Star Rover, which is propelled not by drugs or drink but another form of altered consciousness — the hallucinations brought on by sensory deprivation.

The book, in short, centers on that famous concept of another drug-taking adventurer-writer, Arthur Rimbaud: “the systematic derangement of all the senses”. 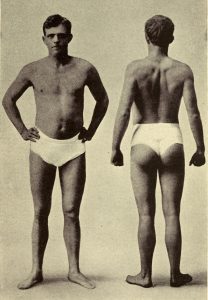 It is tempting to speculate about the degree to which London also found inspiration in the various occult currents running through the bohemian circles of the San Francisco Bay Area in the 1910s. It was a time and place in which members of Aleister Crowley’s Ordo Templi Orientis might meet the first wave of American Buddhists, or a young Gertrude Stein cross paths with John Muir. The Star Rover certainly channels the cosmopolitanism of the Bay Area in this pre-War era. Standing’s astral projection borrows from the aesthetics of post-Victorian occultists, just as his astral travels reflect London’s fascination with the lands across the Pacific. In one passage, Standing tries to use his bizarrely detailed knowledge of kimchi (“the best kimchi is made by the women of Wosan”) to convince his fellow inmates that he has tapped into a previous life as a shipwrecked sailor in Korea “who through, various births and deaths, bequeathed his experiences to me, Darrell Standing.”

There is something here of the eighteen-year-old Jack London’s desire to be what he called “a brain merchant”. Reading as much as nineteen hours a day (by his own perhaps unreliable count) London studied for his entrance exams at UC Berkeley with an urgency that almost suggested an erasure of the self, a desire to mentally inhabit other lives through books. Standing goes a step further: with his astral projection, he becomes these other lives, and the reader can follow him.

This desire to gain access to worlds beyond the self carried over from London’s obsessive self-education to his uncontrollable drinking. As London put it in 1913, there are two type of alcoholics: the first are those who drink to numb consciousness, abandoning reality in favor of “pink elephants” (the first use of the term in print, it would appear). The second seek a drunken brain and not a drunken body — an escape into creativity rather than oblivion. London reckoned himself among the latter camp, and we might read The Star Rover as an extended exploration of London’s own attempts to harness sensory derangement to creative ends. 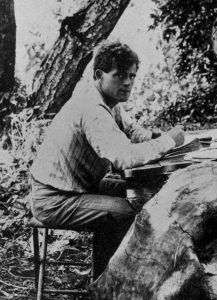 London writing in 1905, as pictured in The Book of Jack London (1921) by his wife Charmian London. the photograph is captioned “The Sea Wolf”, the name of Jack’s novel published the previous year / archive.org 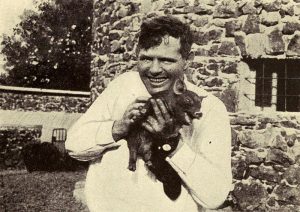 London, with pig, six days before he died, as pictured in The Book of Jack London (1921) by his wife Charmian London / archive.org

Darrell Standing also likens his hallucinatory visions of astral projection to what “men enjoy in drug dreams, and deliriums”. This, too, was a form of escape that London knew well. His most recent biographer, Alex Kershaw, describes London’s drug chest — filled with “strychnine, strontium sulphate, aconite, belladonna, morphine” and opium — as “the most important object in his life”.

Yet despite its themes of captivity, addiction, and murder, The Star Rover is also a celebration of the power of storytelling to overcome personal misery. Standing’s fantasies are an escape from reality, but, London seems to argue, a healthy escape. “Incessantly to remember”, narrates Standing, “means obsession, lunacy. So the problem I faced in solitary, where incessant remembering strove for possession of me, was the problem of forgetting”. To record everything, to forget nothing — Standing’s malady is familiar to us because it is ours as well. Perhaps the joyous and unrestrained creativity of The Star Rover suggests a solution.