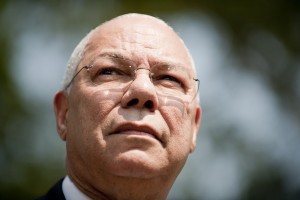 Arnie Seipel with “NPR” reports, “Speaking on the death of former first lady Nancy Reagan, Powell said he believed she would be ‘disturbed’ by the way her husband’s legacy is invoked by some people today. Powell spoke in an interview with NPR’s Michel Martin on All Things Considered.”

Powell is a Republican I have long respected in spite of social disagreements with him on some issues.  He is more representative of someone following in Reagan’s footsteps than most Republicans today, certainly far more than any of the current candidates.

I suppose we will see if Trump launches barbs and snipes at him, but that would be a mistake from which he just may not recover.  But then we’ve said that numerous times and he always seems to sail on through.