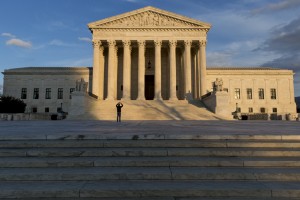 Robert Barnes with “The Washington Post” reports, “The Supreme Court on Monday overturned an Alabama Supreme Court ruling that said the state should not recognize a lesbian mother’s adoption of three children in neighboring Georgia.”

The Court ruled on the Constitution’s “Full Faith and Credit” clause which calls for state’s to recognize and enforce the judgments of other states regardless of their own laws.

Though currently only having eight Justices seated, the Court appears to continue recognizing the equal rights of all citizens per the Constitution.  This was undoubtedly a ruling not received well by many conservatives, but this ruling required Justices to vote with enough of a majority to include their own.