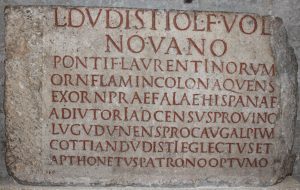 Quaestor to Consul or even Dictator, the path was clear.

The Cursus Honorum was the traditional path of magistracies a potential politician had to follow in order to get to the top of the political ladder. The path was as follows: 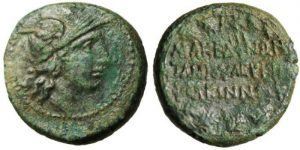 The first post was that of quaestor, which had a minimum age of around twenty eight. Elected by the comitia tributa, there were eight of these magistrates by the late Republic. Two of these were quaestors urbani who were expected to assist the annual consuls. All ex-quaestors were then entitled to membership of the senate. 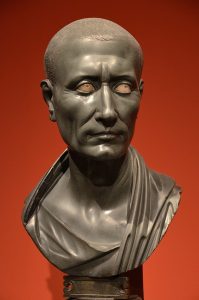 The so-called Green Caesar, a posthumous bust showing Julius Caesar as aedile dressed in a toga. Being idealised in contrast to earlier Caesar portraits, this portrait was adapted to the taste of the early Imperial Age. (Altes Museum, Berlin) / Photo by Carole Raddato, Creative Commons

Next was the post of aedile, of which there were four elected annually. Two were curule aediles elected by the comitia tributa and two were elected by the plebs in the concilium plebis. They had responsibilities for the general maintainance of the city of Rome, the corn supply and were expected to provide games and entertainments for the populace.

Then came the office of praetor. This post carried with it the power of imperium, the magisterial right to coerce, flog or put to death, symbolised by six lictors carrying ceremonial fasces (axes carried in bundles of wooden rods). After the time of Sulla there were eight praetors : one with responsibility for Rome’s civil jurisdiction (praetor urbanus), one for dealing with jurisdiction between Roman citizens and foreigners (praetor peregrinus), and six more to govern the provinces. They were elected by the comitia centuriata and at the end of their year of office could be granted a prorogatio to extend their govenorship, thus becoming a propraetor. The imperium of a praetor was inferior to that of a consul.

The post of consul was next, the two supreme annual magistrates, elected by the comitia centuriata. Each had imperium overriding that of the praetor and was attended by twelve lictors. They were expected to command armies, should it be necessary, preside over meetings of the people and the senate, and propose laws (leges,singular-lex), or more importantly veto the actions of his fellow consul if it was felt to be appropriate . Since the fourth century B.C. at least one of the consuls had to be of plebeian birth (this plebeian and his descendants were then entitled to be called nobilis forever). After their year of office, the consuls were sent out to govern one province each (chosen prior to their election, since the lex Sempronia of G.Gracchus, 122-121 B.C.), and they too could have their commands extended to become proconsuls.

Outside the regular path of the magistrates were several others which merit attention. First was the tribuni plebis (tribunes of the plebs) of which there were ten elected annually by the concilium plebis. Their persons were held to be sacrosanct and they had the right to veto any legislation. They also had the right to put legislation to the concilium plebis, whose decisions (or plebiscita) had the force of law. 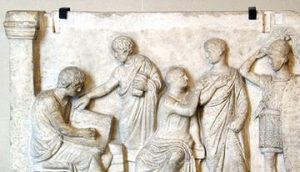 Secondly, the office of censor, of which there were two elected by the comitia centuriata every five years. Although it carried no imperium it was the most highly regarded office and involved the upkeep of the list of citizens and assigning them the correct property qualification, adding new senators to the senatorial rolls and removing those senators regarded as morally unworthy. Unlike other magistrates, the censors could not be brought to account for their actions.

Finally, there was provision in times of national emergency for the nomination of a dictator who would hold the post for six months. He had overriding imperium and was attended by twenty four lictors. His deputy was known as the Master of the Horse.

Under L. Cornelius Sulla’s revitalised constitution, the minimum age requirements were thirty for a quaestor, thirty nine for a praetor and forty two for a consul. A gap of at least two years was required between magistracies, and the same magistracy could not be held twice within a ten year period. This latter stipulation was one that Pompeius Magnus managed to have overlooked when he held a consulate in 55, and a sole consulate in 52. 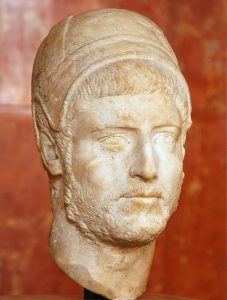 Also outside the cursus honorum were the priesthoods of the Republic, which came in several forms: The collegia of Pontifices, under the leadership of the pontifex maximus. There were fifteen pontifices by the late Republic (including the pont. max.) who also oversaw the actions of the Vestal Virgins (priestesses of the goddess Vesta) and provided an informal advisory board to the magistrates. In addition, the pontifices (sing.=pontifex) had responsibility over the flamines, the priests of individual Roman deities (e.g. the Flamen Dialis – priest of Jupiter; or the Flamen Martialis – priest of Mars. There were also fifteen of these by the late Republic).

The other category of priesthood was that of the augures (sing.=augur), who acted as diviners. It was their responsibility to look for signs of favourable or unfavourable omens from the gods, especially in the actions of bird flight or behaviour, or in unusual events in the regular course of animal sacrifice. These formed their own collegia, not responsible to the pontifex maximus.

All of the priesthoods were originally held by the patrician class prior to the struggle of the orders. Plebeians were admitted to priesthoods after a lex Ogulnia of ca. 300 B.C. Again, just as in the lack of separation between civil and military spheres of interest, it may be noted that the priesthood was not a separate entity from the secular world of politics. Priests were also politicians, and the world of the gods was intimately bound up with that of the state itself.

Originally published by Heather Wake under the terms of a general Creative Commons license.