Four states are having primaries/caucuses today for Republicans and two for Democrats.  Both parties battle it out for their nomination in Mississippi and Michigan today, while Republicans are also vying in Hawaii and Idaho.  The big kahuna today is Michigan, offering 59 delegates to the GOP and a whopping 147 delegates to the Democrats.  Sanders has significantly close Clinton’s lead there, and all eyes are on it today to see if he can pull off a win or another virtual tie at the very least.

I’ll be offering updates here and on Facebook as results come in tonight. 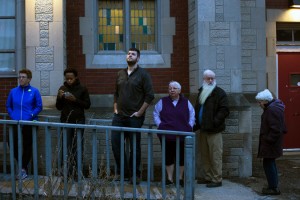 Nate Cohn and Jonathan Martin write for the New York Times, “Voters go to the polls in four states on Tuesday, with Michigan the biggest prize for both parties. Donald J. Trump seeks to strengthen his position as the Republican front-runner, while his rivals look to slow his drive toward the nomination. For the Democrats, Senator Bernie Sanders of Vermont faces a crucial test in his upstart campaign to derail Hillary Clinton. Here are some of the things we will be watching in the contests in Hawaii, Idaho, Michigan and Mississippi.”