All things must die. But when? / Shutterstock

A hotel in Reykjavík has on display a McDonald’s burger and fries, seemingly undecomposed after 2,512 days – and counting. It was bought on October 30, 2009, the day that the last McDonald’s in Iceland closed. But you don’t have to go to Reykjavík to see it: it has its own webcam so you can watch it from your armchair.

What makes this meal so long-lived? Well, I haven’t examined this particular burger myself, but chemical reactions cause food to decay – and understanding them can help us to keep food better and for longer.

Let’s start with uncooked rice – in many peoples’ minds it’s a foodstuff that will keep for a long while. Experts reckon that polished white rice will keep for 30 years when properly sealed and stored in a cool, dry place. This means in an airtight container with oxygen absorbers that remove the gas that can oxidise molecules in the rice.

Hotter food goes off faster; as you may remember from school science lessons, chemical reactions are faster at high temperatures because hotter molecules have more energy and so are more likely to react when they collide. It’s one reason we have fridges. But there is a limit. Above a certain temperature (approximately 50-100°C), the enzymes in a bacterium get denatured – their “active site”, where its catalytic activity happens and it binds to molecules to carry out reactions on them, loses its shape and can no longer carry out reactions.

Back in the 19th century, Louis Pasteur invented the process that bears his name. Pasteurisation kills the bacteria that make food go off and today this is applied mainly to milk. Milk that has been pasteurised by heating to just over 70°C will keep for two to three weeks when refrigerated, while UHT milk, made by heating to 140°C, will keep in airtight, sterile containers for up to nine months. Raw milk left in the fridge would last only a few days.

Living off the land

The short life of food was the reason that medieval armies “lived off the land” by scavenging, but in 1809 a Frenchman named Nicholas Appert won a prize offered by his government for a process for preserving food. He showed that food sealed inside a container to exclude air and then cooked to a high enough temperature to kill microbes such as Clostridium botulinum kept for a long time. 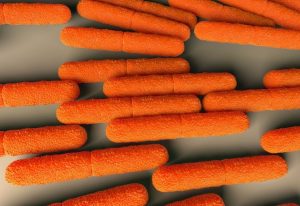 He’d invented canning, which came into widespread use, and not just for feeding armies and expeditions – it was immediately taken up by the civilian sector, too. Tinned food certainly works. Sir William Edward Parry, for example, took 26 tons of canned pea soup, beef and mutton with him in 1824 on his expedition to find the Northwest Passage. One of these mutton cans was opened in 1939 and found to be edible, if not very palatable.

Conversely, cold slows germ growth. Keeping food at around 5°C in a fridge slows microbial growth – but it doesn’t stop it. People living in very cold areas like the Arctic discovered this sooner, of course, without the need for fridges. And watching the Inuit fish under thick ice gave Clarence Birdseye the idea of fast-freezing food; this creates smaller ice crystals than ordinary freezing, resulting in less damage to cell walls, so the food not only keeps for longer but also tastes better.

Sugar and spice and all things nice

Beginning with communities in hotter regions like the Middle East, dried food has been around for thousands of years – the earliest cases are thought to date back to 12,000BC. Drying food, whether using the sun (and wind) or modern factory processes, removes water from the cells of the microbes that break down food. This stops them reproducing and ultimately kills them.

An extension of this is the use of salt (or sugar) to preserve food. While salt beef and pork may conjure up thoughts of the Royal Navy in the days of Jack Aubrey and Stephen Maturin – heroes of Patrick O’Brian’s Napoleonic novels – the process goes back much further than that.

Master and Commander: Aubrey and Maturin.

In the Middle Ages, salted fish like herring and cod were widely eaten in northern Europe, and fish was of course essential during Lent. The cells of microorganisms have walls that are permeable to water but not to salt. When the cell is in contact with salt, osmosis takes place, so water moves out of the cell in order to try to equalise the salt concentration inside and outside the cell, and eventually so much water is removed from the cell that it dies. No more bacteria.

Sugar has a similar effect, just think of fruit preserves, jam or jellies. Smoking also dries out food. Some of the molecules formed when wood is burned, like vanillin, will add flavour, while others, including formaldehyde and organic acids have preservative properties.

Freeze-drying is an up-to-date way of removing water from food, perhaps this is the kind of coffee that you use. Modern manufacturers are tapping into something that the Incas in the High Andes developed 2,000 years ago to prepare freeze-dried potatoes, known as chuño. The practice continues today. Potatoes are left out overnight, when freezing temperatures are guaranteed, then they trample on them, bare-footed, to mash them up. The blistering sun then completes the job – you have a food that will keep for months, food either for the Inca armies or the peasants of Bolivia and Peru. 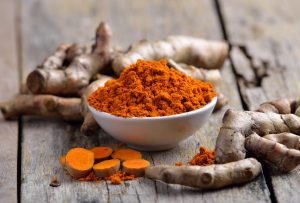 The antibacterial activity of some spices, notably cinnamon and coriander, is probably due to the aldehydes – reactive molecules containing a –CHO group, formed by oxidising alcohols and including hexenal, the molecule we smell when grass is freshly cut – they contain.

The spice that has got most attention is turmeric, made from the roots of a plant in the ginger family, Curcuma longa, and particularly a molecule it contains, called curcumin. Turmeric was used in food in the Indus valley over 4,000 years ago, as well as in medicine. Today, it may be a useful lead molecule against Alzheimer’s disease, as well as possibly interfering with various signalling pathways implicated in cancers.

So there is sound science behind the processes used to preserve food and some of these substances may have hidden benefits to our health. That hamburger in Iceland, however, remains a mystery. There certainly have been plenty of media stories trying to get the bottom of its apparent immortality – but the only way to be sure would be to subject it to rigorous scientific enquiry. Perhaps I’ll book my flight.