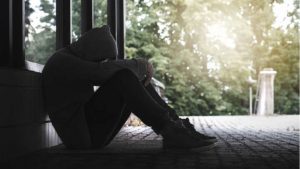 Social isolation is linked to increased blood pressure and depression. 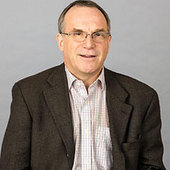 Imagine a 65-year-old woman who sees her physician frequently for a variety of aches and pains. She might complain of back pain on one visit, headaches another time, and feeling weak on the next. Each time, her physician does a physical exam and runs the appropriate tests, without finding anything to account for her symptoms. Each time, she leaves the office feeling frustrated that “nothing can be done” for what ails her.

However, if we looked more closely, we’d find out that this patient lost her husband five years earlier and has been living alone since. Her three children all live in other states. Although she dotes on her grandchildren, she sees them only about once a year. She has a few friends that she only sees occasionally. If asked, she would probably tell you that, yes, she is lonely.

This is a common picture in a family physician’s office. These ill-defined symptoms without any clear cause might well be the result of social isolation and boredom. Research shows that people who feel lonely have more health problems, feel worse and perhaps die at an earlier age.

Psychiatry, my specialty, has long known that feelings of all kinds can affect our physical health in profound ways. It seems officials are starting to take that seriously – the United Kingdom now even has a minister for loneliness. And for good reason.

In 2015, researchers from Brigham Young University looked at multiple studies on loneliness and isolation. Their results from several hundred thousand people showed that social isolation resulted in a 50 percent increase in premature death.

Humans evolved to be around others. Long ago, we hunted in small hunter-gather groups, where social cohesion could help protect from predators. Being alone without support in the wild is dangerous – and stressful. You’d have to be constantly vigilant for dangers, ready to go into “fight or flight” mode at any time.

Over the short term, stress can be healthy. But in the long term, uncontrolled stress becomes a problem. There’s good evidence that chronic stress elevates levels of a hormone called cortisol in the brain. Cortisol can decrease immune system responses to infections. It might even make neurons in the brain less active and even lead to cell death. It contributes to inflammation, which is connected to cardiovascular disease, stroke and hypertension and is probably a cause of depression.

Just like the person long ago in the wild, someone who’s lonely over the long term can experience these cortisol responses. Lonely people are stressed much of the time. 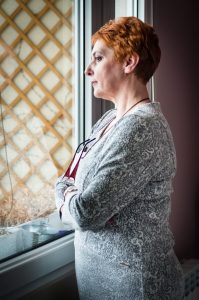 Another hormone named oxytocin seems to play a role in social isolation. In popular media, oxytocin is often referred to as the “love hormone.” This is an overstatement, but oxytocin is involved in relationships and pair bonding. For example, after birth, high oxytocin levels are associated with better mother-infant bonding.

Oxytocin also seems to be linked to reduced stress. For instance, it’s associated with decreases in levels of norepinephrine, the “fight or flight” hormone, as well as decreases in blood pressure and heart rate, much the opposite of chronic cortisol. Oxytocin also seems to decrease activity in the amygdala, a part of the brain that activates whenever there’s a perceived threat.

So what can we do about all this? There are no real medications to treat loneliness, unless one is also depressed or has high levels of anxiety.

Issues with loneliness seem to be more prevalent in older adults. The AARP found that about 17 percent of older Americans are lonely and or isolated.

CNN reporter and physician Sanjay Gupta suggests that society should start to view loneliness as another chronic disease. If so, then patients need long-term strategies to manage this problem.

Not surprisingly, the currently recommended treatment revolves around establishing social relationships. For older adults, joining the local senior center is a wonderful way to get involved in activities and meet people. What about volunteering? Senior volunteer programs are always looking for older adults who will deliver meals, do mailings and a variety of other activities. It is surprising how small things can also be helpful.

A simple phone call once a day from an adult child is an opportunity to share things from the day or about grandchildren. Even better, video conferencing via computer is easy and cheap. You can actually talk to and see your children and grandchildren who might be on the other side of the country. Studies in long-term care facilities found that pets can also reduce loneliness.

Because people have to be followed for years in order to determine if these or other interventions actually counteract the effects of loneliness, little work of this kind has been done as of yet. It seems reasonable, though, to think that psychosocial interventions are powerful, since healthy adults have these kinds of coping skills.

From a medical perspective, the wise physician will schedule people who seem to primarily be lonely for periodic visits just to talk. In my opinion, this could prevent more unnecessary testing and costly care.

Finally, even if you have a rich set of social contacts, maybe your neighbor who walks by alone on occasion doesn’t. Say hello.