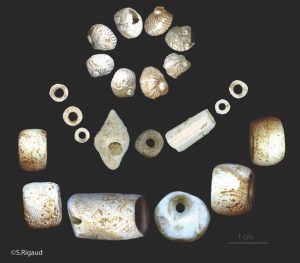 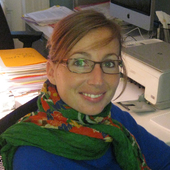 By Dr. Solange Rigaud / 04.09.2015
Researcher at the Center for International Research in the Humanities and Social Sciences
New York University

The adoption of farming has completely and definitively changed the relation between humans and nature. For the first time, by putting nature at their service through the development of a production economy, humans became the masters of their own destiny. It is one of the major economic shifts that occurred in the human evolution but also, by the adoption of a sedentary lifestyle, a complete cultural transformation.

A study, published in PLOS ONE today and conducted by a team from New York University and the University of Bordeaux, found that northern Europeans may have resisted the spread of farming into Europe from the near east about 8,000 years ago.

By studying how societies exchanged and adopted new decorative items – specifically beads and other ornamental objects – my colleagues and I gained insight into the cultural interactions that occurred between the last European foragers and the first farmers all over Europe. We found people in parts of modern-day Scandinavia and other northern locations resisted agriculture for centuries at the same that Mediterranean populations adopted farming.

One of the oldest centers in the development of farming is located in the Fertile Crescent. Near Eastern populations adopted sedentism 11,000 years ago, developed the first villages and progressively started to cultivate and breed mammals. Three thousand years later the first farming communities reached Greece and Bulgaria through the Bosporus and also likely by sailing through the Mediterranean islands.

Modern data show that important genetic exchanges occurred between these populations and the last indigenous foraging societies, but the nature and the extent of their cultural exchanges largely remain an open question. 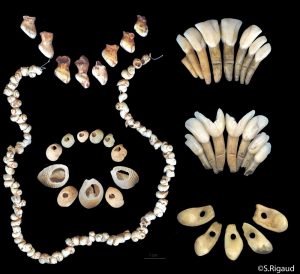 The debate over the contribution cultural exchanges or population changes made to the spread of farming goes back to the 1970s. A study published by Ammerman and Cavalli-Sforza described for the first time the so-called “wave of advance” theory, which implied local growth of sedentary populations and their expansion into neighboring areas.

Since this pioneering study, plenty of biological and archaeological researchers have explored the different cultural mechanisms and population events explaining the European transition to farming. Archaeological and anthropological data draw a dynamic and complex cultural landscape in all parts of Europe, involving contact zones, circulation of individuals between groups and adoption of new techniques and cultural traits.

In the meanwhile, many researches have shown that the transition to farming was not a linear process. It was slowed down, stopped or abandoned several times in specific regions before being definitely successful all over Europe. Its success was also concurrent with a complex succession of demographic booms and busts in the European populations, a decline in health and a rise in labor cost for food supply in many areas. It is likely that the adoption of domestication and sedentary life was promoted by a new system of beliefs reflected by detectable changes in material culture.

However, most of the large-scale archaeological research studies have focused on the technical and economic productions of the societies. Instead, our research team worked in the realm of symbolic objects to learn about the cultural mechanisms that led populations to adopt farming.

Cultural items with symbolic functions are generally considered more useful than functional artifacts, such as tools, for detecting cultural affinities between populations and patterns of cultural change through time. Numerous ethnographical studies have demonstrated that symbolic codes expressed by ornaments on the human body change in a given area as a result of cultural phenomena including population replacement and mixture, trade, and long-distance diffusion of cultural traits. Personal ornaments are therefore a reliable proxy to comprehensively investigate cultural and population dynamics at work during the transition to farming in Europe. 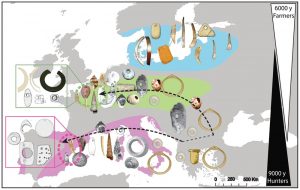 Over three years, we created a comprehensive database of the personal ornaments discovered in Europe at sites where the last foragers and the first farmers lived. We complemented the dataset by directly studying more than 3,000 beads using measurements and microscopic analyses.

Bead-types were classified with reference to raw material, morphology, system of suspension (ie perforation, groove), size, section and profile. In the case of shells and animal teeth, we also considered anatomical and species identification. We produced a matrix of 437 archaeological sites coded across 223 bead types.

Our results draw a dynamic map of cultural interactions between groups. They identify areas, in particular the Mediterranean region, where the introduction of an agricultural production economy goes hand in hand with the diffusion of new bead types.

These new beads were also incorporated into attires of the indigenous foraging societies. This implies that changes in clothing and ornaments were driven by the arrival of new populations and their new way of thinking.

In contrast, researchers discovered that in northern Europe, the first agriculturalists keep using – for centuries – the same personal ornaments used by previous foraging communities. These people lived in regions that are now in the north of Germany and Poland, Denmark, Sweden, Norway, Estonia and a small part of western Russia.

The reasons for such a strong resistance against the introduction of new fashions are unclear. Maintaining this cultural boundary delayed for several centuries the adoption of a farming economy in the North of Europe, which preserved the way of life of the local population and likely had consequences on genetic exchanges.

Our results indicate that reconstructions of the processes leading to the spread of production economies must not only consider the diffusion of novel techniques and know-how for food production but also the degree of cultural cohesiveness of local communities. Some may have been more or less receptive to newcomers and their symbolic systems.