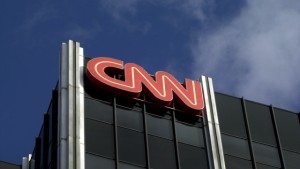 Supporters of Sen. Bernie Senators organized online to meet at Hollywood’s CNN Building to protest what they feel as over-coverage of Donald Trump and others and very little of Bernie Sanders, using the hashtags #OccupyCNN and #BernieBlackout

“Stop showing Trump so much,” said a man interviewed by Periscope user Sanders Fangirl. “Stick to the issues.”

“There should be fair and equal coverage for all presidential candidates,” said a man also interviewed by the Periscope user.

Supporters have been concerned about Sanders receiving much less coverage than other candidates since his campaign began.  He doesn’t offer the “juiciness” the media seems to typically look for and instead – *shock* – consistently talks about the issues important to him.

Others are gathering online to organize similar protests at media headquarters across the nation.