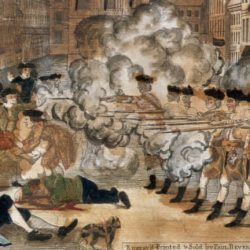 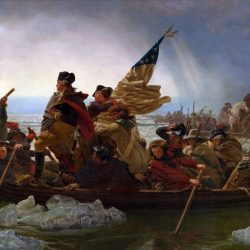 Washington’s crossing of the Delaware on Christmas night 1776 led to victory, but terrible weather led to more casualties than the battle. Introduction For most people today, Christmas is a time of food, family and festivities, when attention turns from work and woes to fellowship and celebration. Yet it has not always been so. In[…] 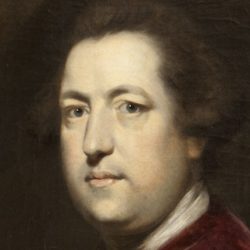 The British chancellor and exchequer and his soldier sibling pushed the interests of the empire at the expense of loyal colonialists. Americans normally see our Revolution as the culmination of a long period of gestation during which a free people finally threw off their colonial shackles and became what they were destined to be. On[…] 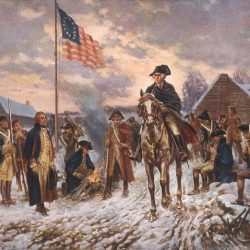 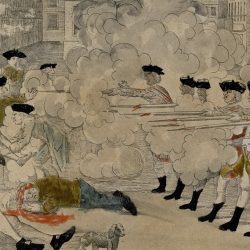 In 1775, opposition became armed rebellion. Many of the participants of the Continental Congress at Philadelphia, including Benjamin Franklin, assumed that victory over the British would be accomplished with relative ease. ‘You cannot conquer America’ Lord Chatham In reality, as George Washington, who had been granted the command of the newly-raised Continental Army, saw, the[…] 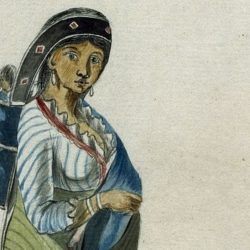 General George Washington gave the orders to destroy towns and take prisoners in Sullivan’s Campaign, but her story lives on. Soldiers called her many things: “a very old Squaw,” “helpless impotent wretch,” “antediluvian hag.” Only one recorded anything like a name: “Madam Sacho.” Yet we would not even know that much about her if, in[…] 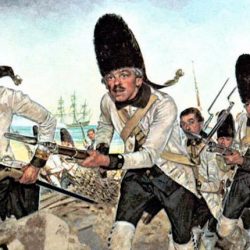 While the Marquis de Lafayette gets a share of the glory, names like Gardoqui and Gálvez are all but forgotten. Americans like to think of our nation as exceptional in nature, a dramatic break from all that came before it. Being exceptional, it’s inconvenient to acknowledge that two European powers provided invaluable assistance in our[…] 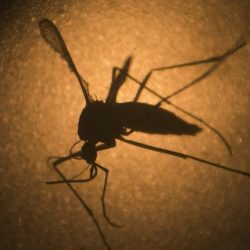 The blood-sucking insect has played a leading role in the rise and fall of empires throughout history. In recent months, millions of Aedes aegypti mosquitoes have been at work spreading the Zika virus in South and Central America. This summer, millions more, all capable of conveying the virus, will flit and bite throughout the southern U.S. Congress[…] 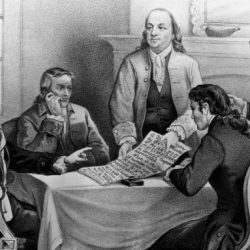 The committee delegated Thomas Jefferson to undertake the task, and he worked diligently in private for days to compose a document. Draft and Prints Jefferson’s letter to Weightman is considered one of the sublime exaltations of individual and national liberty — Jefferson’s vision of the Declaration of Independence and the American nation as signals to[…] 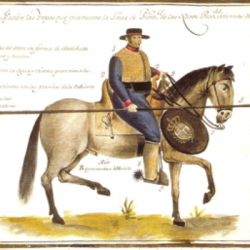 Spanish Presidios and Mexican Leather-Jackets in 1772. Spaniards responded to the unfolding story of the American Revolution with a mixture of trepidation and schadenfreude. Britain was Spain’s dangerous imperial rival. Britain had humiliated France and Spain in the French and Indian War. So Spaniards much enjoyed England’s crisis. But in 1775, the Count of Aranda,[…] 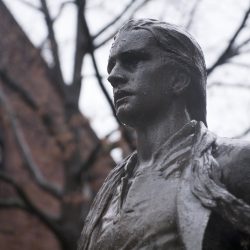 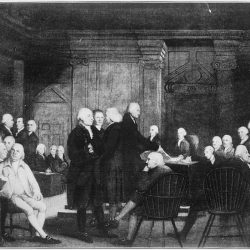 Times had taken a sharp turn for the worse. Lexington and Concord had changed everything. When the Redcoats fired into the Boston crowd in 1775, the benefit of the doubt was granted. Now the professional imperial army was attempting to arrest patriot leaders, and minutemen had been killed in their defense. In May 1775, with[…] 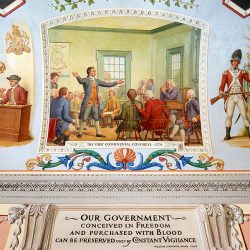 Americans were fed up. The “Intolerable Acts” were more than the colonies could stand. In the summer that followed Parliament’s attempt to punish Boston, sentiment for the patriot cause increased dramatically. The printing presses at the Committees of Correspondence were churning out volumes. There was agreement that this new quandary warranted another intercolonial meeting. It[…]