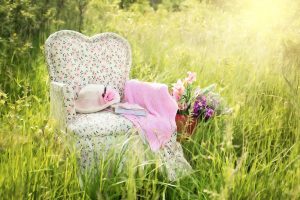 Can you feel the support of the chair?” My Rosen Method therapist asked.

“Hmm … no.” Seated across from my therapist in her office, I replied hesitantly after scanning my body for a sense of support.

“Try to feel some sense of support or connection,” she urged.

At that moment, I didn’t understand why connection would have anything to do with the chair. Nonetheless, I tried again. Although fully cognizant of being on a chair, my body didn’t and couldn’t register that experience as a kind of support. For a few long moments, I continued to search within me.

The more I searched, the more I realized that I’d never learned to accept support, nourishment, etc. Instead, I’ve often avoided human interaction.

I recalled that not too long ago, I was unable to accept appreciation and gratitude, either. My manager would thank or praise me for my efforts, but I wouldn’t respond to this. In contrast, if he told me to do something, I wouldrespond, usually in the affirmative.

To put this in an analogy, it was like he’d come to my door to give me a present, but I’d stand on the other side of the door without opening it or saying anything. I’d just stand there, quietly acknowledging his gift and appreciation, but I wouldn’t receive it. Instead, I’d hope that he’d just leave the gift at the door and walk away. Then, I’d open the door and take the gift.

“Well, maybe your inability to receive support is something deeper,” she said. 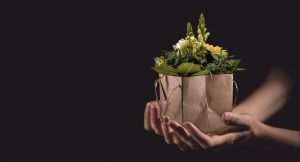 I sat with that comment for a few seconds. Sometimes a therapy session can reveal parts of ourselves of which we’d otherwise have no awareness.

I began to think about my mother’s story. Out of all her siblings, her parents sold her to a childless couple who didn’t treat her well. As soon as she had the means to take care of herself, she moved out and began living on her own. Later, her blood family came back to re-own her, but because of the rejection and abandonment she’d suffered, she slammed the door in their face.

Perhaps that was the source of my inability to receive. In 2014, when I first exposed myself to spirituality, my first energy healer told me that I carried “geographical karma,” as opposed to the personal karma that most people experience.

I didn’t understand this until recently, when I worked on some of my ancestral, institutional and structural psychological imprints, which are very different from traumas that we personally experience. The former are much stronger, but at the same time rather elusive—they’re there, but not there.

A while ago, a Taiwanese healer mentioned undergoing some deep healing during her Tibetan trip, as the higher altitude causes a low oxygen absorption rate.

From a metaphysical perspective, lower oxygen absorption means a reduced ability to receive, and to be nourished and nurtured. On her trip, those travellers who weren’t on a spiritual path would take pills to increase their absorption rate, while those who were didn’t take any pills. Instead, they healed themselves; more specifically, they worked on their ability to receive every day.

What’s surprising to me about this is that the healer had started her own personal healing only a decade ago, doing a few minutes of self-healing every single day. Today, she’s an established and experienced healer, holding multiple workshops in several Asian countries. Yet, she has more healing to do? What does that imply for people like me, considering that I started my healing journey just a few years ago, at a point when I had zero self-awareness?

Emotions of parents affect the child 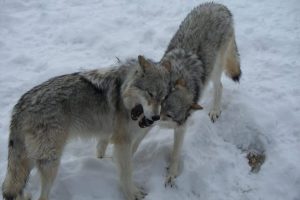 According to the Taiwanese healer, the emotions of parents can affect a child, even without any explicit expression of them. In the language of vibrational energy, each emotion carries a certain vibration, and even without being explicitly expressed, that vibration affects our environment.

By simply being in a particular environment, a child will unconsciously internalize certain vibrations. Later, those vibrations will manifest something in that child’s life, in relation to their relationship, career, money, etc. In other words, the child is the product or manifestation of the inner world of the parents.

While I was still sitting in my therapist’s chair, I tried to bring more awareness into my body. Specifically, I tried to feel not the chair itself, but the support of the chair. Then, slowly, I said, “Hmm … I think I feel only one percent of support.”

“OK, that’s great. One percent is great. Stay with that one percent. Feel it.”

I focused hard on that miniscule one percent, relishing what little support I could perceive. After a few moments, I said, “I feel that my upper body is more relaxed, especially my arms. I can even feel a sudden surge of warmth in my arms. It’s like the blood is flowing into my arms now. But my lower legs are still very stiff. They’re frozen.”

“Yes, I can see that your legs are very held in. That’s OK. Just stay with it. Feel the support. Maybe your one percent will grow to one and a half percent.”

Later, I moved onto the massage table. When the therapist placed her palm on my back and asked me to feel the support, I couldn’t feel it, although I could register the physical sensation of a human hand on my back. Then, she placed her palm on my chest. Immediately, without her prompt, I said, “Oh, I feel a strong sense of companionship, camaraderie or warmth.”

“A connection,” she replied.

She remarked, after the session, that I had a strong desire for deep connection. Yes, that’s true. Perhaps that desire was the result of my mother’s disconnection from her roots, which manifested as my inability to connect and receive.

Later that evening, I focused my awareness on my chest and felt an intense emotion lurking inside my rib cage. After releasing most of that emotion, I immediately felt support throughout my body. I also felt warmth and relaxation. Finally, my nervous system shifted into parasympathetic mode.

Consciously switching my body to the parasympathetic mode of the nervous system helped create a memory of it in my body. The next time, my shift happened more quickly. The more I practiced, the easier it became. Soon, it became automatic.

Little by little, a few other things started to shift. My body carries less tension, and its rhythm is slower. There’s more harmony within my body, as it no longer feels like the chaos during peak-hour traffic, but more like the quiet traffic on a Sunday morning. As my body calms down, I open up and am more able to appreciate the little wildflowers of life along the way. Sometimes, joy appears, seemingly out of nowhere.

The intensity of my go-go-go and do-do-do mentality has been gradually reduced, and I’ve shifted more towards the be-be-be mentality. That doesn’t mean I don’t do anything or get anything done, though. It means that I approach work without that obsessive-compulsive need to rush and achieve, often to the point of misplacing my values by placing more significance on the work than on the people.

One of the unexpected outcomes of my more relaxed approach is that I connect with people more, by way of negotiation, asking for help, being more open and transparent, communicating my expectations and thought process, etc. In return, I feel a greater sense of rapport with those I work with, and work sometimes feels more like play.

I’ve realized that the ‘soul purpose’ of doing isn’t to get something right or done on time, but to utilize the opportunity to interact and exchange energy, a process we call “building a relationship.” Through the relationships we build, we’re able to feel love, joy, support and appreciation—deep psychological nourishment.

Finally, I get to feel what it’s like to be a human being, instead of a human doing, and it makes me want to embrace life even more.