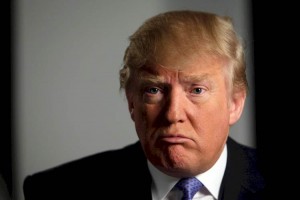 Donald Drumpf has been railing against releasing his taxes “pending the completion of an audit” and went so far as to tell George Stephanopolous that his taxes are really none of our business.

Mitt Romney has suggested that Trump may have something to hide.

“Something to hide” – that sounds familiar, where have we heard that before?

Why does Obama believe he shouldn’t comply with record releases that his predecessors did of their own volition? Hiding something?

Trump had a huge issue with President Obama and records releases when he tweeted this in 2012.  Now the 2012 GOP nominee, a position Trump now presumptively holds, is turning his own words against him that that he tweeted then: