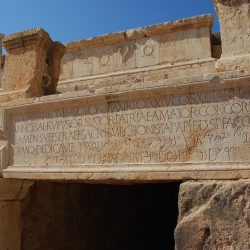 Inscription at the Theatre of Lepcis Magna / Wikimedia Commons 06.13.2016 When we think of ancient inscriptions we instinctively associate them with the idea of a message engraved in stone meant to be delivered to eternity. In theory, it was so also in the mind of the ancient Romans, but, as we know, theory does[…] 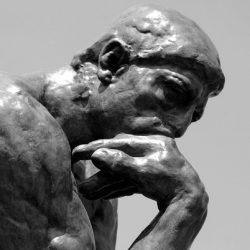 The Thinker (1880) by Auguste Rodin located at the Musée Rodin in Paris / Photo by Andrew Horne, Wikimedia Commons By Dr. James Fieser / 04.12.2009 Professor of Philosophy University of Tennessee, Martin PREFACE The following is a collection of famous quotations from the most influential philosophers since the time of the earliest Greek philosophers[…] 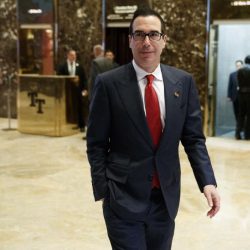 Steven Mnuchin, Trump Treasury Secretary Nominee   By Paul Kiel (left) and Jesse Eisinger (right) / 12.27.2016 In 2015, OneWest Bank moved to foreclose on John Yang, an 80-year-old Korean immigrant living in Orange Park, Florida, a small suburb of Jacksonville. The bank believed he wasn’t living in his home, violating the terms of its[…] 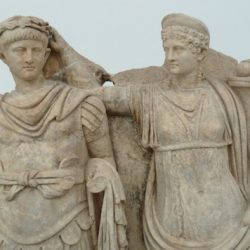 Agrippina Minor plaster cast in Pushkin Museum. The original was found in the surroundings of Rome, is part of the Farnese Collection, and is now in the National Archeological Museum, Neaples. By Dr. Emma Southon / 11.15.2016 Ancient/Medieval Historian Agrippina the Younger was the first empress of the Roman Empire, but almost no modern sources[…] 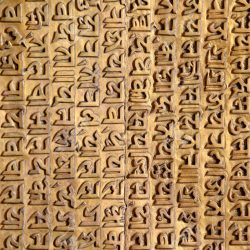 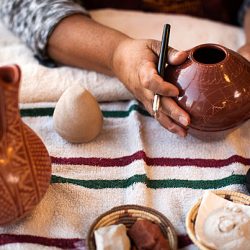 Native American offers hands-on insights into centuries-old artistry By Jill Radsken / 12.13.2016 With her small, strong hands, Wilma Tosa worked the dark gray clay across an old canvas cloth, folding in cups of water until the soft, kneaded material made a clean break in her hand. “If it bends, it’s too watery,” said the[…] 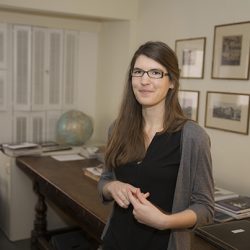 Laura Lewis, junior fellow in the Harvard Society of Fellows, is the author of a recent paper on new ways to use functional MRI scans to investigate the brain’s activity as it enters unconsciousness. / Kris Snibbe, Harvard Staff Photographer Study reveals way that scans can track rapid oscillations previously unseen By Peter Reuell /[…] 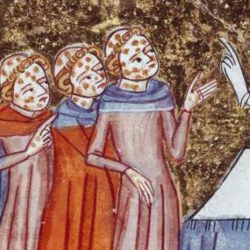 Infected monks. Religious figures were often the highest demographic of the diseased, as they had to perform last rites on the sick and dying. By Dr. Kathryn Meyers Emery / 05.17.2013 Mortuary Archaeologist The Black Death, or Bubonic Plague, was one of the most devastating pandemics to sweep through Europe. In only four years, this[…] 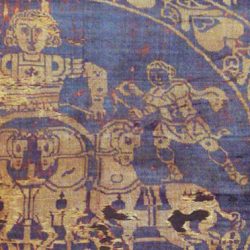 The Shroud of Charlemagne. Manufactured in Constantinople in 814. / 12th century Byzantine silk, the basis of Italian silk production and spoils of the Crusades. By Anna Costello / 12.08.2010 Historian One of the primary achievements within the reign of Justinian I was the obtainment of silkworms from China. We will analyze how this event[…] 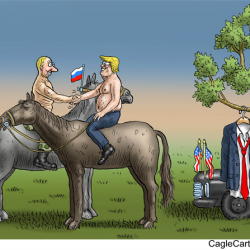 Marian Kamensky, Slovakia / Cagle Cartoons By Dana Milbank / 12.28.2016 Washington Post Columnist “Spare us the kissy-face.” It was June 2001 and I was covering President George W. Bush’s trip to Slovenia, where he had just met Vladimir Putin for the first time. I and others were struck by Bush’s praise for the Russian[…]