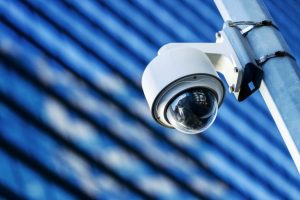 Survey data shows a public that is conflicted about how law enforcement adopts new technologies like body-worn cameras and online crime reporting tools.

People want two-way interaction with police online, according to a new report released by Unisys, but whether agencies will be able to fund the new technology projects to make that happen is another story.

The results in Unisys’ Safe Cities report — so named for its focus on security and public safety within the realm of smart cities research — show that 89 percent of U.S. residents are willing to use online media to submit evidence to law enforcement agencies. That willingness, however, is at odds with the public’s mixed trust in government and the public sector’s frequent shortage of funding, the report shows.

The study, published Tuesday and conducted by research company YouGov, included responses from 4,000 residents in 10 cities from around the world, including four in the U.S. — Los Angeles, Dallas, Chicago and Philadelphia.

And yet the use of facial recognition and surveillance technologies are on the rise whether survey respondents like it or not. Rising adoption at local law enforcement agencies is paralleled by new implementations by federal agencies like the Department of Homeland Security and General Services Administration.

Whether local law enforcement can afford to keep up this rate of new adoption is yet another story. Data released in December by the Public Technology Institute shows that stagnating budgets and workforce levels may make new technology investments a hard sell.