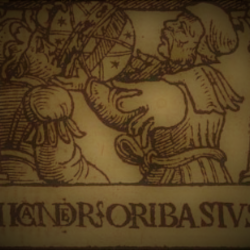 Oribasius was considered as one of the most illustrious representatives of intellectual circles. Introduction Oribasius (c. 320-400/403 CE) was the physician and political advisor of the Roman emperor Julian the Apostate (r. 361-363 CE). A native of Pergamon, a rich and powerful Greek city in Mysia, he studied medicine and oratory and belonged to the[…] 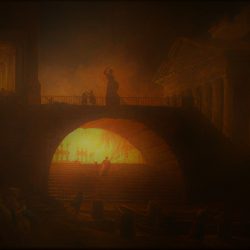 Facts or fiction? Post-truth in the Roman historians. Introduction This essay examines the way in which ancient historiography makes use of rhetorical and even fictional devices (dramatic poetry as well as the novel) to dramatize in writing down events which the historians obviously consider as being important for their judgement, ideologically or otherwise biased, of[…] 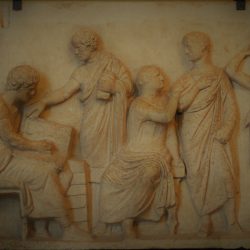 The censor’s regulation of public morality is the origin of the modern meaning of the words censor and censorship. Introduction The censor (at any time, there were two) was a magistrate in ancient Rome who was responsible for maintaining the census, supervising public morality, and overseeing certain aspects of the government’s finances.[1] The power of[…] 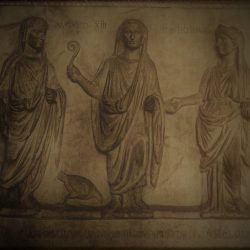 Membership in the various colleges of priests was usually an honor offered to members of politically powerful or wealthy families. Introduction The College of Pontiffs was a body of the ancient Roman state whose members were the highest-ranking priests of the state religion. The college consisted of the Pontifex Maximus and the other pontifices, the[…] 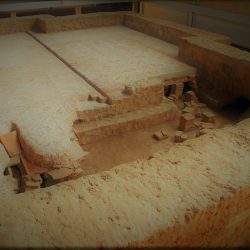 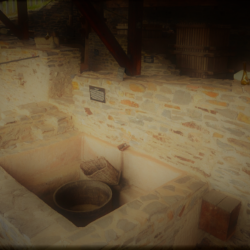 The Moselle River owes its name to the Romans, who called it Mosella or ‘little Meuse’. Introduction The Moselle Valley is Germany’s oldest winegrowing region. The Romans brought viticulture to this area and planted vines along the Moselle River 2000 years ago. After settling the region c. 50 BCE and establishing the city of Trier (Augusta Treverorum) in[…] 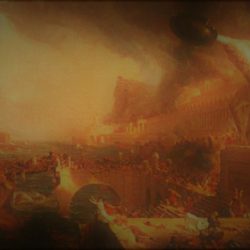 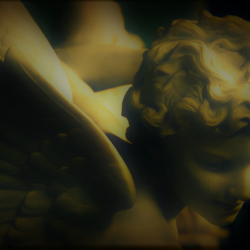 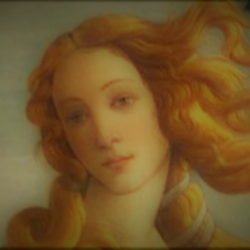 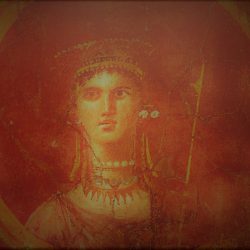 Venus has been described as perhaps “the most original creation of the Roman pantheon”. Introduction Venus is a Roman goddess, whose functions encompassed love, beauty, desire, sex, fertility, prosperity and victory. In Roman mythology, she was the ancestor of the Roman people through her son, Aeneas, who survived the fall of Troy and fled to[…] 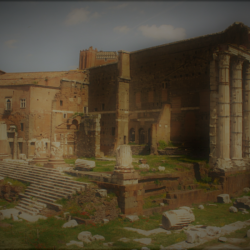 The Temple defined the authority of the new ideology of the rising Augustan empire. The Temple of Mars Ultor was an octastyle sanctuary created with the Corinthian order in Ancient Rome. The construction has been completed in 2 BC but the project of Augustus stems from the victory obtained by the battle of Philippi in[…] 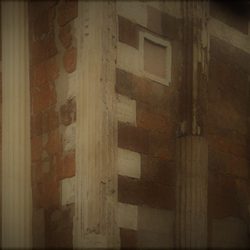 This small temple is a rare surviving example from the Roman Republic. It is both innovative and traditional. Introduction The Temple of Portunus is a well preserved late second or early first century B.C.E. rectangular temple in Rome, Italy. Its dedication to the God Portunus—a divinity associated with livestock, keys, and harbors—is fitting given the[…] 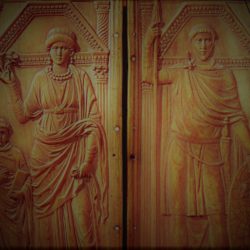 Some historians point to Stilicho’s ambition and blame him in part for the fall of the Western Roman Empire. Introduction Flavius Stilicho (365-408 CE) was a Roman army commander, who rose in the ranks under the reign of Roman emperor Theodosius I (r. 378-395 CE) and eventually became the regent to his son Honorius (r. 395-423 CE).[…] 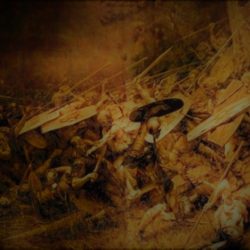 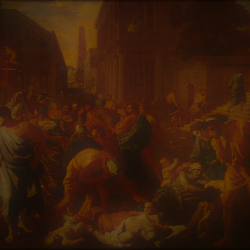 Epidemics haunt history, but they shape history too, as happened in 212 BCE at Syracuse. “The dogs were the first to feel the mischief; next the birds flagged in their flight and dropped down from the black clouds; and then the beasts of the forest were laid low. Soon the infernal plague spread further, depopulating[…] 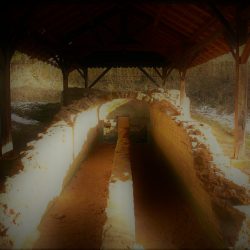 Most Roman aqueducts proved reliable and durable. They still stand today as a testament to that. Introduction The Romans constructed aqueducts throughout their Republic and later Empire, to bring water from outside sources into cities and towns. Aqueduct water supplied public baths, latrines, fountains, and private households; it also supported mining operations, milling, farms, and[…] 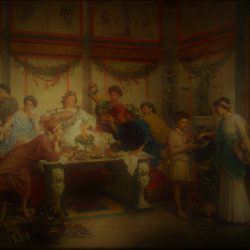 Getty curators answer your questions about ancient parties. If the ancient Greeks and Romans were still around today, we might say they “know how to party.” With dozens of gods and goddesses to celebrate, plus birthdays and other religious holidays like Saturnalia, the Greeks and Romans had many opportunities for revelry and merrymaking throughout the[…] 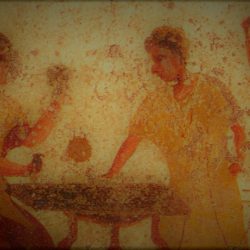 How the Romans celebrated Saturnalia. Happy Saturnalia! This ancient Roman holiday honors Saturn, the god of seed-sowing, and celebrates the promise of a spring harvest. Originally just one day, over the centuries the festivities grew to last a whole week, starting on December 17 and coinciding with the winter solstice.⁠⠀ In Rome, the holiday was[…] 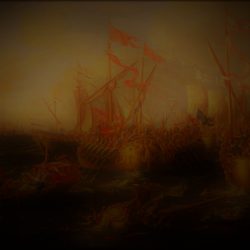 Antony’s defeat marked the end of the Roman Republic and the rise of the Empire under Octavian Augustus. Introduction The Battle of Actium was a naval battle in the last war of the Roman Republic, fought between the fleet of Octavian and the combined forces of Mark Antony and Queen Cleopatra of Egypt. It took place on 2 September 31 BC in the Ionian Sea near the[…] 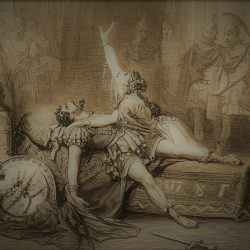 He was accused of betraying his Roman citizenship by forming an alliance with a foreign queen. Introduction Marcus Antonius (c. January 14, 83 B.C.E. – August 1, 30 B.C.E.), known in English as Mark Antony (also spelled Marc Anthony; Latin, Marcus Antonius), was a Roman politician and general. He was an important supporter of Gaius Julius Caesar as a military commander and administrator. After Caesar’s assassination, Antony allied[…] 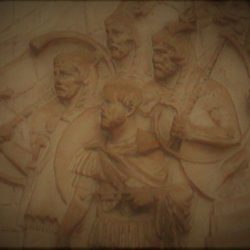 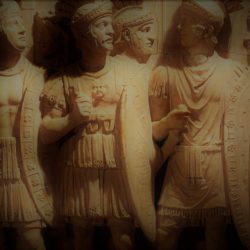 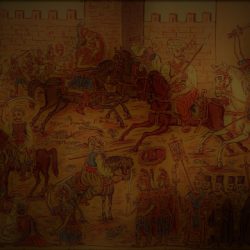 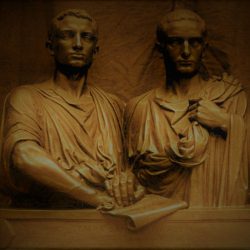 Violent rhetoric and disregard for political norms was the beginning of Rome’s end. By Jason Daley The U.S. Constitution owes a huge debt to ancient Rome. The Founding Fathers were well-versed in Greek and Roman History. Leaders like Thomas Jefferson and James Madison read the historian Polybius, who laid out one of the clearest descriptions[…] 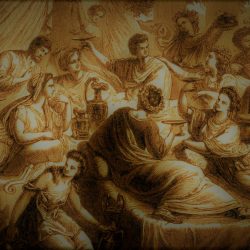 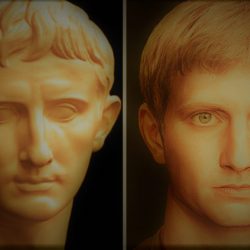 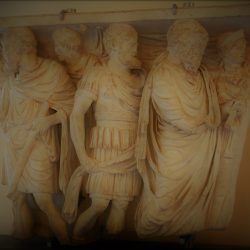 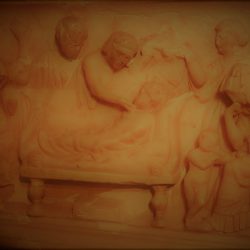 The funeral procession was marked by the movement of bodies, both living and dead, and the loud noise that it generated. By Steven Fife Introduction The Roman funeral was a rite of passage that signified the transition between the states of life and death. It was very important to conduct the proper ceremonies and burial in order to avoid having[…] 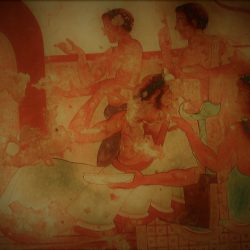 Tombs include arts and goods that indicate person’s economic and social rank. Originally published by the Journal of the Etruscan Foundation 7:3 (2000, 35-49), free and open access, republished for educational, non-commercial purposes. 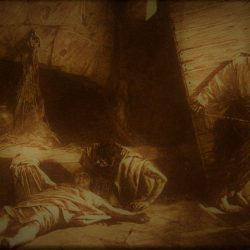